Ending all the speculations over an injury, Asuka made her return to WWE television this week on Raw. She was all over Shayna Baszler showcasing how the latter one was the reason behind the absence. The good thing was that the Women’s Champion was able to be back in action but she won’t be over with the injury for sometimes, at least.

As seen a few weeks ago, Shayna Baszler delivered a stiff kick on Asuka right into the face that uprooted one of her teeth. As she was absent from TV, thereafter, a rumor became rampant about the former NXT Women’s Champion suffering a concussion. But thankfully that wasn’t the case and she won’t be missing WrestleMania 37, either.

Now, Asuka has opened up on her injury situation. She updated the fans using the NowVoice app message system. Speaking on the Japanese social media app, she stated that she has only temporarily fixed the problems. The tooth she is using is temporary. She will need about six months before this injury gets totally cured. Now that’s something that she would have wanted the least to happen.

But professional wrestling is a body contact sport where injuries can happen at any point and one just has to be ready about it. Also, the match participants have to be extra careful while performing any moves so that they don’t end up hurting anybody. For Asuka, it was considered to be a mishap as Shayna Baszler apologized, right on the spot.

The Empress of Tomorrow is currently not slated for a match at WrestleMania 37. While but Charlotte Flair is present on the poster, Asuka was omitted from the graphics but the return on Raw raised hopes that WWE won’t let her miss the Biggest Event of the Year. 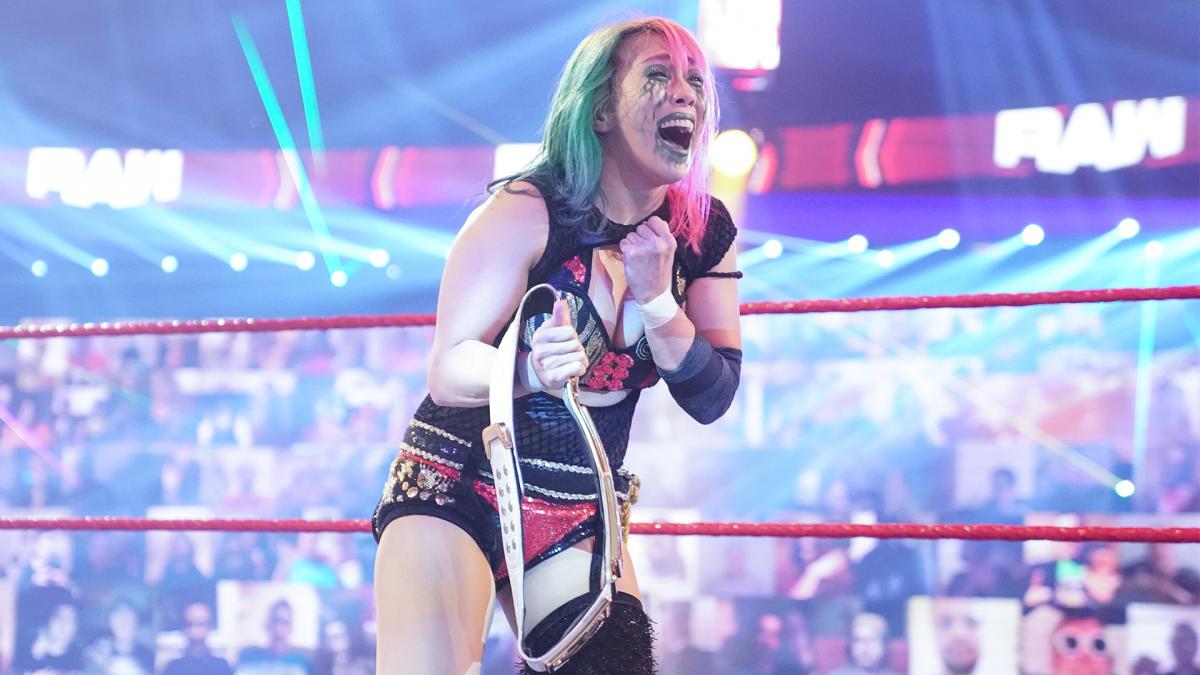 It’s a good thing that Asuka was able to be back in time for WrestleMania 37 while the previous reports kept her status in jeopardy. According to the Wrestling Observer Newsletter, the champion was out of action with a concussion. But they also noted how she could just be fine within a couple of days. So the assumption is that she was only medically cleared on Monday Night itself before showing up, on TV.