PISCATAWAY, N.J. – Honoring a tradition of excellence for Rutgers women’s basketball, the Scarlet Knights are going dancing again at the NCAA Tournament. Rutgers earned an at-large bid and a No. 6 seed, and will face No. 11 BYU in the First Round of the Mercado Region on Monday, March 22 at noon on the campus of Texas State.

The winner will advance to the Second Round on Wednesday and meet the victor of No. 3 Arizona versus No. 14 Stony Brook. NC State is the No. 1 seed in the region.

The No. 6 seed is Rutgers’ highest since a 6-seed in the 2012 tournament. The Scarlet Knights earned the seed and the at-large bid with a 14-4 overall record and a 10-3 mark in the Big Ten, having won the final nine games of the regular season consecutively – signifying the program’s longest conference winning streak since 2004-05.

Rutgers was poised to qualify for the 2020 NCAA Tournament last March before the postseason was cancelled due to COVID-19. The Scarlet Knights were 22-9 and were led by seniors Khadaizha Sanders, Jordan Wallace, and Danielle Migliore, who never got to see Rutgers’ name called on Selection Monday.

The 2020-21 Scarlet Knights scored 75.6 points per game, the highest scoring offense in Coach Stringer’s tenure “On the Banks.” RU produced three 80-point performances in the Big Ten after totaling three in the six seasons prior, and scored 80 or more in five-straight overall games for the first time since 1990-91. Meanwhile, Coach Stringer’s patented defense has been as potent as ever, holding seven consecutive conference opponents under 60 points for the first time since the 2006-07 National Championship runner-up team. Rutgers leads the Big Ten and ranks fifth in the country in steals (12.6), while also leading the conference in scoring defense (57.1), field goal percentage defense (.376), and blocks per game (5.5).

Ishan Kishan, a product of the T20 age- The New Indian Express 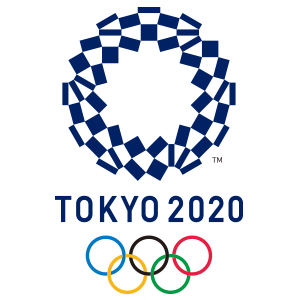