The Wisconsin Badgers men’s basketball team (17-12, 10-10 Big Ten) was back in action Friday night as part of the Big Ten Tournament in Indianapolis. The Badgers barely eked by Penn State in their opening game of the tournament behind some hot shooting from three the night before, but were tasked with a much harder opponent in Iowa in the next round.

In the third rendition of Wisconsin/Iowa, it was the Hawkeyes who came away with the five-point tournament win.

Wisconsin missed nine of their last 10 shots, and went over nine minutes without a FG at the end of the game.

From the tip, the two teams would trade buckets early on. Iowa would snag a quick 9-7 advantage at the media timeout, with Luka Garza accounting for five points and two blocks in the first five minutes of game action.

Iowa would add to their lead over the next few minutes, as Nate Reuvers was exiled to the bench with two fouls in only two minutes of game action. By the next media timeout Wisconsin would find their shooting touch and tighten the game back up to only one behind some tremendous shooting by Brad Davison.

By the final media timeout of the first half the Badgers were able to establish a four point lead. Micah Potter and Aleem Ford were active on both ends of the court during that key stretch, with Potter delivering a huge three just before the timeout on the court.

The Wisconsin defense clamped down on Iowa to close out the half with a six point lead, and plenty of momentum on their side.

Potter leads the way for Wisconsin w/ 11pts, 5 rebs.
Luka Garza has 18 pts on 7-10 shooting, but the rest of Iowa has been unable to score on the UW defense.

Coming out of the intermission, Wisconsin went cold. Iowa was able to string together a 7-0 scoring run, and just like that the Badgers lead was only one-point with 13:57 remaining in the game.

The game got extremely physical over the course of the next few minutes, as Iowa was able to take advantage of multiple offensive rebounds to grab a 50-48 lead with just over eight minutes remaining.

Over the course of the next few minutes the Badgers would go on to miss their next six shot attempts from the floor, but luckily Iowa was not able to do much better. With just under 4:30 left in the game, the score was all tied up at 52 apiece.

The Hawkeyes were able to string together three straight makes down the stretch, and Wisconsin’s inability to score a field goal ultimately doomed them. The Badgers fell 62-57 and were eliminated in the Big Ten Tournament.

Against anyone that did not have the last name Garza the Wisconsin defense was relentless in the first half. The Badgers did a great job of closing out on jump shooters, and were also really good at grabbing loose balls and forcing turnovers. Outside of Garza, the rest of Iowa only shot 22%, and combined for eight turnovers. Tyler Wahl in particular was really good on the defensive end, as he held Joe Wieskamp to only four points, and he also added two takeaways in 13 minutes of action.

The game was extremely physical, but allowing nine offensive rebounds is not going to get it done. Especially after doing so well on the defensive glass in the first half.

A big reason for Wisconsin lead at halftime was the continued strong shooting from three-point range. A night after shooting over 50% for the game from deep against Penn State, the Badgers were 4-of-9 in the first half against Iowa. Those numbers vastly outpaced their shooting percentage on the season, and it finally appeared as though the law of averages shifted in Wisconsin’s favor.

On the other end of the court, Iowa was ice cold from three in the first half. As a team the Hawkeyes missed all 10 of their three-point attempts. For a team that came into the game averaging a hair under 40% on the season from deep, with three players averaging over 40% individually, their inability to convert from behind the arc was noteworthy.

During the second half, the three point outputs were fairly similar to the first.

The Badgers made three of eight attempts from three-point range in the second half, while Iowa was still only 2-of-10. The problem was that Wisconsin was unable to score from two-point territory, as three represented half of their eight makes for the entire half. Add in 14 turnovers for the game, and even improved three-point shooting wasn’t enough for the Badgers against Iowa.

I’m about to see how many beers I can drink in 9 minutes.

Coincidentally that is the same length of time in between Wisconsin field goals to close the game.

Remember against Penn State when the Badgers narrowly escaped with a win in spite of faltering down the final few minutes.

Well, Wisconsin did the same thing against Iowa but in much larger fashion.

In the latter stages of the game, Wisconsin recorded a nine minute scoring drought, and absolutely fell apart under the pressure.

Unnecessary turnovers and missed layups plagued the Badgers in the final handful of minutes, and Iowa was able to close out the game. Turnovers, and poor execution on offense makes winning games hard, especially against good teams, plain and simple.

Wisconsin has struggled frequently this season in late game situations, and this collapse was one of their worst of the season considering the importance of the game. A lot can be made about some of the non-calls that did not go the Badgers way, but Wisconsin didn’t perform the final 10 minutes of the game.

Fans are still waiting for a full 40-minute performance from this Wisconsin team, and right now they are running out of chances.

Up next: Wisconsin is a shoe-in for the NCAA Tournament, but their exact seeding and matchup is yet to be determined. Tune in on Sunday for the initial bracket release at 5 p.m. CST on CBS. 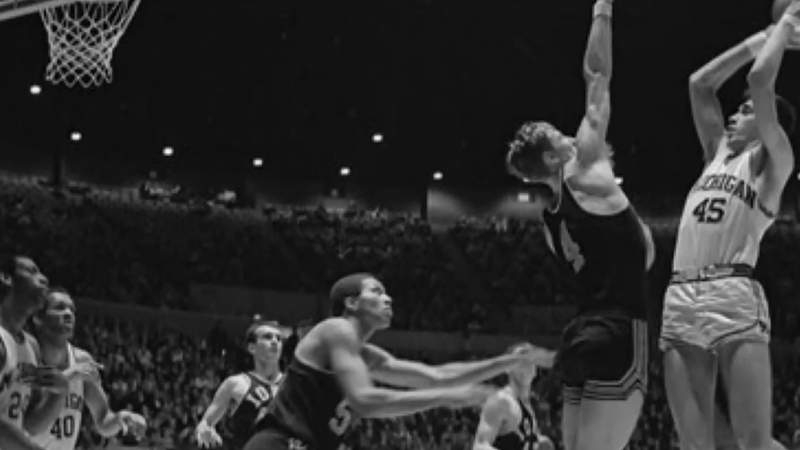