The Toronto Blue Jays have been one of the busiest teams this offseason, which is sort of funny to say because all of their notable moves happened in the past two weeks.

That includes bolstering the infield and outfield with the additions of Marcus Semien and George Springer. Both players immediately slot into everyday roles and make Toronto a better team.

OK, that was obvious. What’s less obvious is the question of which player adds more value to the Blue Jays. Let’s explore, shall we? Just keep in mind that we’re only assessing their value for 2021, since Semien (one year, $18 million) is not contractually tied to the Blue Jays nearly as long as Springer (six years, $150 million) is.

Projections can only tell us so much, but it’s better to at least have the option of looking at them, right? Together, Springer and Semien sneak in just behind Bo Bichette (4.0 fWAR) atop the Blue Jays’ leaderboard for projected offensive value. They’ve turned this lineup into one hellacious assortment of batsmen for opposing pitchers.

Mano-a-mano, we’ll give Springer the edge at the plate. He has consistently outperformed the pack, with an OPS+ of 114 or better in all seven MLB seasons (Semien, meanwhile, has cracked the league-average 100 OPS+ mark just once in eight years).

Springer has more pop, too, which is typical when comparing outfielders to infielders. But it’s a bit of a pleasant surprise that he slugs 35 homers per 162 games as a leadoff hitter.

With Semien, many are clinging to hope that he’ll return to his 2019 self at the dish, when he slugged .522, hit 33 home runs and finished third in AL MVP voting. Last year’s shortened season was a nightmare (.374 SLG, 91 OPS+), but we’ve seen what he’s capable of.

Let’s not get bogged down in the intricacies of defensive metrics, OK? There are so many of them, and if compressed into such a small section here they’d risk turning this article into a bad algebra equation.

Neither Springer nor Semien has a Gold Glove to his name. Fangraphs has found both to have produced seasons with positive value and negative value in the field. They are capable, if not spectacular, big league defenders — trust me. We needn’t dig too deep to find a differentiator here.

What’s easier and more pertinent to home in on is how their deployment in the field affects the team as a whole.

For Springer, center field at the Rogers Centre, Buffalo’s Sahlen Field or wherever the Blue Jays end up playing is his to roam. That bumps Randal Grichuk out, pushing him to a likely corner-outfield platoon with Teoscar Hernandez (right field) and Lourdes Gurriel Jr. (left).

In Semien, the Blue Jays gain a seasoned shortstop — but they don’t need a shortstop. That position belongs to Bichette, so Semien has graciously agreed to make second base his primary home.

Toronto had a -0.1 WAA at second last year, with a group led by Cavan Biggio (who figures to slide over to third), but it’s difficult to know how much value Semien brings here.

Having an extra, capable infielder is always nice, especially one who brings the position group’s average age up a few years. But Semien, 30, hasn’t played any games at second since 2014.

So, again, we’ll give Springer the edge here. But both players are creating flexibility at their respective posts, which is a good thing.

Time for the X-factor category, which is where Semien shines. In a recent story by Alex Coffey of The Athletic, Semien’s leadership in Oakland shone through. Check out what ex-teammate Mark Canha had to say:

“He’s created a culture (in Oakland). We didn’t have that culture when Marcus and I first showed up in 2015 … Young players couldn’t really speak up. That’s just how it was. Veterans ran the clubhouse, and they ran it a certain way, and in my opinion, it’s changed for the better. We’re a lot more inclusive now and that just allows for better cohesion and Marcus helped build that.”

That’s quite the endorsement from Canha, and it speaks to Semien being the type of player every team should want. The Blue Jays are getting older, but they still had the youngest position players by average age in 2020 (25.9 years).

Semien figures to be a seamless fit with this bunch. Another ex-teammate, Chad Pinder, called him, “Leader of the whole team, not just position players. Everybody looked up to him.” That’s the type of reputation you want to carry to a new squad.

Then there’s Springer, whose X-factor is tangled in a bit of controversy.

Springer was the World Series MVP for the 2017 champion Astros, which is the type of championship pedigree that no one else on Toronto possesses. But of course, that title — and, arguably, that MVP trophy — are tainted by Houston’s sign-stealing scandal.

Springer has not hidden from his or his teammates’ involvement, saying, “It’s one of those situations that we shouldn’t have been in,” during an NPR appearance, and, “We are all responsible,” during a team-wide public apology last February.

But while Springer has experience helping his team strive on the grandest stage — and there is inherent value in that — some of his greatest achievements might not be fair to accept at face value.

He does have an .895 OPS in 63 career postseason games, though, which is fantastic.

Both Springer and Semien add value at the plate, on the turf and off the field as well. It doesn’t really matter which one has more total value.

If the Blue Jays had to pick, though, they’d probably like to see it be Springer, given their $150 million commitment to him over the next half-dozen years. What to Watch: 2022 Nashville Superspeedway race 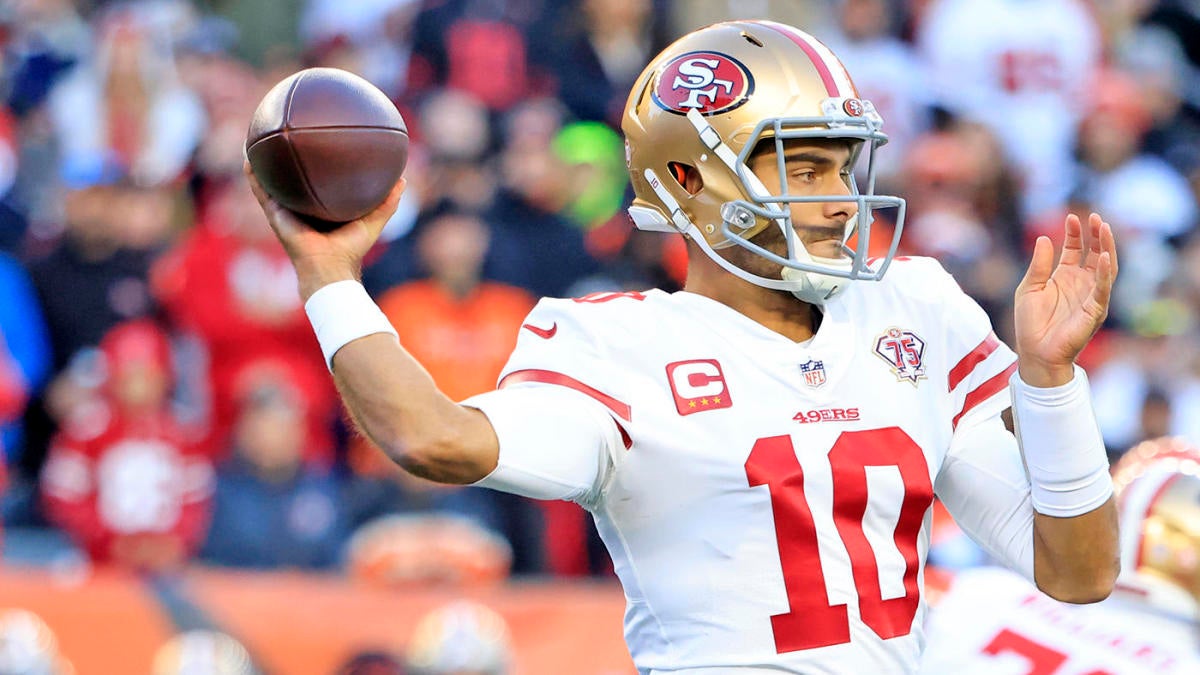 Jimmy Garoppolo’s shoulder recovery remains on schedule, could start throwing in next few weeks, per report