It is advisable to pick Tahlia McGrath as the captain of any one of your Dream11 Fantasy teams.

Match 22 of the Women’s National Cricket League 2021 will be played between Western Australia Women and South Australian Scorpions at the W.A.C.A. Ground in Perth.

The bottom two teams on the points table, Western Australia Women and South Australian Scorpions will face each other in the 22nd match of the Women’s National Cricket League 2021on Sunday. South Australian Scorpions are placed sixth on the points table with two wins and three loses so far in the tournament. On the other hand, Western Australia Women are occupying the seventh spot with no wins in five games.

Western Australia Women will be in search of their maiden win in this tournament against the Scorpions on Sunday. South Australian Scorpions have had a roller coaster league so far, after winning two matches in a row, they two consecutive games. One team of the two will definitely head into the league with winning momentum after this match.

Plenty of sunshine is expected on Sunday in Perth. The temperature will be around 28 degrees with a light breeze flowing through the ground.

The only match played on this pitch was won by the team batting first. Pitch is expected to be a batting paradise with little to offer for the bowlers.

Also Read – ‘Where is Corona?’ – Aamer Yamin takes a dig at the Ahmedabad crowd during the first India vs England T20I

Nicole Bolton is in good all-rounder to have in your Dream11 fantasy XI. She has scored 101 runs and has picked up 5 wickets in the tournament.

Chloe Piparo is the leading run-scorer for Western Australia. She has scored 230 runs in this tournament with the highest score of 74 runs.

Bridget Patterson is the leading run-scorer for the Scorpions. She has scored 177 runs with the highest score of 108 not out.

Tahlia McGrath has picked up the most number of wickets for South Australian Scorpions Women. She has 10 wickets to her credit at an economy of 4.55 runs per over. She has also scored 139 runs with the bat in this tournament.

Courtney Webb is the second-highest run-scorer for the Scorpions. She averages 40.75 with the highest score of 52.

Also Read – India vs England: Uttarakhand Police takes a dig at Virat Kohli for getting out on a duck in the first T20I 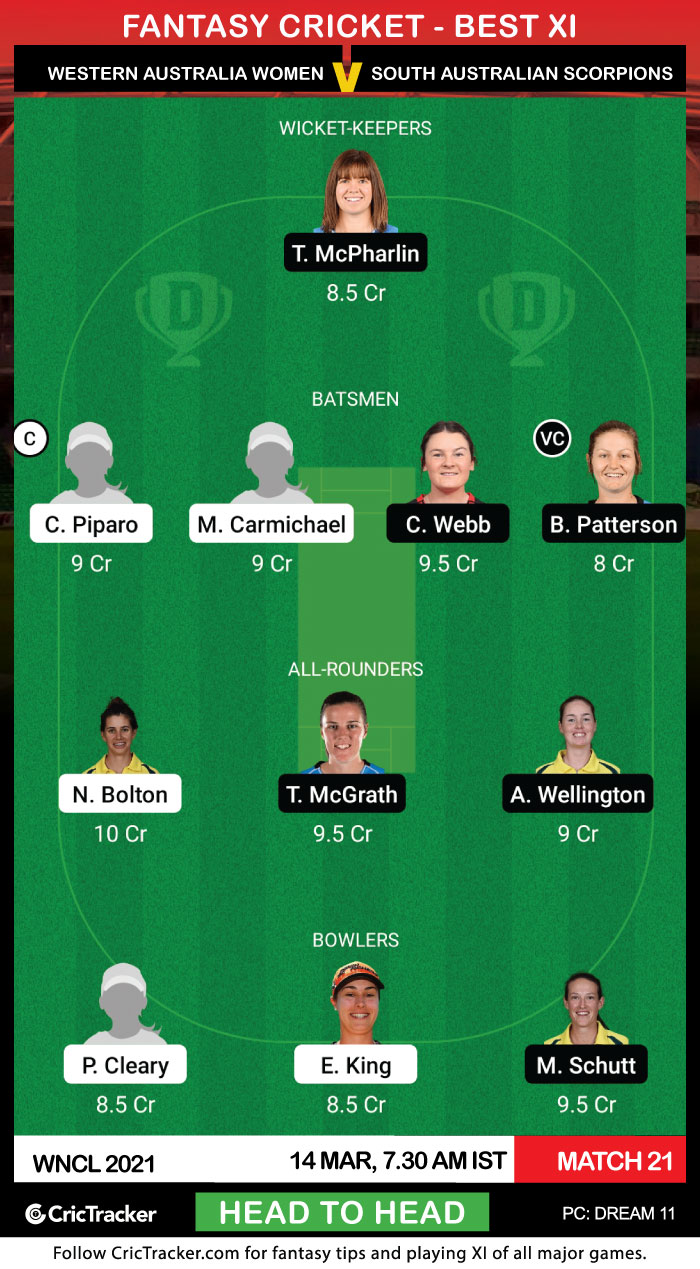 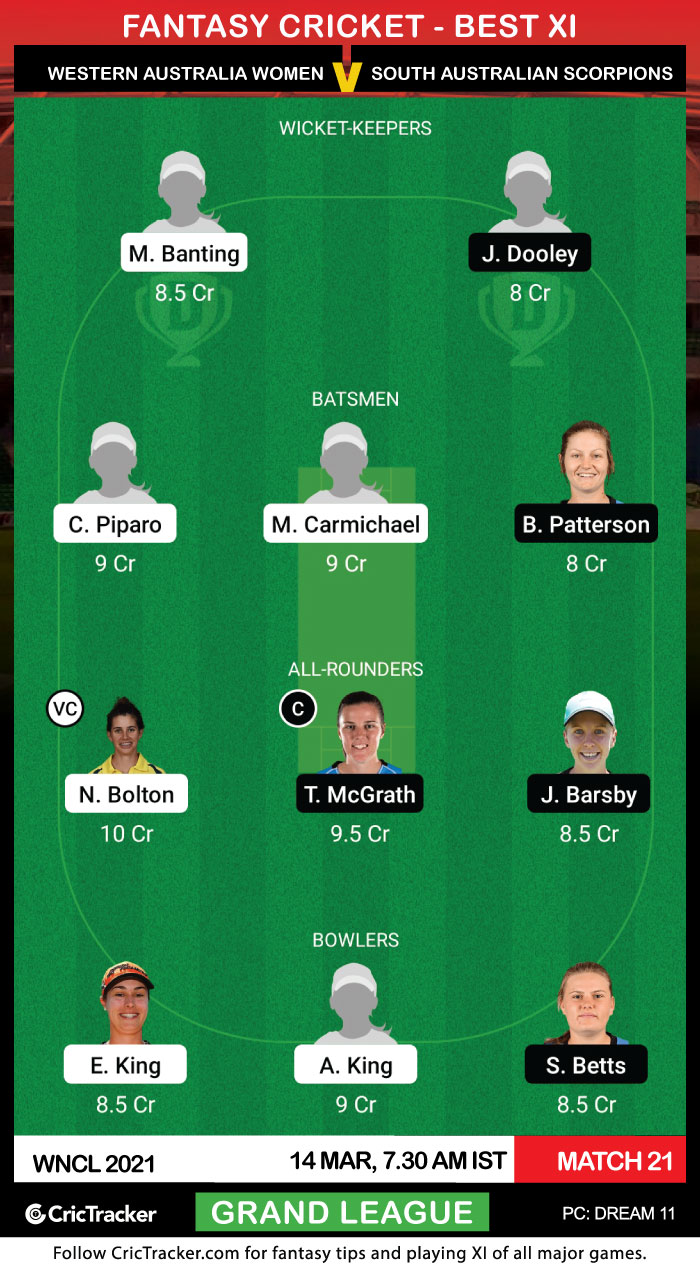 It is advisable to pick Tahlia McGrath as the captain of any one of your Dream11 Fantasy teams as she is in great form with both bat and ball.

Western Australia Women are expected to win this match.

Indiana basketball player has prosthetic legs and no hands 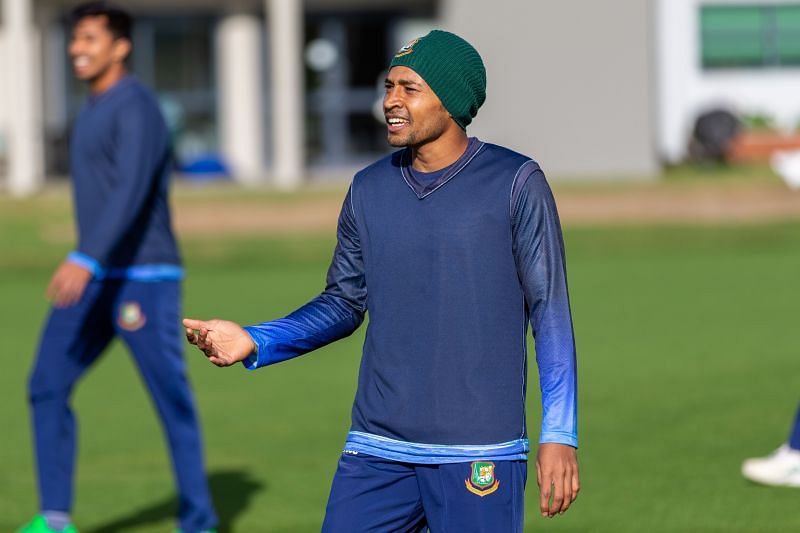