If you’re looking for South Africans who aren’t spitting mad about Australia pulling out of their Test series next month, Mark Boucher is not your man. CA said on Tuesday their team would not tour over Covid-19 fears – but only after it extracted extraordinary concessions from CSA to enable the visit to go ahead, supposedly.

The decision was met with anger countrywide. And in Rawalpindi, where Boucher is preparing his team for Thursday’s second Test against Pakistan.

“It’s certainly disappointing,” South Africa’s coach told an online press conference on Wednesday. “CSA have expressed their disappointment and it’s no different for the players.”

The ultra competitive Boucher famously never gave an inch during his playing career. It seems he feels CSA, where his former captain, Graeme Smith, is now director of cricket, went too far in their attempts to lure the Australians to the country.

“It seems a lot of goalposts were being moved for that particular tour, for Australia,” Boucher said. “For example, the one positive that came out of the bubble [for the Test series] against Sri Lanka [in Centurion and at the Wanderers in December and January] was the hotel that we stayed at. We thought it was a great hotel for us as South Africans. It suits our needs and the cultural way that we are, being outdoors [people]. And we even surrendered that to Australia.”

The Australians were promised exclusive use of the Irene Country Club near Centurion, which served as both teams’ base during the Lankan series. They were also told hotel staff, match officials, bus drivers and South Africa’s players would go into a bio-secure environment 14 days before the visitors arrived. And that CSA had acquired, at their own cost, an Australian tracking and tracing system to monitor the virus. And even that they would be treated like VIPs at the airport.

But that wasn’t enough to get the Aussies onto the plane. Perhaps because on the day they pulled the plug on the series, which has been postponed, 2,649 tested positive for the virus in South Africa. How many caught the bug in Australia on Tuesday? Six. That’s 441.5 times fewer than the number of people who contracted the disease in South Africa on a single day.

But South Africa’s daily new infections count has been exponentially higher than Australia’s for months. So Boucher wouldn’t be alone in asking why Australia’s suits didn’t tell CSA sooner that their team wouldn’t be coming. And why CSA appeared to bow and scrape in their efforts to keep the series alive. And why the Aussies seem to think they’re deserving of special treatment not afforded the Sri Lankans, who came to South Africa and left without encountering Covid.

“There’s probably a feeling that we were laying down the red carpet for Australia, which is frustrating at times,” Boucher said. “After all of that, [with the tour] having been postponed, [it’s] very disappointing and disruptive to our plans going forward.” That was a reference to the fact that, because of the quarantine conditions laid down by Australia, South Africa were forced to name a squad for the T20 series against Pakistan, which starts on February 11, that includes only four players in the current Test squad. The rest will return home in time to have gone into isolation for the Tests against the Aussies. 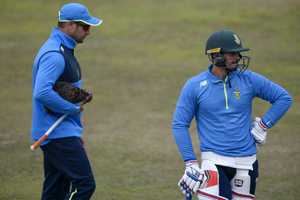 “It’s been tough on Quinnie”

Boucher said those players would still travel back to South Africa as scheduled: “There’s been a lot of planning that’s gone into the two tours [to Pakistan and by Australia], and going back and quarantining for Australia. We were told at a very late moment that this wasn’t going to happen. It’s difficult for us to suddenly turn around when there’s a T20 [series] around the corner.”

If there is a silver lining in all that, it’s that the Rawalpindi match will likely be Quinton de Kock’s last as a Test captain. That’s not meant as an insult. South Africa’s white-ball skipper as well as their wicketkeeper and a major batter in all formats was appointed as Test captain only until the end of the season. By the look of him while Pakistan were winning the first Test by seven wickets in Karachi last week, the end of the season can’t come quickly enough for De Kock himself – who has gone 17 Test innings without scoring a century. Because Australia are no longer coming to South Africa, the Proteas’ Test summer will be completed in Rawalpindi. No other engagements in the format are on their schedule.

“It’s been tough on ‘Quinnie’,” Boucher said. “If you’re not scoring runs it gets highlighted, especially if you’re a captain. We know that he’s a quality player and there’s a good innings around the corner for him. He has been given the extra burden of being captain and that can be tough and something he’s not used to. When we get back after this tour we’ve got a bit of time before our next Test series. So we can sit down and make a good, solid call on who can take over from him and release him from that burden, and try and get the best out of him.”

For the next few days Boucher will look to find ways to help his players give a better account of themselves than they did in a Karachi Test in which they were bundled out for 220 after choosing to bat first on a sound pitch.

“The bottom line is that sometimes experience is going out there and physically experiencing something for yourself,” Boucher said. “[Before the first Test] we spoke about the patience you need, the different mental approach, the fact that the runrates are not going to be 3.5 or 4, like we’re used to in South Africa, the fact that when you defend you’ve got to defend with a lot of intensity. We spoke about all these things. Watching [Pakistan] bat on day two, I think the guys realised that what we spoke about was happening right in front of them. So they understood then how you have to go about batting in the subcontinent.”

Boucher said he could see, from South Africa’s training sessions in Rawalpindi, that lessons had been learnt: “There’s a lot more care about keeping their wickets and a lot more intensity when they defend; not so many shots [being played] in the nets. So I think the mental preparation going into this game has been good because they’ve witnessed it and seen how Pakistan have played, and how to put a big score together. You can talk as much as you like, but sometimes they’ve got to see it to believe that’s the way to go about building innings in subcontinent conditions.”

Whatever South Africa might have learnt from the Australians will have to wait until they turn up. 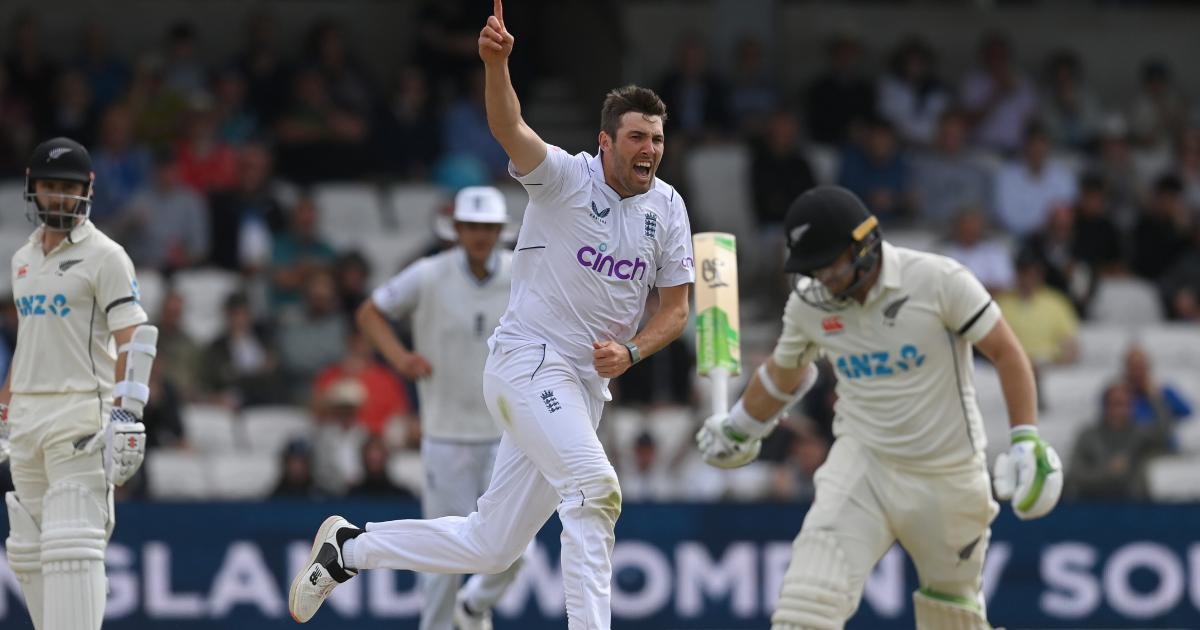 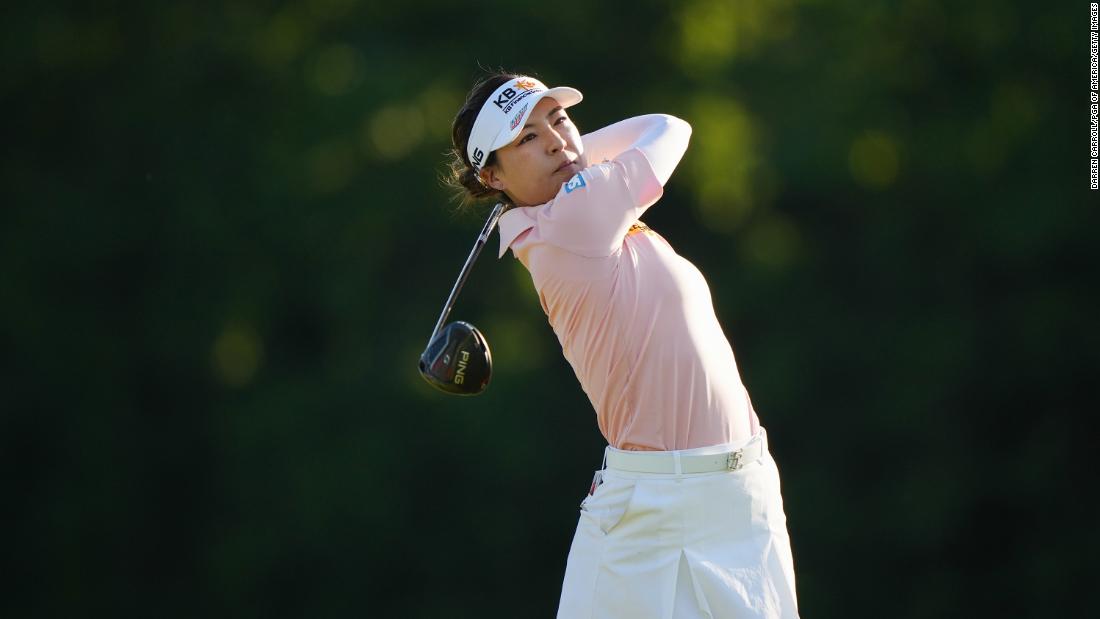