Our public lands lie at the heart of our identity and shared heritage as Americans. These lands connect us with generations past, to our children and grandchildren, and they’re our link to future generations. To maintain this powerful bond, it is essential that our leaders care for our land, air, water and wildlife to ensure they flourish now and for future generations.

After four years of unbalanced development of our public lands, President Joe Biden has nominated Rep. Deb Haaland of New Mexico to lead the Department of the Interior to restore its mission of conserving the country’s “natural resources and cultural heritage for the benefit and enjoyment of the American people.”

Haaland, through her life’s journey and her record in Congress, has shown that she understands we don’t inherit the earth from our parents — we borrow it from our children and the yet unborn. She knows the damage that unbalanced energy development can levy not only on our air, land and water, but also on the profound health and cultural costs that front-line and Native American communities are forced to endure.

Haaland is nomination is historic and overdue

This understanding of how policy impacts both our natural resources and our people is critical for any leader. Instead of criticizing Rep. Haaland’s work advocating for New Mexicans and Native American and Indigenous communities, senators should focus on how she leads with empathy to find common ground for all.

A number of Republican senators, including some we have worked alongside, have raised questions about Haaland’s experience and the positions she has taken — from her support of conservation solutions and climate action to her work with communities to elevate the voices of those impacted by unnecessary and damaging pipelines. It is every senator’s responsibility to represent their constituents. We both did this in the U.S. Senate and the U.S. House of Representatives.

That said, it is hard not to notice that Rep. Haaland is being called out as “radical” for taking these positions. Were either of us the nominee to lead the Interior Department, we doubt that anyone would be threatening to hold up the nomination or wage a scorched earth campaign warning about “radical” ideas.

Rep. Haaland’s nomination is both historic and long overdue. If confirmed, she would be the first Native American Cabinet member. Her record is in line with mainstream conservation priorities. Thus, the exceptional criticism of Rep. Haaland and the threatened holds on her nomination must be motivated by something other than her record.

Texas winter storms: Repeated climate disasters do not have to be our destiny

We respect the rights members of the Senate have to ask any Cabinet nominee probing questions, but Rep. Haaland and President Biden should be afforded the same respect and deference paid to other Interior secretary nominees, including then-Rep. Ryan Zinke — who also served a single full term in the House of Representatives like Rep. Haaland.

Haaland has the abilities to lead

Stewart Udall, whom we both were proud to call family and who served as Interior secretary under Presidents John Kennedy and Lyndon Johnson, was a historian of the West. He often reminded us that the West wasn’t built by gunslingers or lone rangers as told in films and novels. Instead, it was farmers, Native Americans, Hispanic and Anglo ranchers, and others who made it in those tough pioneering years by working together.

We cannot think of anyone who embodies that truth more and has the ability to lead a newly energized Interior Department for all Americans than Congresswoman Haaland.

You can read diverse opinions from our Board of Contributors and other writers on the Opinion front page, on Twitter @usatodayopinion and in our daily Opinion newsletter. To respond to a column, submit a comment to [email protected]

This article originally appeared on USA TODAY: Deb Haaland nomination to the Interior Department is a good choice

Lake Tahoe wedding gets Gritty thanks to NHL

Lake Tahoe wedding gets Gritty thanks to NHL 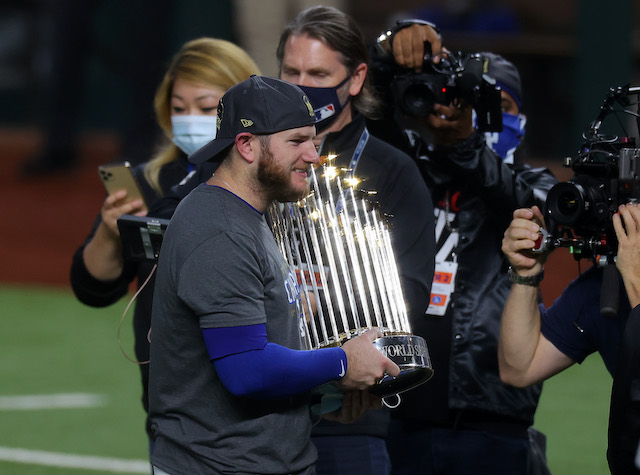 Intrinsic vs Extrinsic Motivation as Drivers for Early Engagement in R

Eels motivated more by ‘outside pressure’ to perform