Additionally, Helton announced that two players—DB Xavion Alford and WR K.D. Nixon—have transferred to USC and are enrolled for this spring semester.

These four players, along with 20 other high school signees and a college transfer who were previously announced during December’s early signing period, comprise USC’s 2021 signing class that is ranked in the national Top 10 by various media.

“We are very excited to welcome our 2021 signing class to the Trojan Family,” said Helton. “With a combination of elite young talent and experienced transfers, we were able to fill some significant needs as we head into next season. These men possess great character, talent and maturity, and we believe they will be able to make an immediate impact and help us get to our goal of a championship.”

Biographies of USC’s February and December signees are below.

ALFORD — He appeared in 4 games (UTEP, Texas Tech, Oklahoma, Kansas State) as a first-year freshman reserve safety at Texas in 2020, getting 4 tackles (3 versus UTEP and 1 at Kansas State).  He made 2019 All-State, Houston Chronicle Top 100 and Austin American-Statesman Fab 55 as a senior safety at Shadow Creek High in Pearland (Tex.).  He was injured in the first game of his 2019 senior season and missed the rest of the season.  As a 2018 junior, he made All-State 5A first team and All-District 10-5A Division 1 first team when he had 70 tackles, 6 interceptions (1 for a TD) and 21 deflections and returned 2 kickoffs.  Shadow Creek went 15-1 overall in 2018 and made it to the state Division 1 5A championship game.  He also played basketball at Shadow Creek.

WRIGHT — He made 2020 PrepStar Dream Team and Southern California News Group Fab 15 first team as a senior cornerback and wide receiver at Loyola High in Los Angeles (Calif.).  As a 2019 junior, he made the Cal-Hi Sports All-State Juniors first team and All-CIF Division 4, making 34 tackles, 4 deflections and an interception on defense, getting 10 catches for 88 yards (8.8 avg) on offense and returning 11 punts for 125 yards (11.4 avg) and having 10 kickoff returns for 154 yards (15.4 avg) with a TD.  He also was on Loyola’s baseball and track teams (with a best of 10.84 in the 100 meters and 21.74 in the 200) and ran on its 2019 state champion 1600-meter relay team.  An actor and model since he was a youngster, he has appeared in movies, television shows (including “2 Broke Girls,” “Training Day,” “Life in Pieces” and “Instant Mom”), commercials and music videos, and he played the son of LeBron James in the upcoming 2021 movie, “Space Jam: A New Legacy.”  His father, Claudius Wright, was a cornerback at Arizona and then with the World League of American Football Amsterdam (1996) and London (1997) franchises.  His uncle, Mazio Royster, lettered at tailback at USC in 1990 and 1991 (he led the Trojans in rushing in 1990 and then played in the NFL with the Tampa Bay Buccaneers (1993-94).  His cousin, Darick Holmes, was a running back at Portland State and then in the NFL with the Buffalo Bills (1995-98), Green Bay Packers (1998) and Indianapolis Colts (1999).  Another cousin, Darnay Holmes, was a cornerback at UCLA (2017-19) who is now with the New York Giants.

GORDON — He opted out of playing his 2020 senior season while at Warren High in Downey (Calif.), but made 2020 PrepStar All-American.  He played defensive back at Warren as a 2019 junior and 2018 sophomore.  As a sophomore, he had 41 tackles, including 1.5 for losses, 3 interceptions, a deflection, 3 fumble recoveries (1 for a TD) and a forced fumble.

MOSS — He made the 2020 PrepStar Dream Team. He was Cal-Hi Sports All-State Juniors first team, All-CIF Division 3, Los Angeles Daily News All-SoCal and Los Angeles Daily News Offensive Player of the Year as a 2019 junior quarterback at Bishop Alemany High in Mission Hills (Calif.) when he completed 215-of-319 passes (67.4%) for 3,118 yards with 28 TDs and 10 interceptions and he also ran for 105 yards on 31 carries (8.8 avg) and averaged 38.9 yards on 12 punts. As a 2018 sophomore, he threw 19 TDs and 14 interceptions. Incoming Trojan Jaylin Smith also prepped at Alemany. He spent his 2017 freshman season at Loyola High in Los Angeles (Calif.), completing 33-of-55 passes (60.0%) for 350 yards with 2 TDs and 3 interceptions. His mother, Emily, was a professor in USC’s School of Architecture.

SOPSHER — He spent the past 2 seasons (2019-20) as a defensive lineman at Alabama. He appeared in 1 game as a 2019 freshman and was able to redshirt. He did not see action in 2020 as a redshirt freshman. He made the 2020 SEC First-Year Academic Honor Roll. He was a defensive tackle at Amite (La.) High, where as a 2018 senior he had 78 tackles, including 35 for losses with 12 sacks, 8 forced fumbles and 3 fumble recoveries. Amite won the LHSAA Class 2A State Championship. He was selected to the All-State team each of his 4 seasons at Amite.

TOIA — He made 2020 PrepStar All-American. He was Cal-Hi Sports All-State Juniors first team, All-CIF Division 3 and Los Angeles Daily News All-Area first team as a 2019 junior 2-way lineman at Grace Brethren High in Simi Valley (Calif.) when he had 43 tackles, with 7 for losses and 6.5 sacks, and a forced fumble on defense and he ran for a 1-yard TD on offense. As a sophomore in 2018, he made Cal-Hi Sports All-State Sophomores first team and All-CIF Division 4 as he had 11 tackles (5 for losses, with 4 sacks) and a pass deflection. Grace Brethren won the 2018 state 2AA and CIF Division 8 titles. As a 2017 freshman, he had 1 tackle as Grace Brethren was the 2017 CIF Division 4 champion and state Division 2AA runnerup. He grew up in Tonga and played rugby as a youth. His cousin is current USC redshirt freshman defensive lineman Stanley Ta’ufo’ou. His brother, Soane Toia, is a freshman defensive lineman at San Jose State, while his brother Siaki Ika was a defensive tackle at LSU (2019-20) and his brother Abitoni Toia is a rugby player in New Zealand. He also was on the track team (shot put and discus throw) at Grace Brethren.

BUCHANAN — He made 2020 PrepStar All-Midland and All-District 15-4A Division 1 Most Valuable Offensive Lineman as a senior 2-way tackle at Calallen High in Corpus Christi (Tex.). He had 6 tackles on defense as a senior in 2020. As a 2019 junior, he made All-District 15-5A Division II first team. He also was on the track team (discus throw) at Calallen.

GIBBS — He made 2020 PrepStar All-West. He was an offensive guard as a 2019 junior at St. John Bosco High in Bellflower (Calif.). St. John Bosco won the 2019 state Open Division titles and was named the national champion. His nickname is Big Max. When he was 13, he was featured in the Netflix show “Coach Snoop,” about rapper Snoop Dogg and his Snoop Youth Football League.

MOBLEY — He made 2020 PrepStar All-Atlantic. He was a defensive end as a 2019 junior at DeMatha Catholic High in Hyattsville (Md.)

MURPHY — He made 2020 PrepStar All-American. He was a 2-way tackle as a 2019 junior at JSerra Catholic High in San Juan Capistrano (Calif.) 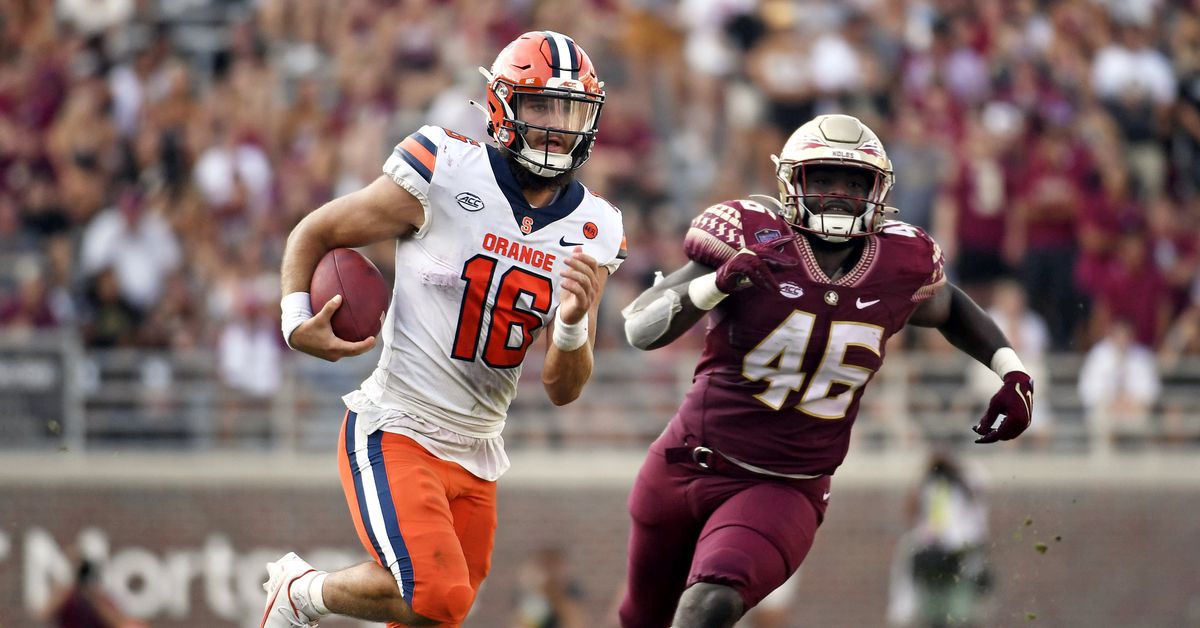 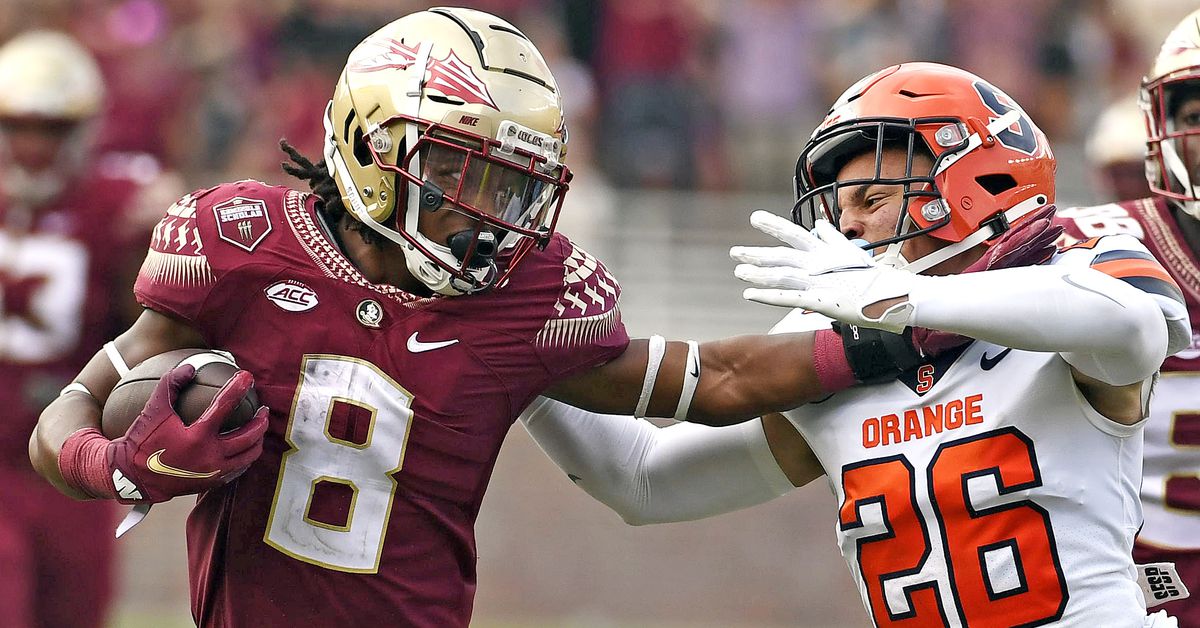 ACC football schedule: League approves 3-5-5 format with all teams in one division starting in 2023