Sydney Thunder are expected to make it three wins on the bounce by handing Melbourne Renegades their third consecutive defeat.

The 14th match of the Big Bash League (BBL) 2020-21 will be played between Sydney Thunder and Melbourne Renegades at the Manuka Oval in Canberra.

Sydney Thunder and Melbourne Renegades have had contrasting starts to their 2020-21 Big Bash League campaign. The Thunder started their season with a defeat against Melbourne Stars. However, they managed to turn it around quickly and registered wins in their next two games.

On the other hand, Melbourne Renegades had a very positive start to their campaign, as they dismantled the Perth Scorchers in their first game. However, they were unimpressive in their next two outings, as both Sydney Sixers and Hobart Hurricanes got the better of them. They will be looking to get back to winning ways, while Thunder will be aiming for the third win on the trot.

The weather predictions are not looking very favourable for this game. There are 40% chances of thunderstorms during the game. The temperature will be around 22 °C.

This pitch is a balanced one, with perhaps the batsmen enjoying the slightest advantage over their bowling counterparts.

Skipper Aaron Finch is expected to be back for Melbourne Renegades, while Pakistani all-rounder Imad Wasim is also likely to feature.

Sydney Thunder’s captain Callum Ferguson has not only impressed with his leadership, but he has in a great run of form with the ba as well. Ferguson has amassed 115 runs at an average of nearly 60 and a strike rate of 115.

Another veteran in Shaun Marsh is having a terrific season, as he has been the backbone of Renegades’ batting unit. Marsh has scored 76 runs, which includes a half-century.

Daniel Sams can earn you great points both with the bat and the ball. He has scored 65 runs and has also registered 5 wickets to his name.

Kane Richardson has been a bit expensive, but he is the joint-highest wicket-taker of the Renegades and has broken partnerships at crucial intervals. Richardson has 5 wickets to his name. 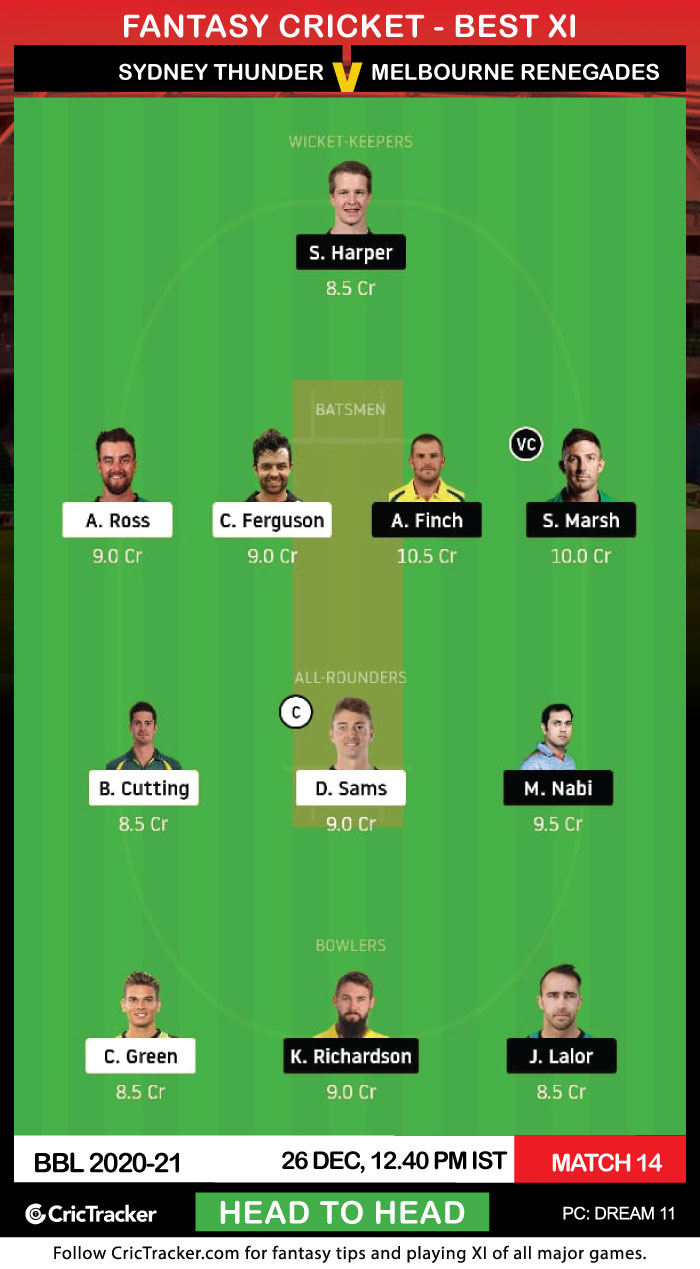 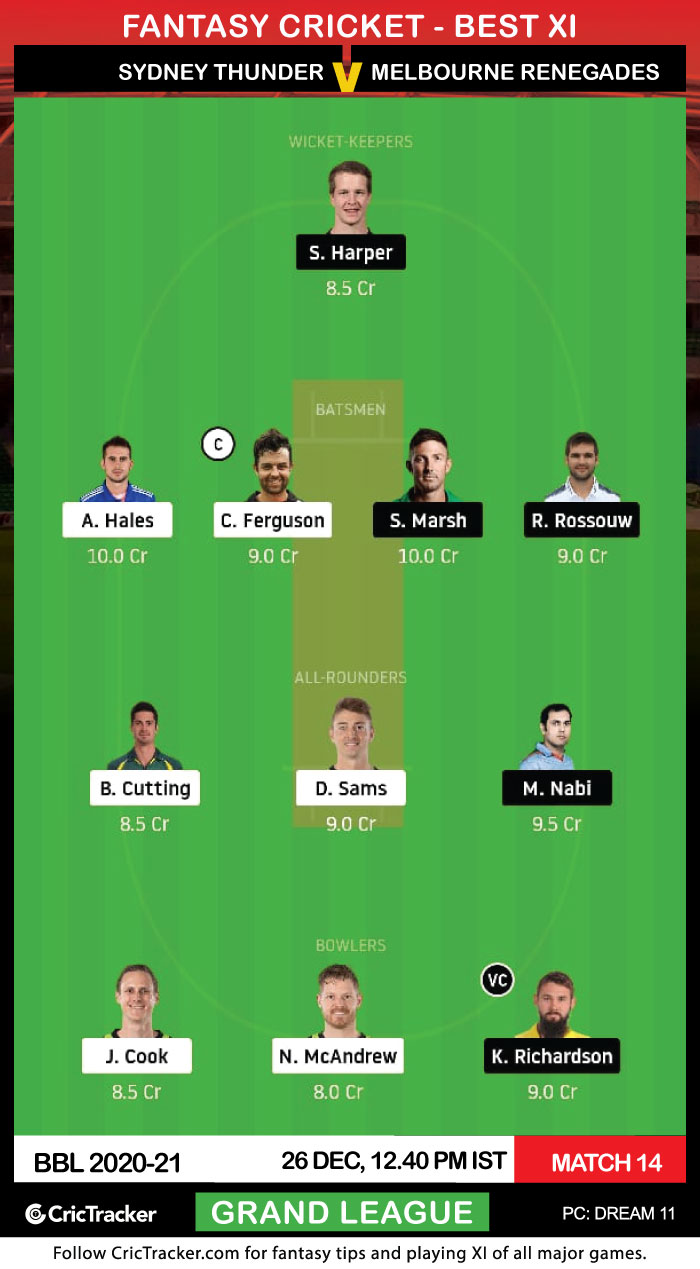 Jonathan Cook has picked up 3 wickets in as many games and has also maintained a fairly decent economy rate of 8 runs per over. He can be a decent budget pick for your Dream11 Fantasy side at only 8.5 Cr.

Sydney Thunder are expected to win this match.