I haven’t seen my Dad since last March. Back then, the coronavirus pandemic was just beginning to infiltrate life as we knew it. For me and millions of other students, that meant the closure of my university campus and my return home. I spent almost 24 hours traveling back to England after scrambling to find any flight I could take. Like Wesleyan University, the world was shutting down, leaving me caught in a race to make it past border controls and travel bans. It was a relief to see my dad sporting his usual flat cap, a patchy grey beard and polished black shoes waiting for me in the arrivals area at London Heathrow Airport. After a lengthy hug and many evaded questions later, I realized that nothing had really changed as far as my Dad was concerned.

Two days later it was March 23rd, the day that British Prime Minister, Boris Johnson, announced the first national lockdown. Three lockdowns, three waves, and 112,000 deaths in the United Kingdom later, everything has changed. This pandemic has worn away at economies, devoured health care systems and ravaged countless communities. Notably, these are the same communities who, in a previously COVID-free world, often face financial precarity, socio-economic deprivation, and discrimination. BAME (Black, Asian and Minority Ethnic) is a demographic used to describe all ethnicities excluding White ethnic groups. This can include individuals who identify as: Arabic, Asian or Asian British, Black (African/African Caribbean) or Black British, Chinese, Roma, Irish (“White Other”), mixed-race, asylum seekers, refugees, and travelers. Over the past few months, I have constantly been reminded of the disproportionate effect COVID-19 is having on the people who make up these groups. If it isn’t my news feed telling me, it is my Dad. Our weekly phone calls last for hours in which time he expresses his fears of contracting the virus as a 64-year-old Black British man, he tells me how he has spent the last few days shielding in his one bedroom flat and he talks through his plans to resume cricket practice if and when COVID-19 allows it. However, what’s new is the skepticism my Dad voices about the ever-growing list of COVID vaccines currently being administered up and down the UK. What’s interesting is that in spite of the hope that vaccination plans appear to offer us, my Dad remains adamantly pessimistic, both cynical and critical of the efforts taken to combat the virus. But, what’s most troubling is realizing that my Dad is simply one of many among these vast and diverse communities thinking about refusing the vaccine.

According to recent data gathered from the Royal Society for Public Health survey in December of 2020, just 57% of UK BAME respondents said they were likely to accept the vaccine, compared to 79% of white respondents. In other terms, BAME people are nearly three times more likely to reject a COVID-19 vaccine for themselves and their children compared to white people. As a former hospital porter, Type 2 diabetic, and cancer survivor, my Dad is no stranger to the healthcare system. He has sat on both sides of the table, as it were, as a patient and a staff member. Yet, I have always been left with the impression that he has felt neglected, at times even mistreated, by the state-led health service. Arguably, no health care system is perfect in its entirety, but in the absence of trust, confidence, and assurance towards a system that is supposed to tend to your mental and physical needs, distrust is bound to grow and deepen, especially during the mass roll out of a novel vaccine.

Reports have consistently shown that BAME patients show lower satisfaction with the National Health Service (NHS) and cite less positive experiences with nurses and doctors than white patients while being treated for serious conditions such as cancer. What’s more, is that over 60% of Black people do not believe their health is as equally protected by the NHS compared to white people. Indeed, members of these minority groups testify to lived experiences of discrimination of this kind whilst accessing healthcare services. One example of this is “Mrs. Bibi” (or Begum) Syndrome, a term coined to mock South Asian women who supposedly exaggerate their health concerns whilst showing few signs of illness. Not only do instances like this serve to perpetuate harmful racial stereotypes, they weaken the confidence citizens have towards a health care system that aims to care for, not belittle, overlook, or invalidate its patients. For many, the NHS and the government which oversees it has done itself few favors as far as quelling these sentiments which have only gained momentum, especially in a political climate where racial tensions are rife and widespread distrust towards state bodies is building. Numerous reports have continued to stress the devastating impact that coronavirus has had on BAME communities, with one study from the Office of National Statistics concluding Black males were 4.2 times more likely to die from a COVID-19-related death than white males.

Responses to these alarming findings have acknowledged that members of these minorities are likely to be at increased risk of acquiring the infection because BAME people are more likely to live in urban areas, be members of overcrowded and multigenerational households, inhabit deprived areas, and hold jobs that raise their exposure to the virus such as working in the public service sector. To some extent, very little has been done to mitigate this disproportionate effect, which perhaps rightfully begs the question posed by researchers like Professor Sophie Harman.

“Would you trust a government government that accepts you’re more likely to die of COVID-19 than your white neighbours and does nothing very much about it?” Harman asked recently.

It is evident that a strained relationship between communities and health care providers lies at the heart of this reluctance. This reticence is compounded by several other factors, namely the lack of representation of BAME groups in clinical vaccine trials as well as the surge of misinformation about the vaccine that is circulating in the public sphere. In the UK, 93% of those who signed up for the trials registry for the development of the vaccine (including ongoing tests) were white, leaving many outside of this group fearful of how the virus might affect them, particularly where conflicts with religious and cultural beliefs are concerned.

The same hesitancy towards the vaccine among minority groups is mirrored on the other side of the Atlantic where I spend half of the year studying. On the one hand, similar problems in the U.S. have fueled vaccine reluctance: unsatisfactory or discriminatory care from medical providers, false information about the vaccine, and an increasing sense of distrust towards the government. This is, after all, a government who many feel who has neither acted adequately enough to combat embedded and persistent racial injustices nor addressed the disproportionate effect of COVID-19 on BAME communities. However, a long and deeply tainted past of medical racism in America has exacerbated skepticism among these groups. A poll released by the Kaiser Family Foundation on Dec. 15 revealed that among racial and ethnic groups, Black Americans are the most hesitant to get a vaccine. In fact, half of Black adults are not planning to take a coronavirus vaccine once one becomes available, even if scientists declare it safe, and it’s available for free.

Notably, focus groups found that Black participants cited systemic racism for their vaccine hesitancy, referring to the outrageous Tuskegee Syphilis Study. Known as the “Tuskegee Study of Untreated Syphilis in the Negro Male,” the experiment lasted between 1932 to 1972, during which 600 Black men (399 of whom were suffering from syphilis) were essentially tricked into participating under the impression that they being treated for “bad blood.” Dozens of Black men lost their lives as a result. Similarly, following her death in 1951, African-American Henrietta Lacks became another medical guinea pig in a long list of others whose Black bodies were a source of experimentation. Without obtaining consent, white doctors sampled Lacks’s cells—the same cells that were used to begin a cell line “HeLa cells,” which has generated billions of dollars in pharmaceutical research and development. Prior to this, enslaved Black women were the test subject for James Marion Sims (sometimes regarded as the father of US gynecology) whilst 19th century medical schools relied on enslaved Black bodies as “anatomical material” and recruited students in Southern states by advertising its abundance.

It is easy to see how a history inundated by the medical exploitation of non-white bodies is grounds for such wariness towards a vaccine that is new, still in development, and poses many unknowns. But, it would be wrong to assume that the 86% of Black Americans, the 66 percent of Latinx Americans, and my Dad, who collectively may not trust the new COVID-19 vaccine, do not want the vaccine because they think COVID isn’t real or rather because they share the ideas of a traditional anti-vaxxer. Lumping together all of those who are hesitant about taking the vaccine is both reductive and harmful. To do so would be to ignore a shameful narrative within health care systems that has treated its patients differently based on the color of their skin. To do so would be to ruin any chance of working with these communities in a bid to restore their faith in these same health care systems. To do so would be to acknowledge BAME communities’ susceptibility to the virus but turn a blind eye to it.

While I strongly hope that people within BAME groups begin to feel more comfortable about receiving a vaccination, there are reasons, experiences, and feelings which have laid the foundation for their unwillingness not to, all of which should be considered and discussed. I don’t know when I’ll finally be able to see my Dad—COVID will decide that for me. But for now, I’ll look forward to our weekly phone calls and hope that in time, he chooses to protect himself.

Tiah Shepherd can be reached at [email protected].

Kevin Owens reveals that he works for WWE's cameramen 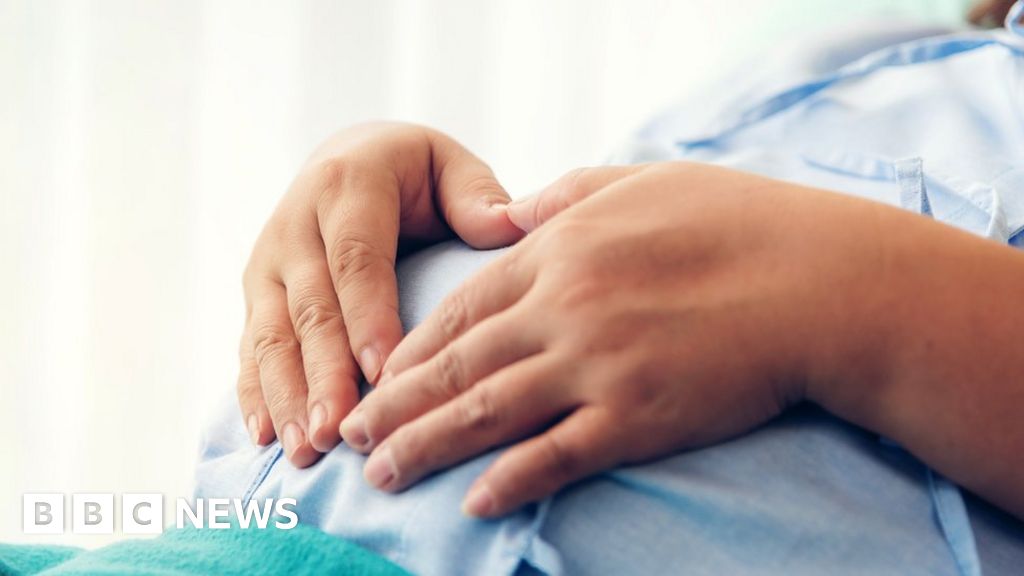 Covid: Pregnant women in Wales urged to get vaccine 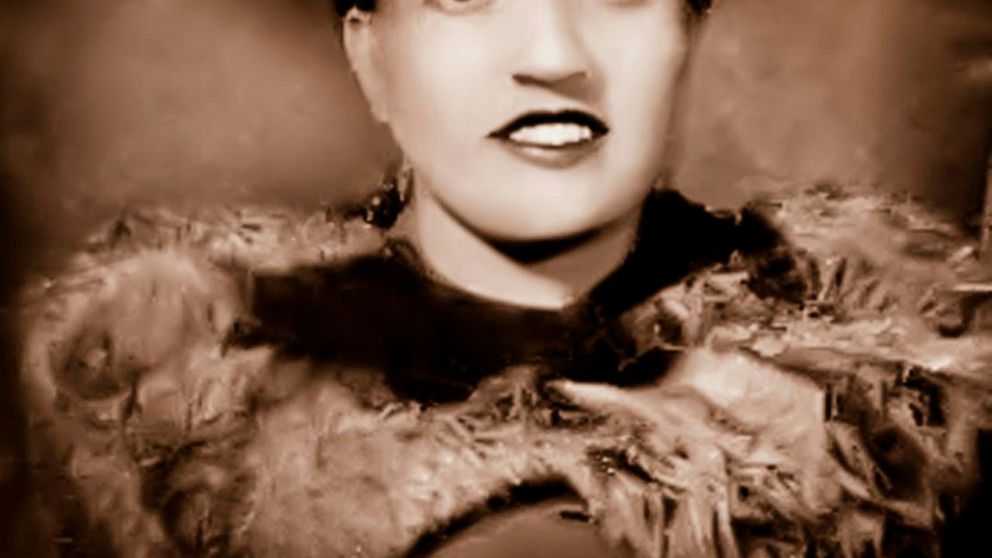