The intimidating rotation that lifted the Washington Nationals to a championship in 2019 is mostly intact, with Max Scherzer, Stephen Strasburg, et al. Right fielder Juan Soto is a popular pick to win his league’s Most Valuable Player Award. Washington also added the thump of Kyle Schwarber, who seems to be clicking well with Nats’ hitting coach Kevin Long, and Josh Bell, who has been destroying baseballs this spring.

But as rival evaluators weigh the Washington strengths, there is a refrain about the team’s problem area.

“That defense is going to be awful,” said an NL official, who noted that the Nationals do have some ability to pitch around the fielding liabilities because of the pitching staff’s strikeout capability.

As Washington Manager Dave Martinez acknowledged the other day, however, the Nationals have to at least improve on defense.

“We did struggle on defense,” Martinez said. “We looked at a lot of different things this winter, about positioning. We talked a lot over the winter about how we were going to structure spring training, to work with guys.”

“We definitely need to get better. Our division is not going to be easy. We need to get 27 quick outs. We talk about it all the time — we can’t give these teams 28, 29, 30 outs. If that happens, some of these lineups are dangerous. We have to make sure we limit our mistakes.”

Last year, the Nationals scored a minus-11 in outs above average (OAA), 25th in the majors, as Sarah Langs noted. Center fielder Victor Robles is regarded as a good center fielder and was a plus-3 in OAA, and yet the team’s outfield as a whole posted a minus-2 — and now they’ve added Schwarber, who has been one of the worst-rated outfielders in baseball since 2016. Similarly, Bell has scored some of the lowest defensive metrics among first baseman.

Players can adapt and improve. There may be no better example of that than in the Nationals’ own division. The Mets’ Pete Alonso improved defensively, going from being regarded as nearly unplayable to now being seen as at least average. Bell has worked hard this spring, on his footwork. He is 6-foot-4 and 255 pounds and has been working on staying low.

“I’m watching Josh Bell doing things and learning things that he didn’t know before,” said Martinez. “He loves working on it with [infield coach Tim] Bogar, working with Ryan Zimmerman.”

It’s an area of concern for a team that expects to contend. Here are some other trouble spots among clubs who expect to play in October.

Make your picks and compete for a chance at $5,000! Make Your Picks

Aaron Boone’s bullpen has been so strong for so long that we have almost taken the dominance for granted. But as this season begins, it’s an issue. Zack Britton needed elbow surgery and won’t be back for many weeks. Justin Wilson has a shoulder problem. While the Yankees don’t think his is a major injury, they also cannot say with confidence when he’ll be back, let alone how effectively he’ll pitch. Aroldis Chapman has a one-game suspension to start the year. Chapman is simply not the same pitching bully he’s been in the past when he consistently threw the ball by hitters. His fastball velocity is down, and while his split-fingered fastball is promising and a potential weapon against right-handed hitters, more work is needed. In his outing Friday, Chapman registered one out, allowed three hits, a walk, three wild pitches, allowing three runs.

After re-signing Adam Wainwright, St. Louis could feel good about lining up the veteran right-hander behind Jack Flaherty and in front of Kwang Hyun Kim, Miles Mikolas and others. But Kim is behind schedule because of a back issue, Mikolas has been sidelined because of a shoulder issue and Carlos Martinez is something of an unknown quantity because of his erratic performances. John Gant has started games this spring, but his command has been inconsistent; he’s walked eight in 14 1/3 innings. The Cardinals will be looking for heroes to emerge in this group.

You may have heard this before: There is a general feeling within the organization that yes, the group of starters have been upgraded. But to what degree really remains to be seen. Shohei Ohtani is the wild card in this mix, because while his stuff has been spectacular, he hasn’t quite put it all together yet, struggling with his command.

This was a complete disaster area in 2020. It stands to reason that if this group improves to even slightly below league average in ’21, the Phillies might challenge for a playoff spot. Archie Bradley, newly signed, has gotten good results this spring, allowing one run in eight outings. Similarly, lefty Jose Alvarado has been impressive, punching out 12 hitters in 7 2/3 innings while allowing one run.

As part of Major League Baseball’s stated plan to collect evidence of foreign substance use by pitchers, it is considering the collection and examination of baseballs. So just imagine the sturdy chain-of-custody defense made on behalf of a pitcher in any case advanced before an arbitrator.

Who is the No. 1 MLB player for the 2021 season? Our experts ranked the 100 best as Opening Day approaches.

Before a ball is put in play, it is usually handled by a clubhouse attendant; a batboy, who might have the responsibility of carrying the pine tar rag that hitters use during games; an umpire, who drops each baseball into the pouch that hangs off his belt; perhaps the catcher, who, of course, handles a bat in his work as a hitter. After a ball is put in play — striking a bat that may have been treated with pine tar or some other substance — it might be touched by three or four fielders other than the pitcher. Then, when the ball is taken out of play, it is often handled again by a bat boy.

So the idea that a baseball found to have pine tar or some other substance might be used as evidence of cheating is absurd to begin with, and anyway, no evidence is necessary. Anybody who has watched a game in recent years could clearly see pitchers applying foreign substances, usually dabbing the fingers or palm of their pitching hands on a shiny spot just below their gloved hands. This is no secret.

ESPN’s Buster Olney leads the discussion of the latest news and notes around baseball with the game’s top analysts. Listen

The only question has been about enforcement: Will baseball actually instruct umpires to aggressively apply the rule regarding foreign substances and police pitchers? For many years, MLB has been passive in its approach, deferring to the theoretical manager’s challenge — if a manager of one team suspects an opposing pitcher of using substances, he can ask the umpires to check the pitcher. But MLB is well aware that this almost never happens because of the unspoken gentlemen’s agreement among managers who are well aware that there are many foreign-substance users across the landscape of all 30 teams.

MLB could get serious about this rule by trying to compel umpires to check for substances each time a pitcher entered a game and then monitor the pitchers’ movements to the bills of their caps, their gloved hands, the thighs of their uniform. Because everybody in the sport is well aware that these are the areas that pitchers cover with foreign substances.

Unless they do that, then the talk about pushing the rules on foreign substances really is nothing more than talk. And the expectation among some players and teams is that the latest initiative is, again, an empty exercise.

It’s worth placing the Astros’ $120 million offer to Carlos Correa into context: He is a 26-year-old shortstop who already has four seasons of 20 or more homers and an All-Star appearance, with 266 postseason plate appearances and an apparent knack for big moments in October. Also he just saw former teammate George Springer, 31, get a $150 million deal from the Toronto Blue Jays in the midst of a tepid free agent market.

Correa just saw a 30-year-old catcher, J.T. Realmuto, get a $115.5 million deal from the Phillies. So of course he said no, and executives with other teams say they aren’t surprised that Correa turned down the offer. Correa has a history of back trouble that is undoubtedly a concern for the Astros, and for other teams. If he reaches free agency in the fall, his market value will be greatly enhanced if he demonstrates the ability to play 145 or more games while staying healthy. If he’s able to do that, he’ll presumably get offers of a lot more than $120 million, given that almost all of the big-market teams are looking for long-term solutions at shortstop, from the Dodgers (who will see Corey Seager become a free agent in the fall) to the Yankees (who aren’t entirely sure yet that Gleyber Torres is a fixture at short) to the Phillies and Giants.

There is also a line of thinking among agents that Correa will want to wait to see a resolution of Francisco Lindor‘s negotiation with the Mets before making his own deal. He’d like to see if Lindor establishes a benchmark for the upcoming class of free-agent shortstops, as many expect.

It’s a good sign for the Mariners that Jarred Kelenic seemed to take the high road after being told of his assignment to the minor leagues on Friday. After Kevin Mather, now the Mariners’ ex-CEO, effectively admitted on a Zoom call that Kelenic and others had been tethered to the minors as the franchise managed their major league service time, Kelenic complained to USA Today about how Seattle had handled him. But after being told he was being sent down, Kelenic told reporters, “I’m a competitor, and I want to help this team win as soon as possible. But I understand where they’re coming from, and all I can do right now is focus on what I need to focus on and get there as soon as possible.” Mariners manager Scott Servais said: “The meeting went really well.” Which is an important first step for a front office that has to work to improve its image and credibility after the damage that Mather inflicted. … This is perhaps the most intriguing individual stat line of spring training: The Jays’ Tyler Chatwood, who has struggled to repeat his delivery and command the baseball throughout his career, faced 22 hitters in his first seven exhibition appearances and allowed zero walks and just one hit. The Toronto front office is also greatly encouraged by the work of Steven Matz, who has issued only two walks and struck out 15 in 15 1/3 exhibition innings. … When Alex Verdugo was a young player, he had a reputation for being less than an ideal teammate. But through mentoring from the likes of Rich Hill and others in the Dodgers’ clubhouse, Verdugo learned. He, Hill and Dave Roberts talked about that process for a feature on Friday’s podcast. Also: Karl Ravech on the devastating injury to Eloy Jimenez, and his picks to win the division; Todd Radom discusses a Forgotten Franchise from Chicago; and Bobby Nightengale Jr. previews the 2021 Reds and addresses the question of whether Cincinnati might be aggressive sellers. … On Thursday, Alden Gonzalez broke down Lance McCullers Jr. taking the Astros’ $85 million offer before a preview of the Brewers. Plus, Mookie Betts went rapid-fire through some questions. … David Schoenfield discussed baseball’s supposed crackdown on foreign substances. … By the way: Josh Bell so far this spring: 11 extra-base hits in 43 at-bats, for a slash line of .419/.480/.593. … One evaluator on Pirates third baseman Ke’Bryan Hayes: “By the end of the year, he’s going to be one of the best players in the National League. The glove is that elite.”

LEADING OFF: Yankees open series vs Rays without Stanton

LEADING OFF: Yankees open series vs Rays without Stanton

As others struggle overseas, India can alter that pattern: Chappell

In Sweet 16 vs. Stanford, the MSU Lady Bears are out to receive the respect they deserve 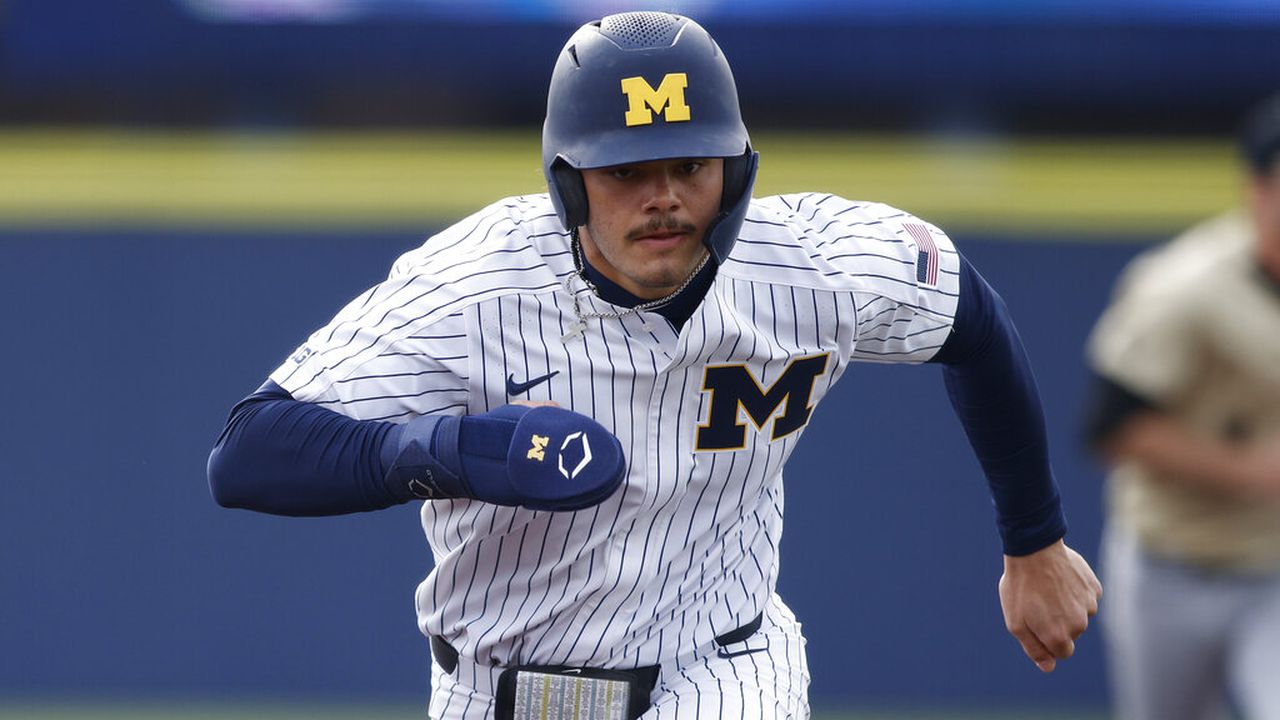 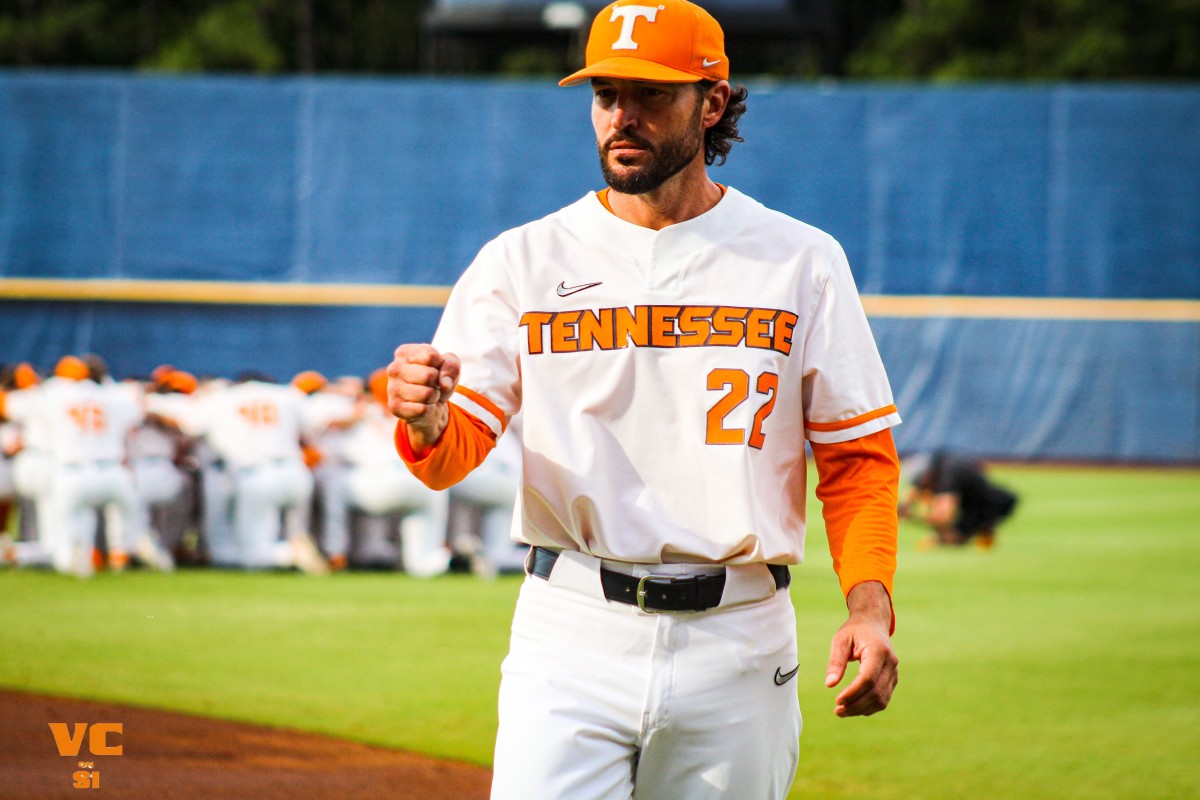 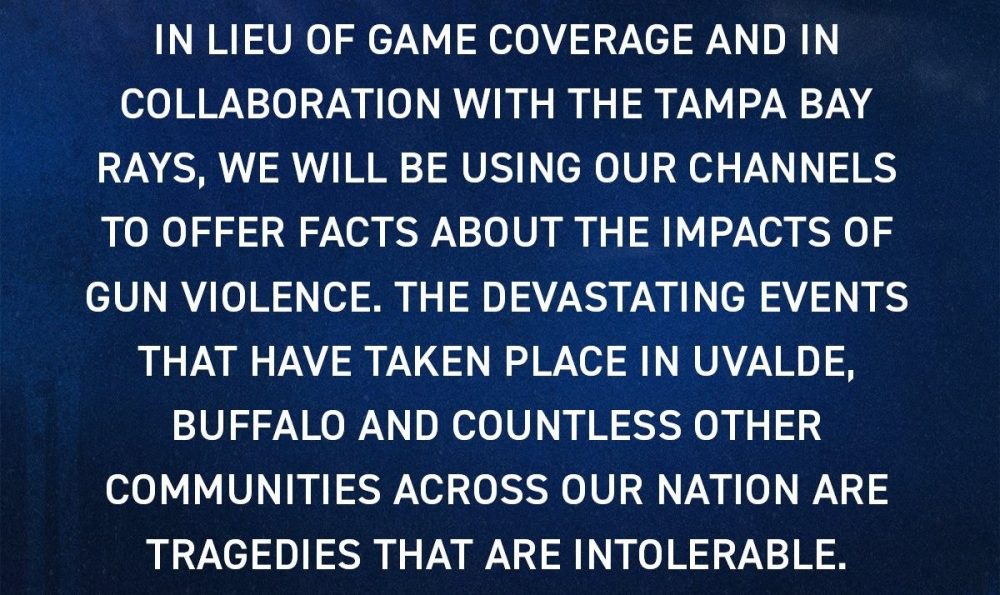