MLB‘s most recent proposal included a delayed 154-game season with a universal DH and a 14-team postseason. The collective bargaining agreement already calls for a full season and entitles the players to full pay, so MLB essentially offered the universal DH for an expanded postseason, and that’s not a fair trade at all. The MLBPA said no thanks, we’ll stick with the current CBA.

“This was a good deal that reflected the best interests of everyone involved in the sport by merely moving the calendar of the season back one month for health and safety reasons without impacting any rights either the players or the Clubs currently have under the Basic Agreement or Uniform Player’s Contract for pay and service time,” MLB said in a statement.

Good soundbite but hogwash, mostly. MLB undermined its own health and safety argument when they allowed fans into the NLCS and World Series last year, and allowed Justin Turner to go back on the field not long after a positive COVID-19 test. This is about money. MLB wants to delay the season so the league can play as many games with fans in the stands as possible, then rake in all that expanded postseason revenue. That’s all.

Anyway, we now know spring training and the regular season will begin on time, and that there won’t be an expanded postseason in 2021. I’m not completely sold on that last part — the two sides could agree to an expanded postseason at the 11th hour like last year again — but, as things stand, it will be business as usual this coming season. Business as usual aside from the pandemic, of course.

MLB and the MLBPA must still agree to COVID-19 protocols for spring training and the regular season, and the two sides could still agree to rule changes for the new season. In fact, rule changes are necessary to make the season happen. Here, in no particular order, are seven rule changes we saw in 2020 that should be put in place again in 2021.

Yeah, this needs to happen. MLB keeps trying to use it as a bargaining chip to get an expanded postseason but the universal DH just isn’t that valuable. It is 15 low-value jobs — not many teams spend big on a DH — and no additional roster spots. All they would be doing is converting 15 bench jobs into 15 full-time jobs. That’s not nothing, but it’s not the most valuable thing in the world either.

Players will have a full and normal-ish spring training to prepare for this season, unlike that three-week summer camp last year. In theory, teams won’t need an expanded roster early in the season. Except pitchers threw so few innings last season, and expecting them to go back to a full workload this year is unreasonable. It’s unreasonable and it’s not safe either.

“You have to remember we came off a 60-game season,” Mariners manager Scott Servais told reporters, including Ryan Divish of the Seattle Times, last week. “Our guys threw 60-70 innings, and now you’re trying to bump them up to hopefully in the 180-range. That’s a big jump.”

Again, pitcher health should not be a labor issue. Everyone on both sides of the table should be in favor of it. I don’t expect MLB to agree to a full-time 28-man roster in 2021 — I’m not sure that’s necessary, to be honest — but starting the year with a 30-man roster that tapers down to a 26-man roster is worthwhile. Go with the plan that was initially in place last season.

The extra roster spots early in the season allow teams to ease their pitchers into action and better control their workloads. They can use a six-man rotation or simply pull their starters earlier in games and use extra relievers. The worst thing a pitcher can do is too much too soon. Giving teams a few extra roster spots in April helps avoid that. This a no-brainer to me. It should happen for health reasons.

COVID-19 infections and hospitalizations are higher right now than they were at any point last year. MLB is going to be play games in the middle of a pandemic, and that means positive tests and close contact will necessitate postponements. It is inevitable. Look at the NBA and NHL. They’re playing their seasons and they have a few COVID-19-related postponements a week, it seems.

Games are going to be postponed, potentially a lot of games, and they will have to be made up at some point later in the season. We saw teams play three doubleheaders in a single week at times last year. MLB has to assume something like that will happen again, in which case seven-inning doubleheaders are a necessity. You can’t ask players to run themselves into the ground like that.

I am pro-universal DH, but of all the 2020 rule changes MLB and the MLBPA should consider for 2021, this is the one that most has to happen (aside from the obvious COVID-19 list). It’s less wear and tear on the players, and less time at the park equals less exposure to the pandemic for players, coaches, stadium workers, and fans. Seven-inning doubleheaders are a must.

Similar to seven-inning doubleheaders, the extra-innings tiebreaker rule is a necessity for 2021. The rule reduces wear and tear on the players by eliminating (or at least lowering the chances of) marathon extra-innings games, and less time at the ballpark equals less exposure to the pandemic for everyone. I found the tiebreaker rule fun, personally, but even if I hated it with the passion of a thousand burning suns, I’d still acknowledge it’s smart for 2021. The less time on the field during the pandemic, the better.

At the outset of last season, teams were allowed to bring up to three extra players on road trips (if they brought the maximum three players, one had to be a catcher). Those players did not have to be on the active roster, though they could travel with the team and were immediately available as replacements for injured or sick players. No one had to travel from the alternate site.

MLB and the MLBPA later agreed to expand the taxi squad to five players — they agreed to that when they agreed to stick with 28-man rosters all year — and although there is expected to be a Triple-A season in 2021, a taxi squad still makes sense. That way players are readily available and don’t have to travel commercially to join the team whenever roster moves are necessary.

This is not something MLB and the MLBPA have to agree to just yet. They can let the regular season play out, see where things stand in a few months with regards to the pandemic, then make a decision about whether they need a postseason “bubble.” It is something to keep in mind, that’s all. The two sides can figure out the particulars later this year should it become evident another neutral-site postseason is the best and safest way to complete the season. 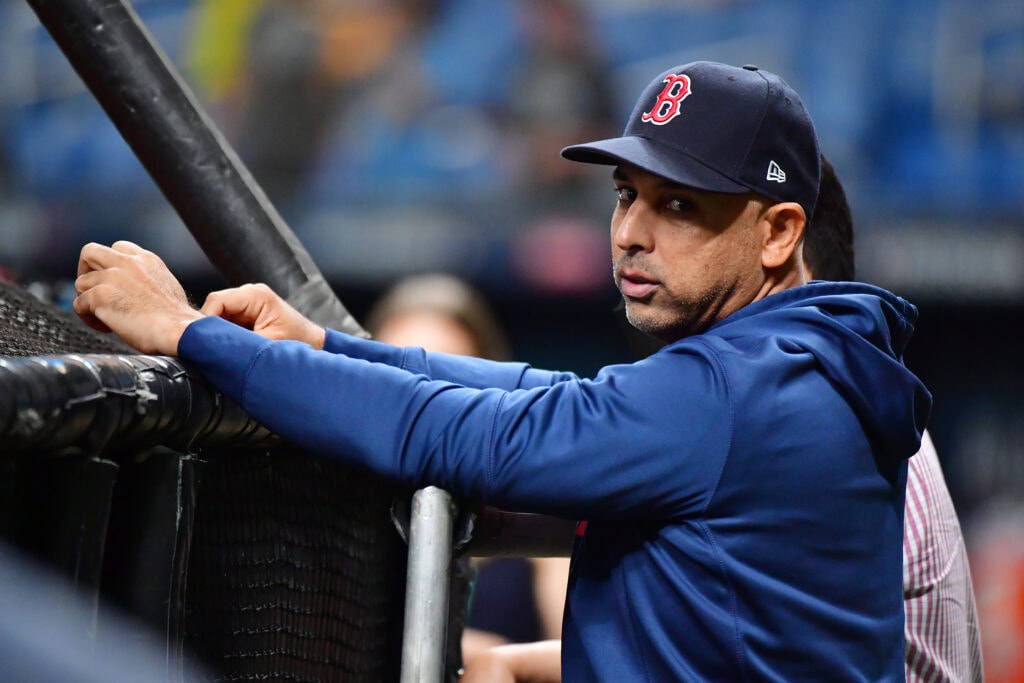 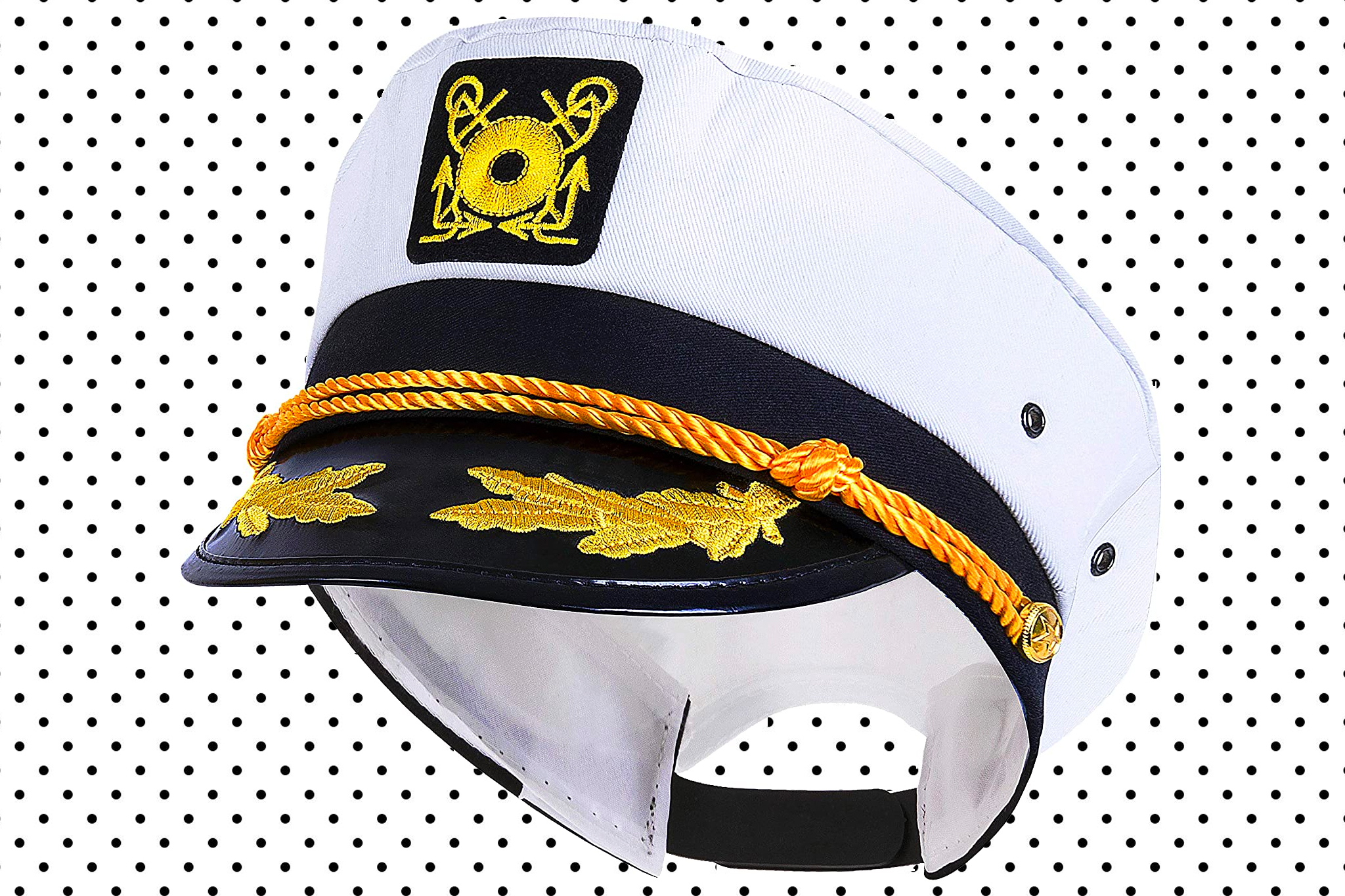 You're the captain now: wear a captain hat like Brandon Belt