The NASCAR Throwback Weekend is little more than one week away, and the Cup Series drivers are unveiling their special paint schemes. Team Penske driver Ryan Blaney just revealed his design, which looks back at his early days in racing. He will drive a recreation of his Super Late Model race car from 2010-11.

Blaney posted a photo of his No. 12 Ford Mustang on Thursday night, as well as another showing the inspiration. Both cars featured the red, white, and blue color scheme with unique stripes on the side. The design also included color-swapped numbers on the roof to add some extra flair. Though the Team Penske driver clarified that his car wasn’t flashy.

This scheme brings back some memories for me and dad. Not the flashiest thing out there but that’s how I like it. @AdvanceAuto @TooToughToTame pic.twitter.com/ST6ye7yG9w

Advance Auto Parts will join Blaney for this special throwback scheme as he heads to Darlington Raceway on Mother’s Day. This sponsor joined him for several races during the 2020 season, including a fourth-place finish at Atlanta Motor Speedway and a sixth-place finish at Kentucky speedway.

Blaney previously honored another driver with a special throwback scheme

When the 2020 Throwback Weekend arrived, it brought a wide variety of top paint schemes. Blaney used his to honor a driver with a 16-year Cup career but a considerable impact. He headed to Darlington with a blue car that featured orange, yellow, and red stripes on the sides and hood. This scheme honored Paul Menard, a veteran driver who retired at the end of the 2019 season.

According to NASCAR, the particular color scheme featured during Throwback Weekend referenced Menard’s first ARCA victory back in 2003. This paint scheme also highlighted Menard’s debuts in both the Cup and Xfinity Series. The veteran won one Cup Series race during his career — at Indianapolis Motor Speedway in 2001 — as well as three Xfinity Series races.

The family-owned Menards home improvement business, founded by the retired driver’s father, began working with Team Penske in NASCAR and in IndyCar since 2016. The partnership has resulted in several paint schemes on the No. 12 Ford Mustang and trips to Victory Lane.

Blaney will not be the only Cup Series driver channeling his younger self when he heads to “The Track Too Tough to Tame” for Throwback Weekend. Hendrick Motorsports driver Kyle Larson will do something similar. He will drive a large-scale version of his very first race car.

HMS revealed the design with a special video on Twitter. The short clip showed a much younger Larson proudly standing next to his red and white race car. It then showed him holding a trophy and some money, providing a glimpse at his future success in the NASCAR. Finally, the video showed the modern-day version in preparation for Throwback Weekend.

We’re celebrating the car that started it all for @KyleLarsonRacin!

The No. 5 https://t.co/OdrQ85uamk Chevy will sport a #NASCARThrowback scheme based on Kyle Larson‘s first race car. Tune in Sunday, May 9 for the throwback action @TooToughToTame! pic.twitter.com/lQz7o3Hq4s

Larson explained in a separate post that the MAJ1K logo came from his father. It originally stood for “Mike, Andrea, Janet, Including Kyle.” However, they changed the “I” in the logo to No. 1 to fit with the number on the side of Larson’s car.

“It was important for me to get that logo on the car because it was our family team logo,” Larson said in the video. He also showed himself trying on an old-school MAG1K helmet while his father held up a retro orange, blue, and white firesuit.

Blaney and Larson will both put their special paint schemes on full display during Throwback Weekend. The Goodyear 400 Cup Series race at Darlington will take place on May 9 at 3:30 p.m. ET. Fox Sports 1 will provide coverage as 40 unique vehicles circle the iconic track. 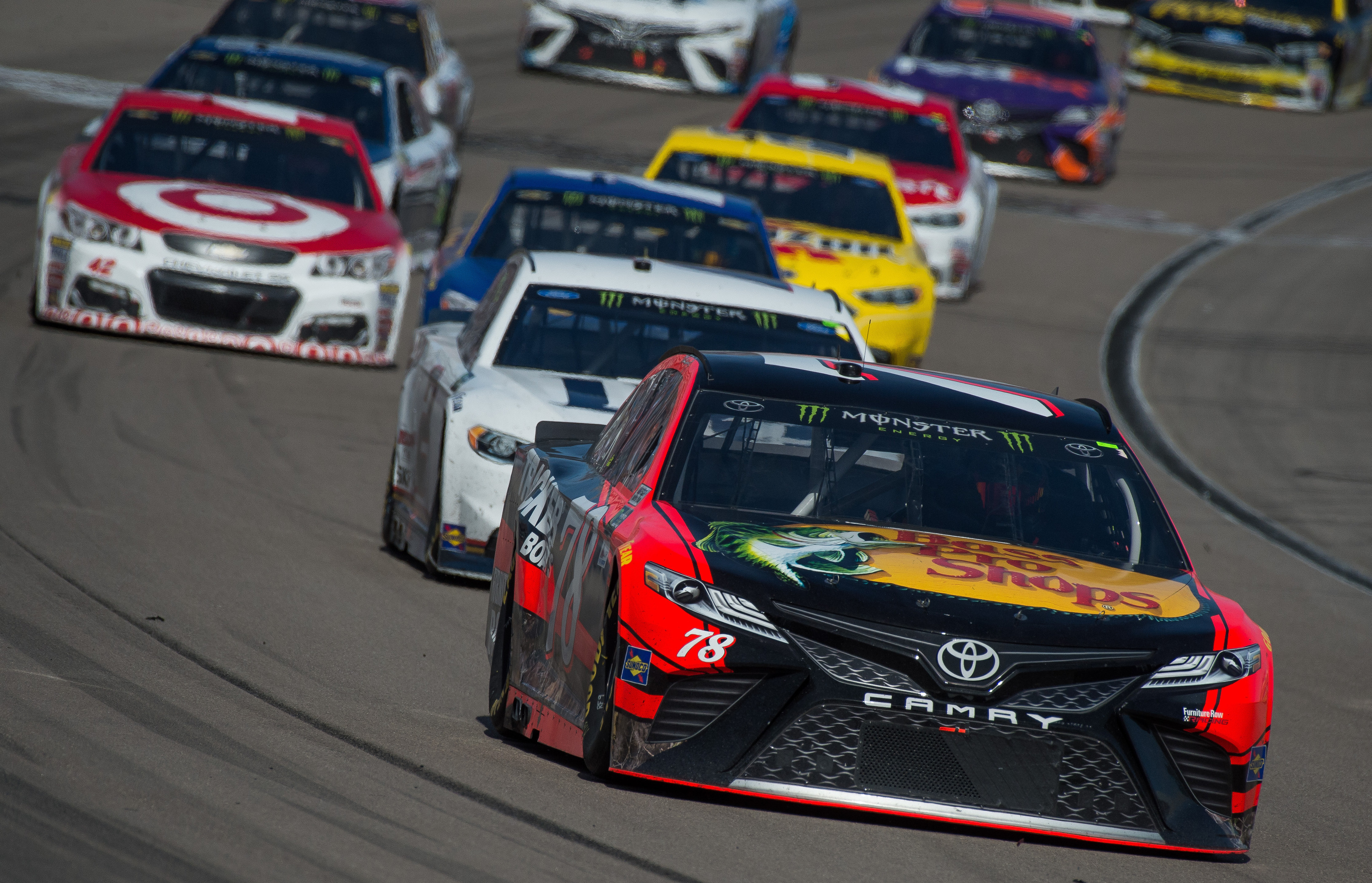