The NIC-10 had never seen anyone like Tonya Bogdonas before.

Belvidere’s Cindy Marcial had gone undefeated until the state tournament in 1983, finishing 29-2 as a freshman. But Bogdonas, who came in the next year, was even better, going 32-0 in 1984 before losing 6-2, 6-3 to three-time state place-winner Stacy Berg of Oak Park in the third round at state. The backdraw was then rained out, taking away any chance Bogdonas had of earning the conference’s first state girls tennis medal, awarded to the top six places.

“She was at a much higher level, a lot more skilled,” said Cindy (Marcial) Nevenhoven, a long-time tennis coach who played at Western Illinois and is one of five sisters who all played NCAA Division I tennis. “My skills were based on I could run fast, I had touch and I could get a lot of balls back. But she was gritty and could get balls back with a lot more on them.”

Bogdonas, our choice for the third-greatest girls tennis player in Rockford-area history, was undefeated heading into the state tournament three of her four years in high school. The only conference match she ever lost was 2-6, 6-3, 6-4 to Cindy Marcial in the NIC-10 finals her junior year when she had a slight back problem. The next week, though, she beat Marcial 6-0, 6-3 to win sectionals.

Bogdonas also played four years at NCAA power Georgia and played in major regional and national tournaments in the summer and trained with private coaches, while the Marcials mostly trained and practiced against themselves. In short, Bogdonas was Rockford’s first girls tennis prodigy.

“She trained outside. My family didn’t do that too much until Eva (the youngest Marcial) came in,” Nevenhoven said. “We were local. Tonya played at a much higher level, with more pace. She trained outside and I practiced with my family. But she was very nice. Her persona on the court was gritty, take-no-prisoners, but you get her off the court and she is pretty easy going.”

Bogdonas also played one year with Sarah Kohl, our pick as Rockford’s No. 5 greatest player, who was a freshman at Guilford when Bogdonas was a senior.

Kohl and Bogdonas both were known for hard, powerful, somewhat flat groundstrokes, but Bogdonas also had an inside-out forehand.

“That was my favorite shot,” said Bogdonas, who now lives in Marietta, Georgia, and works for Intercontinental Hotels Group after being the vice president of production and marketing for Turner Broadcasting for 18 years. “I would work on that with my coaches from Aurora for hours and hours. It was awesome.

“It was a shot that other people weren’t used to seeing. I also had a great two-handed backhand. Those shots help you open up the court. I used to work on short angles at mid-court.”

“She was not the fastest on the court, but she was very quick and anticipated well,” Balsam said. “And her shots opened up the court for the type of shots she wanted to hit next.”

As a sophomore, Bogdonas was again undefeated until losing to eventual champion Cece Cahill of Hinsdale Central in the state quarterfinals. She then won four more matches in the backdraw before losing to Tracy Taylor of Chicago Latin and finished sixth to earn the first girls state tennis medal in area history.

As a junior, Bogdonas wasn’t even seeded, after losing to Marcial at conference. Even though she came back to beat her at sectionals and that was her only loss to Marcial in three years.

“Cindy was a retriever; she would get every single ball back,” Bogdonas said. “It was a good challenge for me. I like to end points quickly and she was always getting them back. And she hit a lot of topspin, a lot of loopy, slow balls and I would have to generate all the pace.

“You had to be ready to play longer points against her, hang in there and wait for your opportunities. It took more patience for sure. And it was frustrating. She was quick and she was tiny and she could get everything back.”

Being unseeded meant Bogdonas ran into Berg again fairly early, losing 6-7, 6-2, 6-3 in the third round. And, once again, the backdraw was rained out, so Bogdonas had no chance to place after that loss.

But she had a great chance as a senior, when she was seeded No. 1. To this day, Bogdonas, 1965 boys champ Dan Wikse of West and Guilford’s Tracy Fenelon, boys state runner-up in 1978 and 1979 who was sick and missed the state tourney as a senior, are the only three local tennis players to earn a No. 1 seed at state.

Bogdonas wound up fourth as a senior. The crushing blow was a 4-6, 6-0, 7-6 semifinal loss to eventual champion Julie McKeon of Glenbrook North, a player she had beaten three times in the past. That match was delayed eight hours by rain, after Bogdonas had taken an early lead, and moved indoors to Glenbrook Racquet Club, where McKeon often practiced.

“My senior year was the hardest,” Bogdonas said. “We had to go indoors because of the weather. They also had a basketball game there and the entire team and their fans came in and flooded the indoor center. There were no stands. The court was surrounded by their fans.

“It was a great experience because it prepared me for Georgia and the college atmosphere, but it was super tough. They were heckling and yelling at me. The were talking during points. It was crazy. It was a zoo.”

Tennis was the only sport for Bogdonas.

“It was all I had time for, between playing national tournaments and the travel that was involved with that.”

Her older sister, Cindy, was also a tennis star, playing for Boylan and then Michigan State, but not much with Tonya because she was 12 years older. Still, she passed on the tennis bug.

“I was always tagging along with her to tennis tournaments growing up,” Bogdonas said. “It just came natural to me.”

In college, Bogdonas was part of one of the first recruiting classes by Jeff Wallace, who is still coaching at Georgia with a 750-184 career record, two NCAA titles and 15 SEC championships. Bogdonas’ dreams of playing pro tennis died in college, but she lettered all four years — one of only three players from Illinois to ever letter for Georgia — played No. 1 doubles her senior year for a team that reached the NCAA final four and played singles from anywhere from No. 4 to No. 6 all four years and No. 2 or 3 doubles her first three years.

“Once my senior year came, I had several injuries,” said Bogdonas, whose oldest son is now being recruited by NCAA Division I football teams. “Fortunately I never had to sit out because of them, but my body was starting to break down. It was just time to stop.

“But I had an amazing college experience. My senior year we were preseason ranked No. 1. We lost our No. 2 player and our No. 3 player and we still made it to the final four. If we had those two, we might have won.

“Jeff Wallace, my coach, is still there and we’ve won many more championships, so we laid the groundwork for a lot of people. It’s amazing. One of the best decisions I ever made was to go play at Georgia. It felt like home when I went on tmy recruiting trip. I still talk with all the girls I played with and we go back and watch the matches. Last fall we hosted a retreat for all the incoming freshmen and current players. Georgia is a great place to be an alumni.”

The Rockford Register Star is running a daily retrospective on the greatest area athletes of the past 75 years in every IHSA sport fielded by local high schools. Now we are running our girls tennis list.

All of the greatest athletes are chosen by Matt Trowbridge with input from NIC-10 History Book founder Alex Gary, plus other area experts and fans. Previously featured: 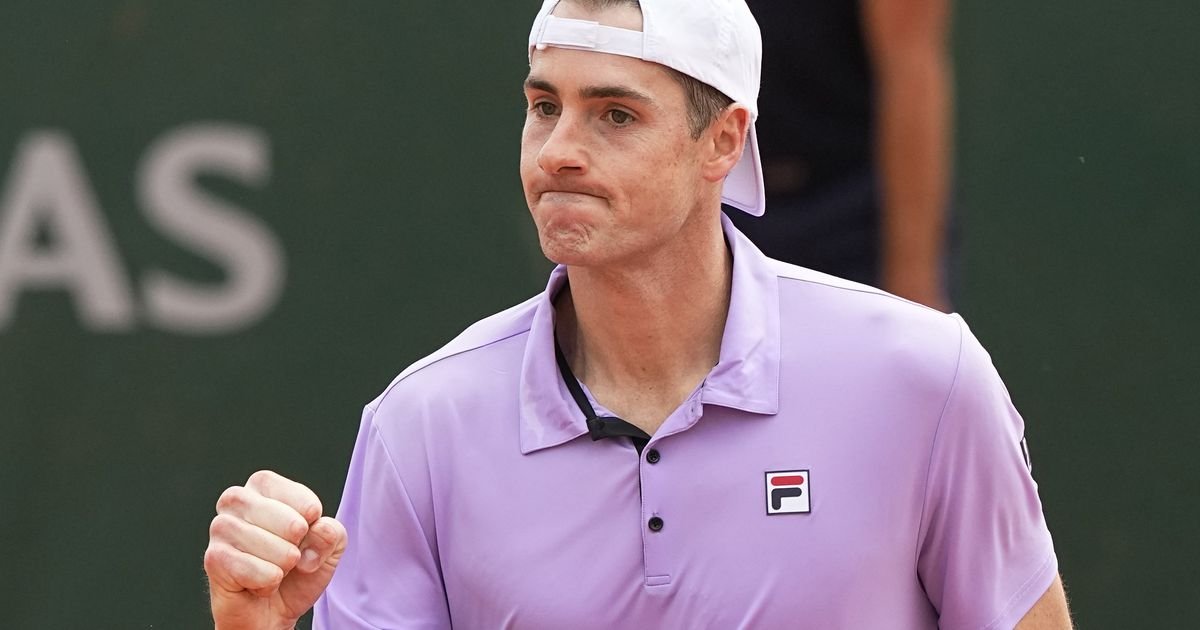 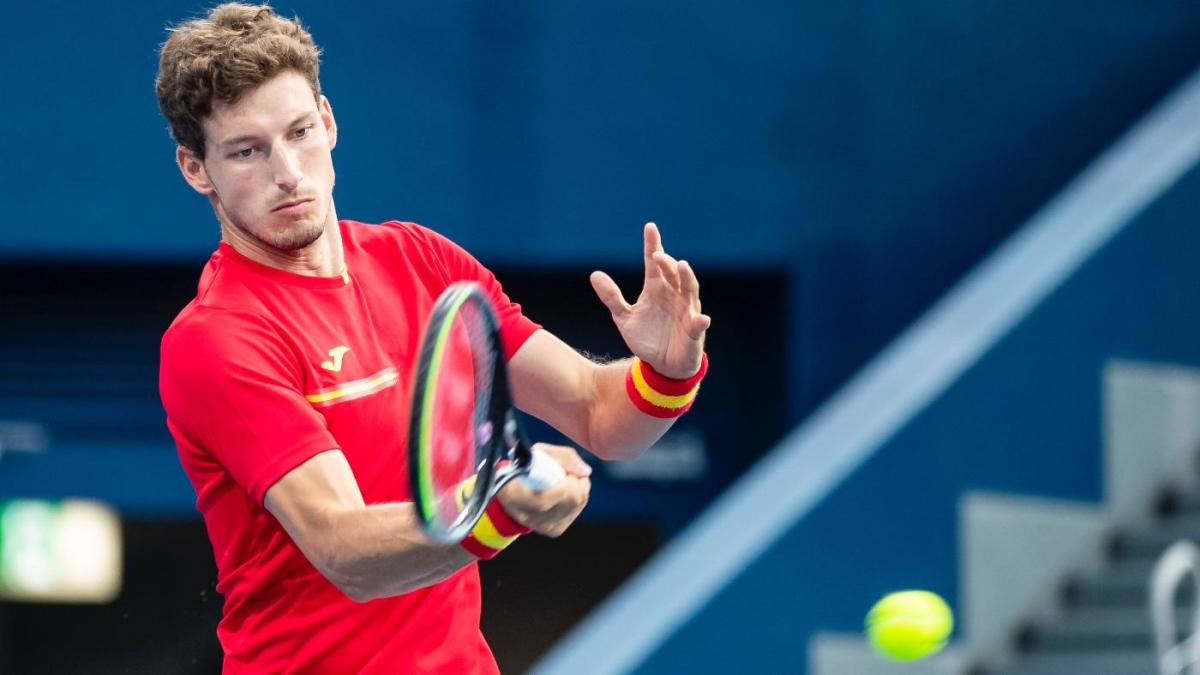 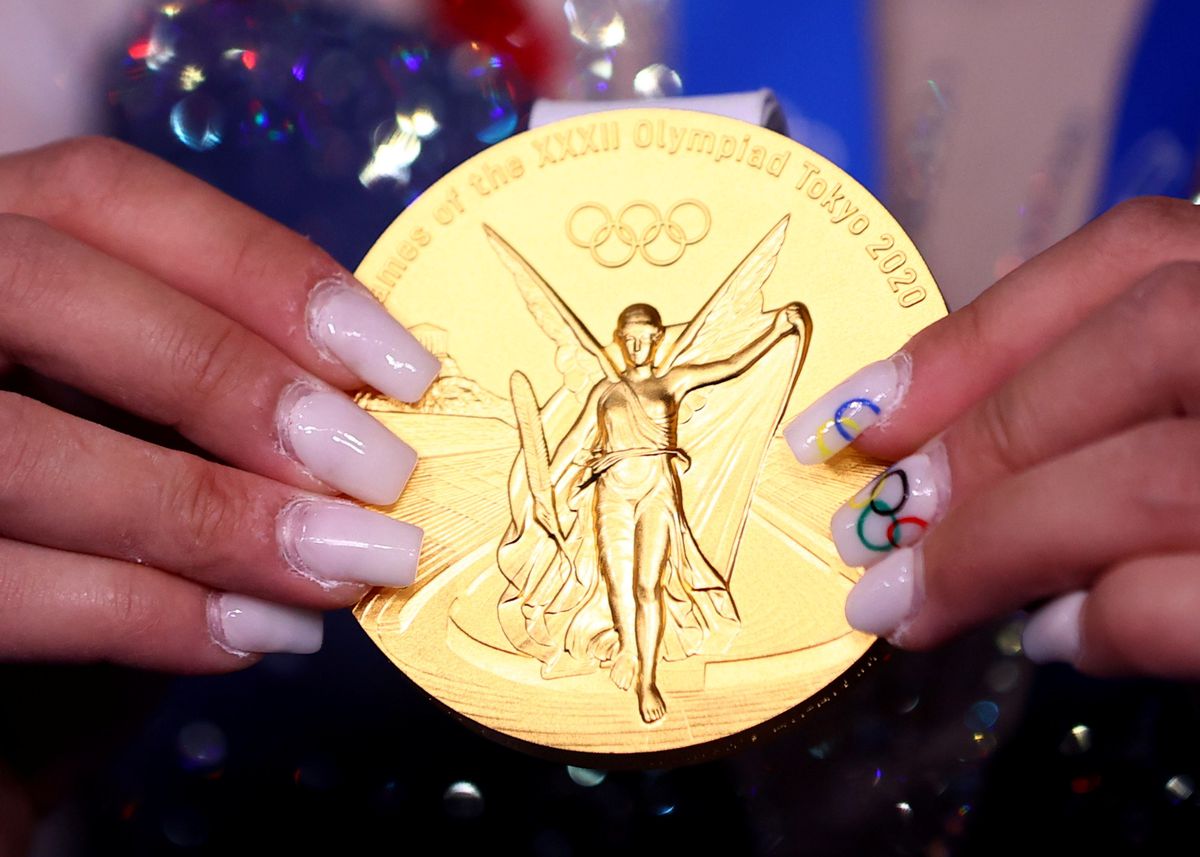 American Lee takes gold in a field without Biles