It is advisable to pick Dinidu Marage as the captain of one of your Dream11 Fantasy teams, considering his performances in the last edition.

The 4th match of the ECS T10 2021 will be played Between Rome Bangla Morning Sun and Roma Cricket Club on 15th March, at Roma Cricket Ground in Rome.

The match is scheduled to start at 2:30 PM local time (7:00 PM IST) and it will be streamed live on Fancode.

Rome Bangla Morning Sun will take on Roma Cricket Club in the fourth match of the ECS T10 Rome on Monday. This will be the second match of the day for both teams. Rome Bangla will play the opening match of the series against Royal Roma, while Roma CC will open their campaign against Asian Latina.

The weather is predicted to sunny in Rome with the temperature will be around 15 degrees Celsius and humidity will be 50 per cent. There are 10% chances of precipitation for this match.

The pitch here at Roma Cricket Ground usually provides good support to the batsmen because of short boundaries and fast bowlers will also get some help from the pitch. Batting first will be a good option on this pitch.

130 (Last5 matches played on this venue)

Dinidu Marage is a batting all-rounder who can contribute with the bat and the ball for his team. He was the leading wicket-taker for Roma CC with 8 wickets in 5 matches in the last edition, and he also scored 126 runs at a strike rate of 280.

Navodh Kalansuriya is the all-time leading run-scorer of Roma CC and he will look to maintain his consistency with the bat. In the previous edition, he scored 159 runs in 5 matches at a strike rate of 227.14.

Anik Ahmed is a dangerous opening batsman known for his hard-hitting abilities. He was the leading run-scorer and wicket-taker for Rome Bangla Morning Sun in the last edition of ECS. He scored 84 runs at a strike rate of 200 and picked up 5 wickets.

Prabath Ekneligoda is a batting all-rounder who scored 78 runs at an average of 19.50 and a strike rate of 190 in 5 matches of the previous edition.

Shoel Chowdhury can contribute with both the bat and the ball for his team. He has the ability to turn the game anytime with his incredible all-round ability.

Also Read – Reports: IPL 2022 to feature 10 teams, two additional teams to be auctioned in May 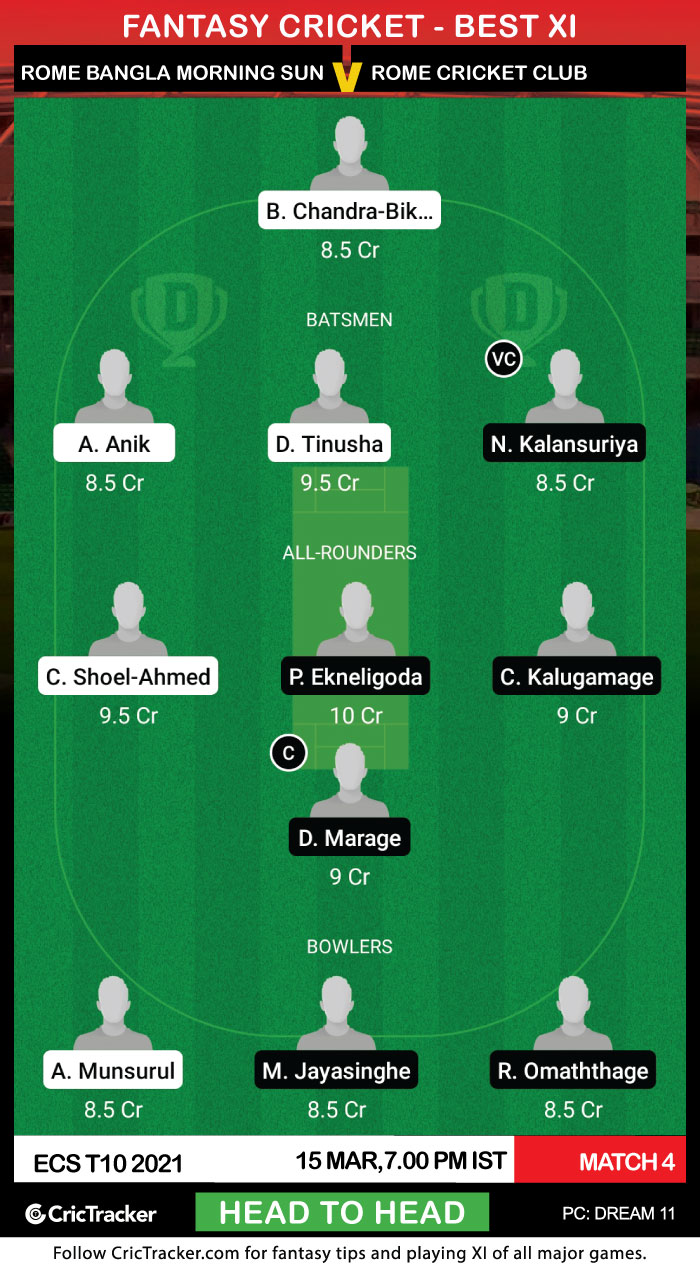 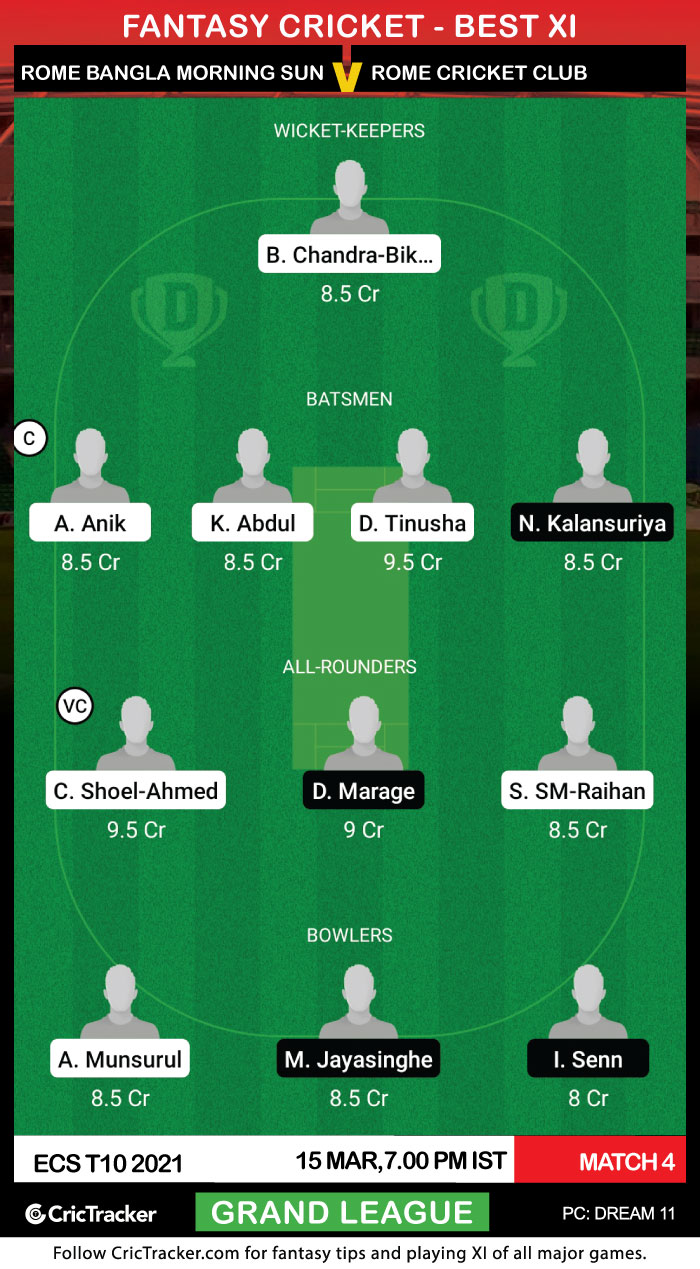 It is advisable to pick Dinidu Marage as the captain of one of your Dream11 Fantasy teams, considering his performances in the last edition.

Roma Cricket Club are expected to win this match. 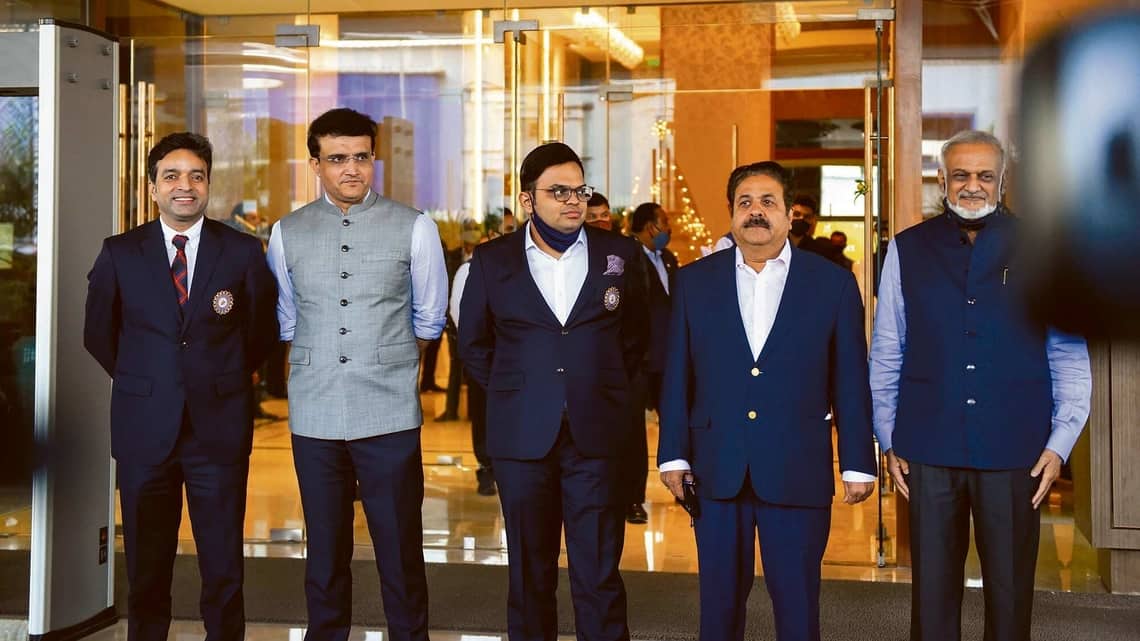