Lamar Jackson is winless in the playoffs. The Tennessee Titans upset the Baltimore Ravens in last season’s Divisional Round of the playoffs.

Earlier this season, the Ravens suffered a heartbreaking loss as the Titans came back from a deficit to overcome the Ravens in a key AFC game. Also not to mention the bad blood from last season that spilled over to this year.

Now, Jackson and the Ravens are in prime position to overcome the hardship withstood from Tennessee by defeating them in the season’s most important game.

After enduring his first career losing streak and understanding the pain and dejection that losing promotes, Jackson is currently at the top of his game and more than determined to lead a Baltimore Ravens team, currently on a five-game winning streak, through a formidable AFC playoff race.

Baltimore’s defense has seemed to recapture their intimidating and disciplined identity during the latter half of the regular season, too.

Before looking ahead, the Ravens must overcome a dangerous Titans team filled with offensive playmakers in Ryan Tannehill, A.J. Brown, and Derrick Henry – all of whom have given Baltimore problems before.

Earlier this season, the Ravens faced a Titans team that would not let up. The offensive playmakers I just mentioned played superb football and created many defensive headaches for the Ravens.

Let’s take a look at the game script:

To start the game, Jackson and the Ravens quickly went three and out.

Beginning at their own 21 yard-line, the Tannehill immediately took a deep shot to A.J. Brown and gained 39 yards as a result of a pass interference penalty on Marlon Humphrey.

The Ravens took it right back at the Titans’ defense as strong runs and a 14-yard Mark Andrews grab put Baltimore in Tennessee territory.

Unable to extend the drive, Justin Tucker nailed a field goal from 30 yards away.

On a third down and four on Tennessee’s following drive, a Ravens blitz put Tannehill in a panic as a pass wobbled out if his hands and into the hands of Tyus Bowser for the interception.

Looking to capitalize off of the turnover, J.K. Dobbins used two runs to find a first down; however, Jackson and the Ravens were unable to score with goal to go.

Tucker put in another field goal.

Tennessee’s next drive only took 1:40 seconds off of the clock as the offense went three and out.

Starting at their own 40, Jackson and the Ravens went to work.

A huge third down and 13, 30-yard conversion from Jackson to Andrews set the Ravens up in scoring territory.

Three plays later, Dobbins found the end zone with a two yard score; he also caught a pass in the flat for a two-point conversion.

Down by seven, the Titans needed to find some points before the half.

On the first play of their next drive, Tannehill scrambled for a 21-yard gain.

Unable to get a first down after the big play, the Titans lined up in punt formation but faked the punt and had backup QB Logan Woodside complete the pass for a first down.

The Titans aimed to take advantage of the slight shift in momentum and find six.

Baltimore’s defense held strong in this drive despite the Titans running ten plays in Baltimore territory and forced Stephen Gostowski to sink a 40-yard field goal, which he did.

Heading into halftime, the Ravens had the edge over Tennessee 14-10.

To begin the second half, the Titans quickly went three and out.

In one of Jackson’s most beautifully delivered footballs all year, he found Andrews for a 31-yard touchdown to extend the lead to 11 points.

Down 10-21, the Titans gained ground as Tannehill delivered a perfect pass to Corey Davis for a 50-yard gain.

After another strong goal-line stand by the Baltimore defense, Gostowksi nailed another field goal from 40 yards away.

On Baltimore’s next drive, after gaining a fresh set of downs, Jackson went deep again this time for Devin Duvernay, but the pass was overthrown and intercepted by Amani Hooker.

Following the interception, first down gains from Tannehill and Henry set the Titans up in scoring position. Tennessee chipped away at the lead even more as Gostowski nailed another field goal, this time from 22 yards away.

On a crucial drive to recapture momentum, the Ravens couldn’t put together a scoring drive and had to punt back to the Titans.

With 7:43 left in the game, Tannehill put the Titans on his back and threw a number of perfect passes to Brown and Davis.

Quickly in Baltimore territory, Tannehill was sacked on a second down and two, which pushed the Titans back to Baltimore’s 14 yard-line.

On the very next play, A.J. Brown demonstrated why he is one of the best young receivers in the NFL as he took a seven-yard pass (as well as half of Baltimore’s defense) and powered his way into the end zone to give Tennessee a 24-21 lead.

Needing a tie or a go-ahead score, Jackson and the Ravens began to gain ground in their drive as they started at their own 25-yard line with 2:18 left in the game.

Chunk plays by Jackson, Andrews, and Dez Bryant allowed for the Ravens to potentially score in the final seconds of regulation.

Tennessee’s defense held on strong as the Ravens were unable to extend the drive for a chance to score six.

Tucker and the Ravens tied the Titans 24-24 to end regulation.

In overtime, the Ravens won the toss, elected to receive, and immediately went three and out after an abysmal opening overtime drive.

At this juncture of the game, Henry became the focal point of Tennessee’s offense.

After a few nice first down passes from Tannehill, the Titans were in field goal range.

On a first down run from Baltimore’s 29-yard line, Henry found a hole, side-stepped, and outran the defense to the end-zone for the walk-off touchdown and Titans victory.

What can we expect this Sunday?

I believe fans will watch a Ravens team ready to overcome their playoff demons and fight their way past the Titans to the Divisional Round.

The Ravens understand the situation at hand and have playmakers on the other team.

Though it is nearly impossible to stop a player like Derrick Henry, it will be up to the Baltimore coaches to scheme well and limit his effectiveness.

Pressure must be put on Ryan Tannehill to make throws into tight windows all over the field.

Taking the ball out of Henry’s hands as frequently as possible will give the Ravens the best shot at a victory.

At the same time, strong defense play on the backend will be needed by Humphrey, Peters, Clark, and Elliott as Tennessee’s wide receivers have exploited Baltimore’s secondary in the past. Strong tackling from this unit is also a necessity as poor tackling in the secondary was evident in their Week 11 loss to the Titans.

Offensively, the Ravens need the success from their five-game winning streak to continue to hopefully build up an early lead, sustain it, and keep scoring.

The late-season emergence of playmakers such as Marquise Brown, Miles Boykin, and J.K. Dobbins will definitely help Baltimore’s chances in this game.

Expect heavy reliance on the run game as Jackson, Dobbins, and Edwards have been finding tremendous success with the insertion of an extra offensive lineman in ordinary offensive schemes.

Overall, mistake-free football must be emphasized on both sides of the ball.

A turnover-less Lamar Jackson, calm and calculated John Harbaugh, and the absence of drive-extending penalties will give the Ravens a tremendous shot to finally hand the Tennessee Titans a long-awaited loss. 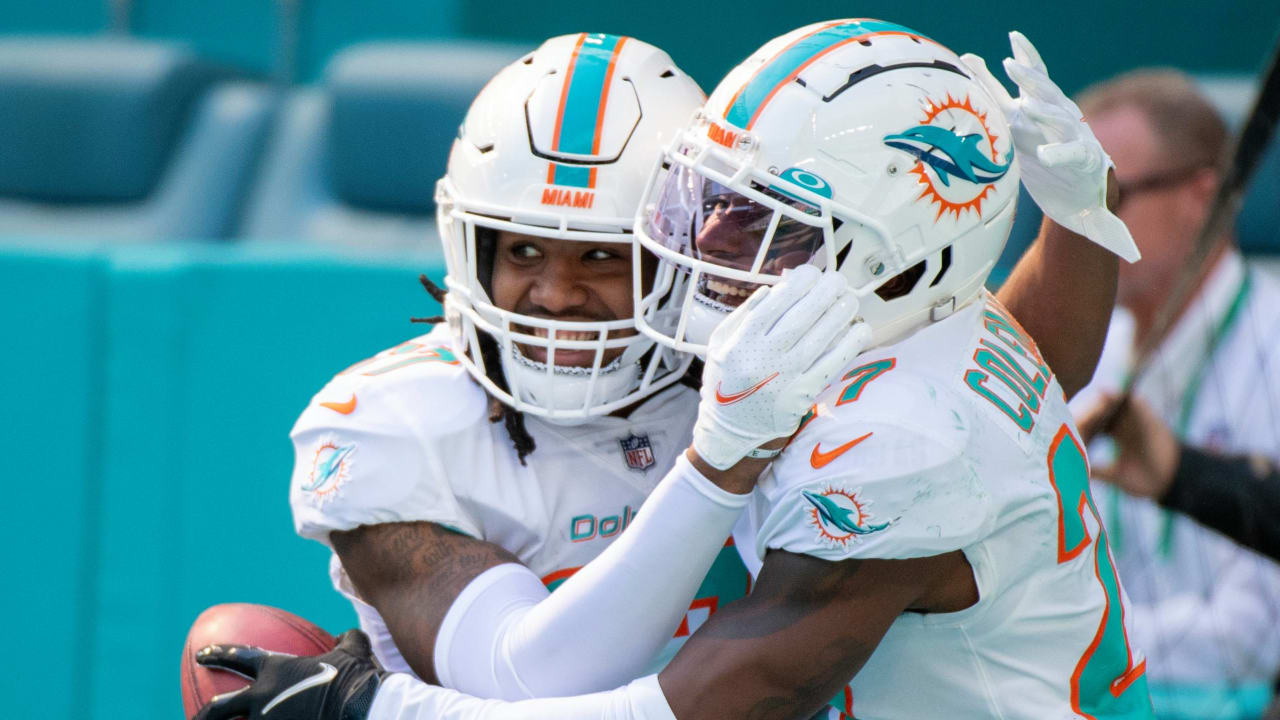 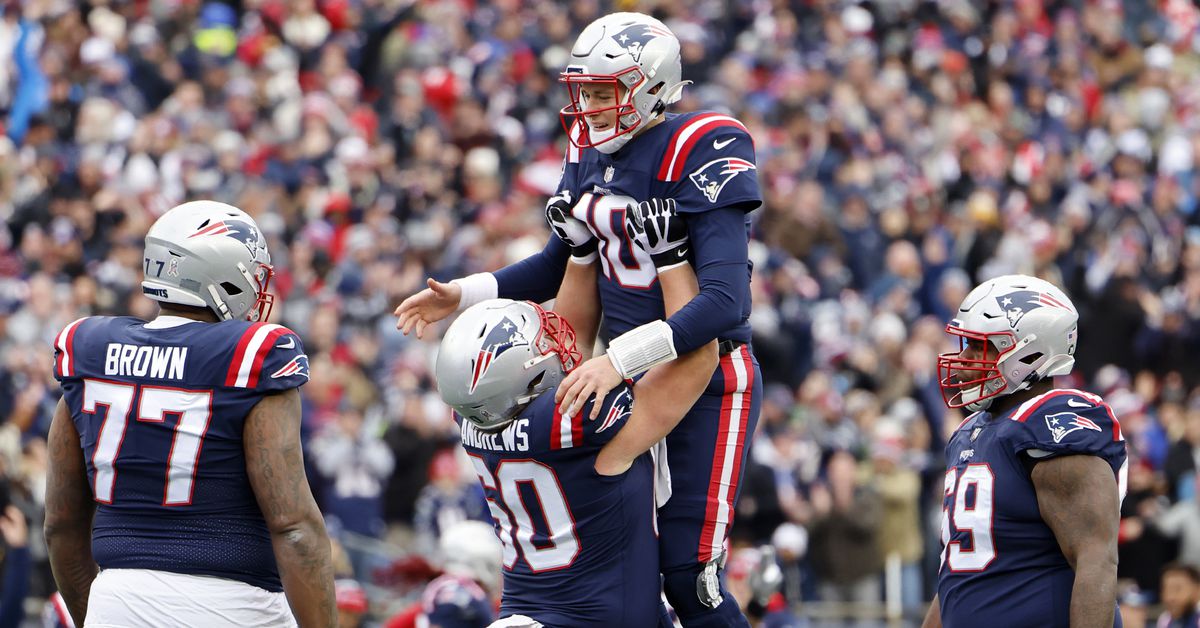 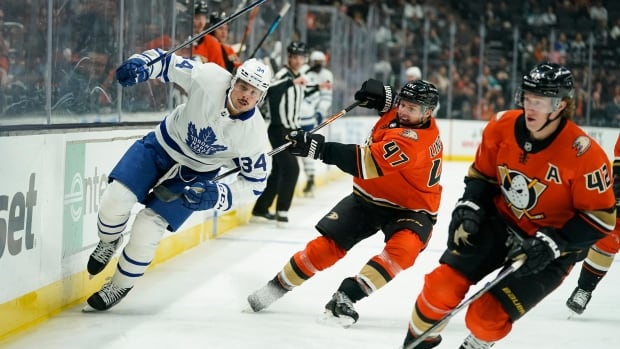