16. 2019: The only reason this wasn’t in the basement was because the Patriots were in the game in the fourth quarter. Brady ended up 20-for-37 for 209 yards, with no touchdowns and one interception in a loss to the Titans. A wildly disappointing end to his New England career.

15. 2010: Given the level of expectation on the Patriots (who went 14-2 in the regular season) and the offense in particular (they averaged 32.4 points per game, best in the league that year), the one-and-done loss to the Jets leaves this one near the bottom of the list. In the division round defeat, the quarterback ended up going 29-for-45 for 299 yards with two touchdowns and one interception in the 28-21 loss.

14. 2005: After three titles in four years, Brady and the Patriots ran out of gas in the divisional round against the Broncos in Denver. The quarterback finished his two-game playoff run that year (a win over the Jaguars and a loss to the Broncos) going a combined 35-for-63 for 542 yards, with four touchdowns and two interceptions. For some, that’s a postseason of a lifetime. For Brady, it lands with a thud when stacked against the rest of his playoff career.

13. 2012: This two-game stretch featured a really good outing (25-for-40, 344 yards, three touchdowns, no interceptions) in the divisional playoffs against the Texans, and a subpar one (29-for-54, 320 yards, one touchdown, two interceptions) in an ugly loss to the Ravens in the AFC Championship. The best phrase we can use here? Forgettable.

12. 2006: Relatively ugly numbers for Brady when you stack them against some of his other playoff runs (a combined 59 percent completion rate, 724 passing yards, five touchdowns and four interceptions), but this postseason rated high on the intangibles meter. He basically made a series of key throws at important points to will his team to within one drive of the Super Bowl. He completed multiple passes late in a dramatic divisional playoff win over the Chargers in San Diego. And he and Peyton Manning dueled in an AFC Championship showdown that ended with the Colts winning, 38-34, after a last-minute Brady interception sealed the deal.

11. 2003: On the way to ring No. 2, Brady went from two middle-of-the-road performances to a strong finish. There was a not-great outing in bone-chilling cold against the Titans (21-for-41, 201 yards, 1 TD), and a similar sort of performance in the AFC title game against the Colts (22-for-37, 237 yards, 1 TD, 1 INT). Then came his finest playoff game to date: 32-for-48, 453 yards, 3 TDs, 1 INT in Super Bowl XXXVIII against the Panthers. It represented the most passing yards, touchdowns, and highest quarterback rating for him in a playoff game to that point in his career.

10. 2013: At least statistically, this two-game playoff stretch is faintly reminiscent of the year before for a couple of reasons, not the least of which is the fact that it ended before reaching the Super Bowl. One big win over the Colts before a miserable loss in Denver to the Broncos in the AFC title game. The biggest takeaway from this postseason was likely the sight of Brady being snapped in half by the fearsome Denver pass rush.

9. 2004: This feels like it’s rated too low, but the truth of the matter is that while Brady didn’t make many mistakes that postseason (zero picks), he didn’t throw for more than 240 yards in any one of the three contests. The Patriots got it done that year with Corey Dillon and defense; the big back ran for 295 yards that postseason, a rate of 4.5 yards per carry. Regardless of who shouldered the bulk of the load, it all ended up with New England beating Philadelphia in Super Bowl XXXIX.

8. 2001: This probably should rate lower, at least from a statistical perspective — he threw one touchdown pass (to David Patten in the Super Bowl) and barely completed 60 percent of his passes in the three games. But we’ll bump this one to the middle-of-the-pack because it was his first, and he stood up to the harsh glare of the spotlight, especially at the end of Super Bowl XXXVI. Big on intangibles, not so much with the numbers.

7. 2011: One classic performance (six touchdowns and a 76 percent completion rate in the divisional round against the Broncos), one stinker (no TDs, two interceptions and a 61 percent completion rate in a win over the Ravens in the AFC title game) and one middle-of-the-road effort (27-for-41 for 276 yards with two touchdowns and one interception in a Super Bowl loss to the Giants) makes this a candidate for an average postseason. We took a few points off because of the safety he took early in the Super Bowl defeat. But he gets points for acknowledging he sucked in the conference championship against Baltimore.

6. 2007: This postseason marked the single finest playoff game of his career; in the divisional round win over the Jags, he was 26-for-28 for 262 yards, three touchdowns and no interceptions. Making it all the more remarkable? One of the incomplete passes was a straight-up drop. The Patriots didn’t achieve the perfect season — and there were times in the AFC Championship Game and Super Bowl XLII where he struggled — but for that one playoff game, Brady was as good as he ever was.

5. 2015: The only reason we have this one in the top 5? His performance in the fourth quarter of the loss to Manning and the Broncos in the AFC title game. It was one of the great moments of his career — with a piecemeal lineup and an offensive line held together with bubble gum and duct tape, he and Rob Gronkowski managed to keep the Patriots in this one, just falling short when a two-point conversion attempt was off-the-mark with 12 seconds left. Brady went 27-for-56 for 310 yards, with one touchdown and two interceptions, but again, this one isn’t here for the numbers.

4. 2018: For Brady, the playoff numbers were good-not-great when stacked against some of his other postseasons: 85-for-125 (68 percent), 953 passing yards, two touchdowns, three interceptions. But we’re going to rank it fourth overall for two reasons: one, the job he did leading the overtime drive to beat the Chiefs in Kansas City in the AFC Championship. Masterful. And two, his fourth-quarter pass to Gronkowski in Super Bowl LIII, a beautiful throw that set up the eventual game-winning touchdown. In hindsight, that postseason should have been the period at the end of his New England career. Instead, it was Logan Ryan’s pick-6 and a wild-card loss to Tennessee a year later. Such is life.

3. 2017: The Patriots ended up losing Super Bowl LII, but Brady’s final playoff line was astounding: 89-for-139 (64 percent), 1,132 passing yards, eight touchdowns and no interceptions. That included a Super Bowl-record 505 passing yards in defeat. Honestly, if he had found a way to finish off that final drive against the Eagles, this one might have been his best.

2. 2014: In the wake of the 2016 and 2017 playoff runs, this one might actually get overlooked, but it’s absolutely transcendent. First of all, against two of the six best defenses in the game that year (Baltimore and Seattle), he was a combined 70-for-100 for 695 passing yards, seven touchdowns and three interceptions. That was wrapped around an AFC title game win over Indianapolis where he added three more touchdown passes. It ended up as ring No. 4 for Brady and the Patriots, who beat the Seahawks, 28-24, in Super Bowl XLIX.

1. 2016: Brady built to an absurd crescendo as the playoffs went along. He looked fairly pedestrian in a win over the Texans (18-for-38, 287 yards, two touchdowns, two interceptions) before a sharper performance in the AFC title game against the Steelers (32-for-42, 384 yards, three touchdowns). Then came the Super Bowl, the 28-3 comeback against the Falcons, and a final line that featured 466 passing yards, a pair of touchdowns, and a 69 percent completion rate. In the end, it was ring No. 5, another Super Bowl MVP award, and the top postseason run of an already distinguished career. Deshaun Watson’s status remains muddled, and the NFL seems content to wait it out 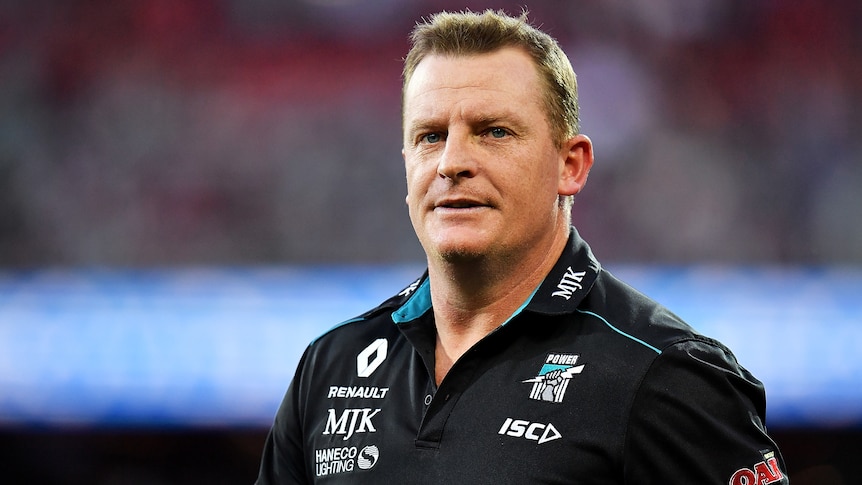