The 2021 Pakistan Super League (PSL) draft to determine the star-studded squads of the six teams for the forthcoming sixth edition of Pakistan’s most celebrated domestic cricket tournament was concluded at the High-Performance Centre in Lahore on Sunday. Following the success of the PSL 2020, the Pakistan Cricket Board (PCB) conducted the traditional draft for the next instalment of the elite Pakistani tournament as more than 400 international cricketers were in the fray to spearhead the top six teams of the PSL 2021.

While former West Indies skipper and legendary batsman Chris Gayle was roped in by Quetta Gladiators, Afghanistan spin sensation Rashid Khan was signed by Mohammad Hafeez’s Lahore Qalandars. Dale Steyn, who has already made it clear that we will miss the 14th edition of domestic cricket’s biggest extravaganza – the Indian Premier League (IPL) was recruited by the Quetta Gladiators as Sarfaraz Ahmed’s side completed their supplementary list by signing the veteran South African speed merchant.

Besides Gayle aka The Universe Boss, the Gladiators have also signed England batsman Tom Banton as the franchise’s second Platinum player for the next season. Talking about the Platinum list, South Africa’s David Miller was signed by Peshawar Zalmi. Power-hitter Chris Lynn became Multan Sultan’s platinum signing while Pakistani fast bowler Hasan Ali joined the Islamabad United for the next season of the PSL. 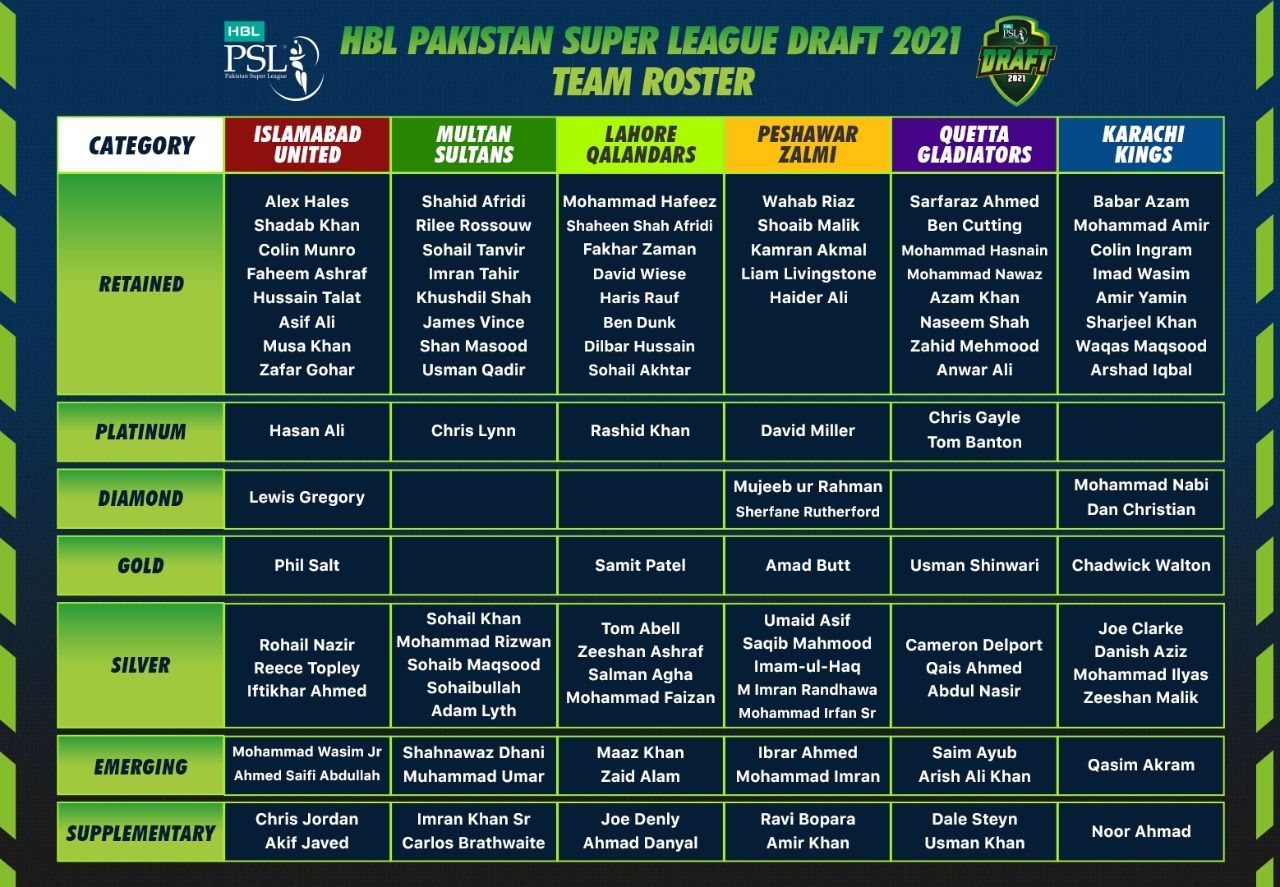 Babar Azam’s Karachi Kings, who will enter the next edition as the reigning champions retained the likes of Mohammad Amir, Colin Ingram, and Imad Wasim. The Karachi-based franchise is the only team to have not signed a single player that was placed in the Platinum category at the auction.


The sixth edition of the action-packed Pakistan Super League will be hosted by Karachi and Lahore this year. The new season of the PSL 2021 will begin from the 20th of February and the final is scheduled to take place on March 22.