The 44th match of the Big Bash League (BBL) 2010-21 will be played between the Perth Scorchers and Brisbane Heat at the Docklands Stadium, Melbourne.

The 44th match of the ongoing BBL season will see the Perth Scorchers taking on the Brisbane Heat in Melbourne. Both sides have won five matches each and are in the hunt to make it to the playoffs. While the Scorchers are at the fourth spot with 21 points, the Heat are right below them in the table with 20 points. This game will be crucial for both teams as a win will help them climb the ladder.

It will be sunny in Melbourne with only a 10% chance of rain. The temperature is expected to be around 16 Degrees.

This is the first game at the Docklands Stadium and nothing much is known about the pitch. However, it is expected to be a decent one to bat on.

Jason Roy has scored 233 runs so far in seven matches while Colin Munro has also shone well mustering 271 runs at an average of 30.11 and an SR of 127.23. Jhye Richardson has picked up 19 wickets thus far and is in the best of forms. Chris Lynn has scored 273 runs at an SR of 146 and has the ability to take the game away from the opposition on his day. 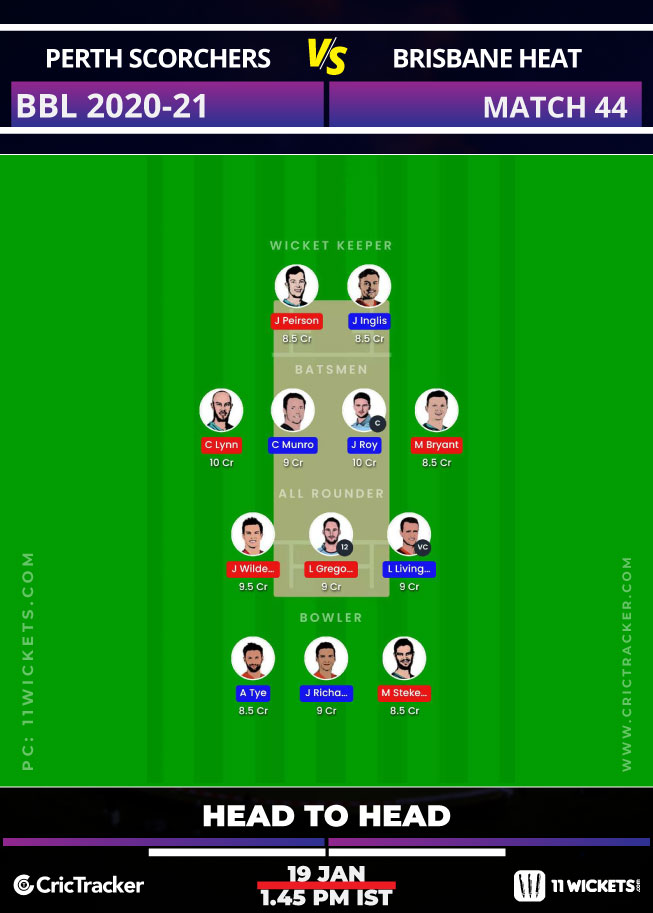 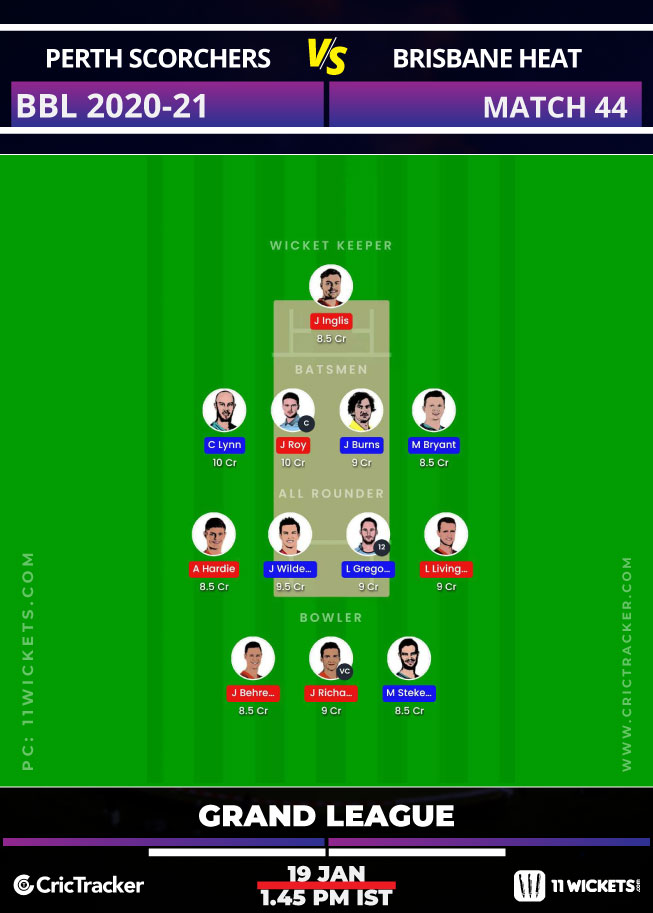 Many will pick Chris Lynn as he is in great form. For GL contests, drop him from your team. Taking a risk might benefit in this match as Jhye Richardson might get him early.

McGregor on rededicating to MMA, desire to show his growth, possible Khabib rematch