Petrus van Biljon can be a decent pick as a budget option.

The third and final match of the T20I series between Pakistan and South Africa will be played on 14th February at Gaddafi Stadium, Lahore.

The match is scheduled to start at 6:00 PM local time and 6:30 PM IST and it will be streamed live on Sony Sports Network.

South Africa’s misery finally came to an end yesterday, as they defeated Pakistan for the very first time in this series. Their bowlers deserve the lion’s share of credit, especially Dwaine Pretorius. He ripped the Pakistan batting lineup apart by picking up 5 wickets.

Pakistan could only set up a meek target of 145, which the Proteas chased down with breaking much sweat. Reeza Hendricks, who played a classy knock in the first T20I, was once again influential with the bat yesterday. With the series now hanging in balance, fans will be in for an enthralling game of cricket.

It will be a pleasant evening here in Lahore today, with the temperature being around 21 °C. Rain is not on the cards.

The pitch here at Lahore is a tricky one, in a sense that it has got enough purchase for both batsmen and bowlers. The ideal score will be anything over 160.

Mohammad Rizwan is undoubtedly the best option for captaincy. He has scored 155 runs in 2 matches and is enjoying the form of his life.

It is indeed very true that Babar Azam’s current run of form is very disappointing. However, he has played enough match-winning knocks wearing that green shirt to prove why he can be a good pick for captaincy.

Reeza Hendricks has established himself as the mainstay of South Africa’s T20I team. He scored a half-century in the first game and scored 42 in the last game.

Usman Qadir can be a good pick from the bowlers at only 8.5 Cr. He has scalped 3 wickets and has also maintained an impressive economy rate of 8 runs per over.

For South Africa, Tabraiz Shamsi has done a commendable job with the ball. He has picked up 2 wickets and has an astonishing economy rate of under 5 runs per over. 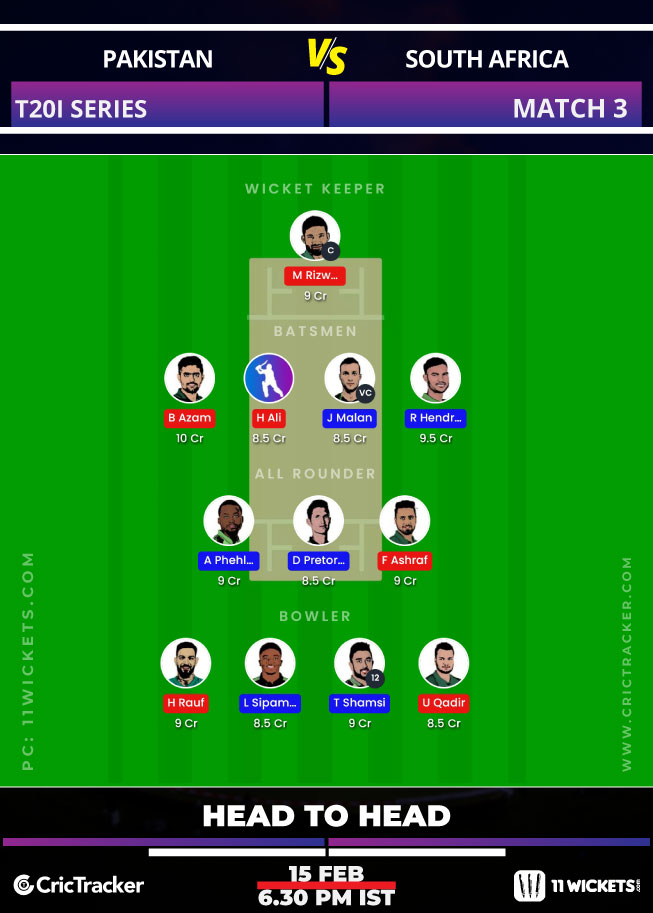 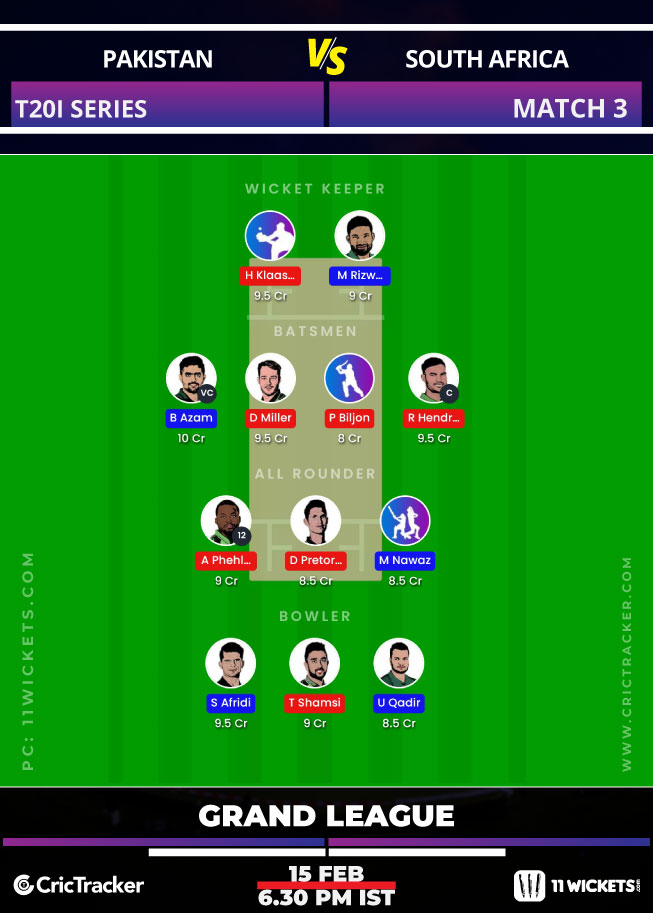 Petrus van Biljon can be a decent pick as a budget option. He did not feature in the first game, but scored 42 runs in the last match.

South Africa are expected to win this match.

NASCAR Xfinity Series back in action: Opening lap at Daytona