Aliya Riaz and Diana Baig can be great picks as captain or vice-captain.

The 1st of the three-match Unofficial ODI series between Zimbabwe Women and Pakistan Women will be played on February 9th at Harare Sports Club, Harare.

Pakistan Women will take on Zimbabwe Women in the first of the three-match Unofficial ODI series at Harare Sports Club, Harare on Tuesday. All the matches will be played in closed doors and in a biosecure bubble. Zimbabwe Women hasn’t got ODI status, so this series will be considered as an Unofficial ODI series. Zimbabwe women haven’t played too cricket since May of 2019 and it will be a big challenge for them to battle against the Pakistanis.

On the other hand, Pakistan Women are coming off a whitewash in the ODI series against South Africa Women. They will be desperate for a turnaround and they won’t be taking Zimbabwe Women lightly. Though they lost their previous ODI series, some players like Aliya Riaz, Nida Dar, and Diana Baig impressed with their performances.

There are chances of Thunderstorm is expected for this match. The temperature will be ranging between 22 to 23 degrees Celsius and the humidity will be 79 percent.

It’s a neutral surface with equal advantage for both batswomen and bowlers. Since the rain is expected at the start of the match, whoever wins the toss should bowl first and utilize the conditions well.

Also Read – Arjun Tendulkar fails to impress in practice match, unlikely to be picked in the squad for Vijay Hazare Trophy

India vs England: Chepauk to finally open its three stands to spectators

Precious Marange is equally adept with both the bat and the ball. In her short T20I career, she has already picked up 12 wickets and has scored 68 runs.

Nida Dar was one of Pakistan’s few better performers in the ODI series against South Africa. She scored over 120 runs and also picked up 2 wickets.

Aliya Riaz was one of Pakistan’s best performers with the bat in the ODI series. She scored over 135 runs at a stunning average of over 45.

Modester Mupachikwa can be a decent pick from the Zimbabwean batting options. She has scored 355 runs in 13 T20I games at an average of almost 30.

Also Read – Virat Kohli’s wicket is certainly the most satisfying of my career: Dominic Bess

Vijay Hazare Trophy 2021 announced, starts on February 20 and final to be played on March 14 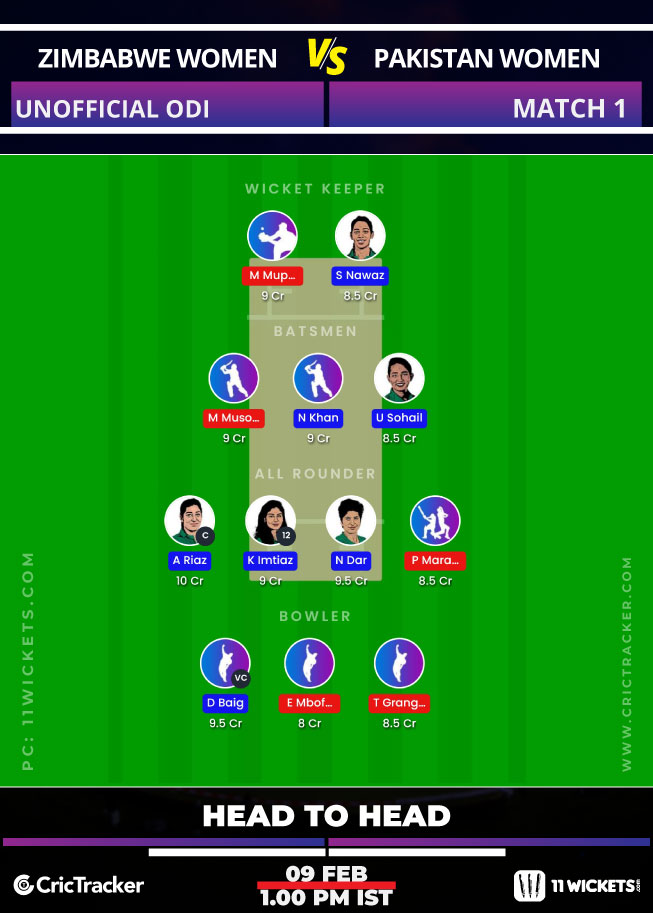 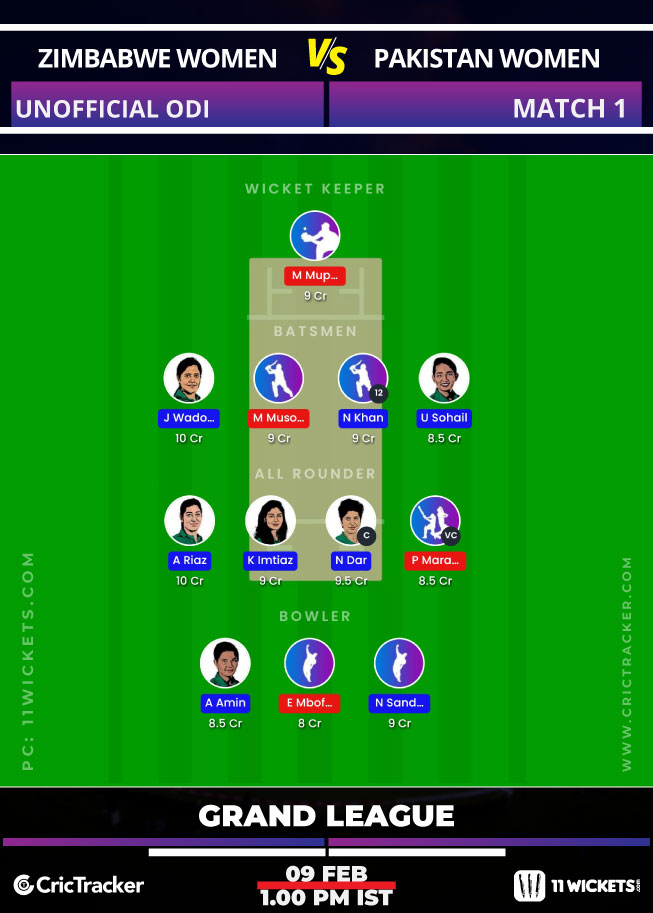 Aliya Riaz and Diana Baig were the top performers for Pakistan Women in the South Africa ODI series and both have got plenty of potentials to carry forward similar performances in the upcoming matches. They can be great picks as captain or vice-captain.

Pakistan Women are expected to win this match.

Sixty-Something: It Was A Party Of One For This Year's Super Bowl "http://www.hamptons.com/Community/Sixty-Something/27196/Community" Sixty Something