It is advisable to pick more all-rounders in your Dream11 Fantasy team.

The 2nd match of the ECS Spain, Barcelona 2021 will be played between Bengali and Catalunya Tigers on 8th February, at the Montjuïc Olympic Ground, Barcelona.

This match is scheduled to start at 03:00 PM IST and will be streamed live on FanCode.

Assessing the playing conditions and adapting quickly will be the key for these teams. Both the teams would be looking to start their campaigns with a victory. A tournament as packed as this can take a toll on the players and thus starting off well is extremely crucial.

The weather is expected to be mostly cloudy with 20% chances of precipitation. The temperature will be hovering around the 14 Degrees Celsius range.

The track at Montjuïc Olympic Ground looks like a batting-friendly one, where batsmen have enjoyed their time. Bowlers have to hit the right line and length to contain the runs flow.

I am planning to name my Sports Academy ‘Dinda Academy of Pace Bowling’: Ashok Dinda

Riaz Howladar was in brilliant form with the ball in the last season of ECS Barcelona. He bagged 12 wickets in the tournament including his match-winning figures of 5-12.

Omar Ali was the leading run-scorer for Bengali in the last edition, amassing 185 runs at a strike rate of 187, including 16 long sixes.

Muhammad Armghan Khan is a hard-hitting top-order batsman and an equally furious bowler. He can do well with both bat and ball in this upcoming match.

Ghulam Sarwar is arguably the most experienced bowler from his team and he is known for his highly deceptive with his off-spin.

Nadim Hussain, the young spin sensation, boasts a lot of experience as he has already played international cricket for Spain and at ECL19 for Catalunya CC.

Yasir Ali was in tremendous form in the last edition of ECS Barcelona. He mustered 355 runs at a staggering strike rate of 210 in that competition in November.

Syed Sherazi ended as the leading wicket-taker of the European Cricket League in 2019 with nine scalps to his name for Catalunya CC.

Also Read – ‘If you were any good, you’d be in India’ – SCG crowd sledges Liam Livingstone in BBL Final 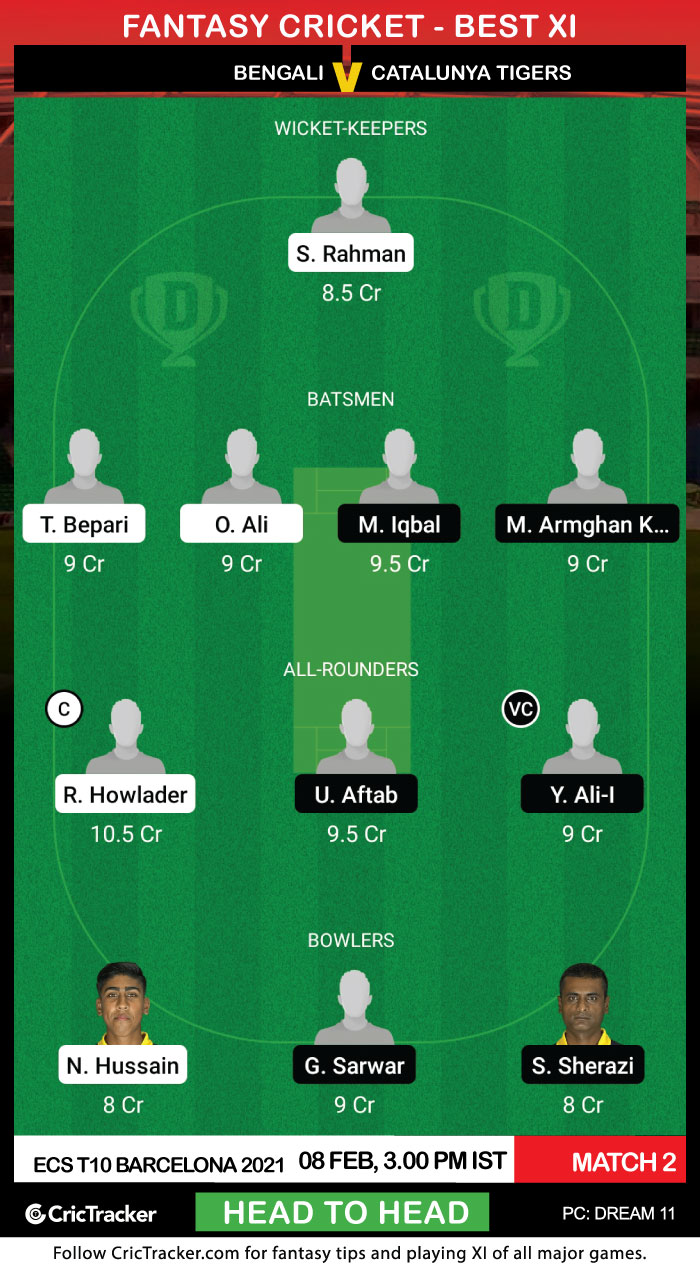 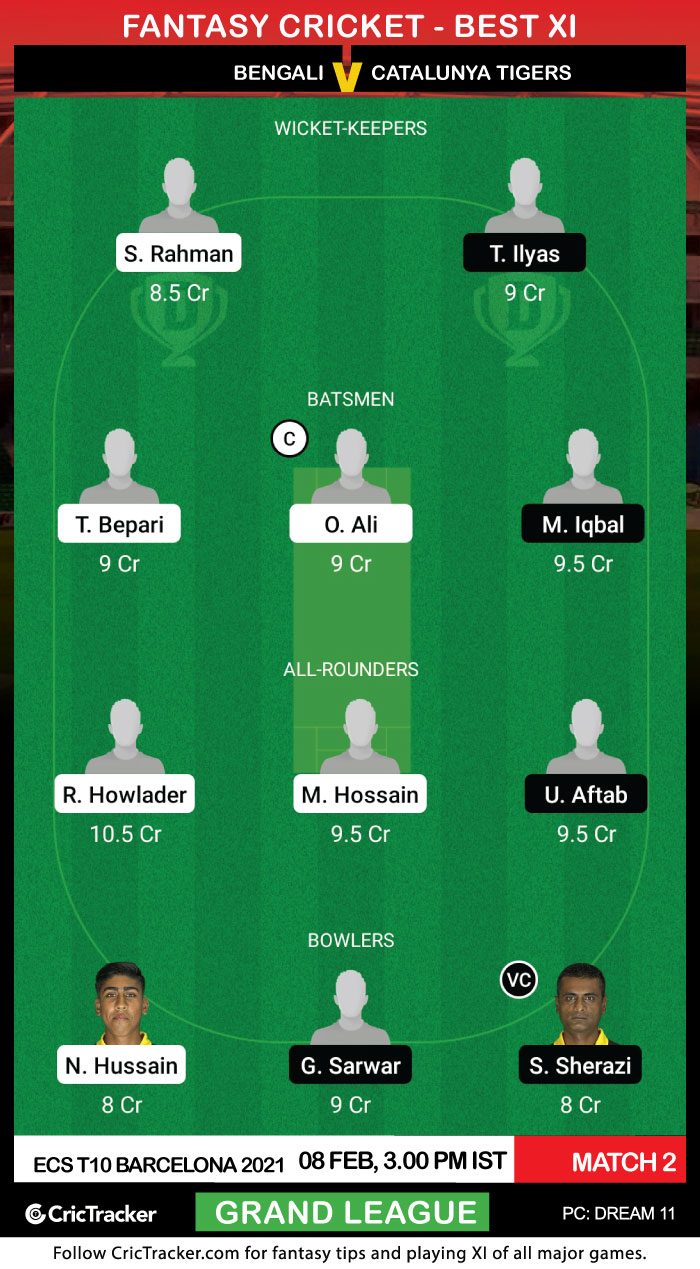 It is advisable to pick more all-rounders in your Dream11 Fantasy team, as not much is known about how the pitch will behave and all-rounders can do well in any given condition.

Catalunya Tigers are expected to win this match.