It is advisable to choose more players from the team batting second.

The 1st Match of the Women’s National Cricket League 2021 will be played between Queensland Fire and ACT Meteors at Chisholm Oval, Canberra on January 30, Saturday.

Queensland Fire have won their last 2 games against the Meteors by huge margins, and in this game as well, they look a better side on paper. So we might as well be in for another one-sided affair for the inaugural match of this competition.

However, the ACT Meteors are entering this game after winning back-to-back games. In the 10 matches that both these teams have played, Queensland have won 6 while the ACT Meteors have prevailed in 4. The Meteors will be aiming to cash in on their momentum.

The weather in Canberra might have some chances of rain with a 50% precipitation rate. The temperature will hover around the 27 degrees mark with a decent amount of wind blowing.

The pitch at the Chisholm Oval is very much in favour of the batsmen with a little help in it for the pacers. Win the toss and chase should be the go-to word for the captains, as the chances of rain can also creep in during this fixture.

Beth Mooney has been one of the most consistent and stylish wicket-keeper batsmen in Australia. Her reliability and batting position at the top of the order makes her a must-have in your Dream11 fantasy team. She was unlucky to get run out the last time against the Meteors on 10, but she would like to make amends this time around. She averages 40 in the One Day format of the game.

Katie Mack is one of the most prolific batswomen in the competition and she had a great start to her previous season as well where she struck back-to-back 50s including a quickfire 83. Mack would be a key player if AM Meteors are to win this one.

Jess Jonassen gave away just 26 runs in her quota of 9 overs in the last time these 2 teams met. An all-rounder like her who gives you wickets as well is a must-have in this fixture.

Grace Harris picked 2 vital wickets of the ACT Meteors in the last game and this would help in her confidence against the same opponent in this fixture too. Another must-have all-rounder in your fantasy team

Erin Osborne led from the front in the previous game for the ACT Meteors, where she scored a fighting 37 before she got bowled out. This time around she would be a key player for them in this fixture. 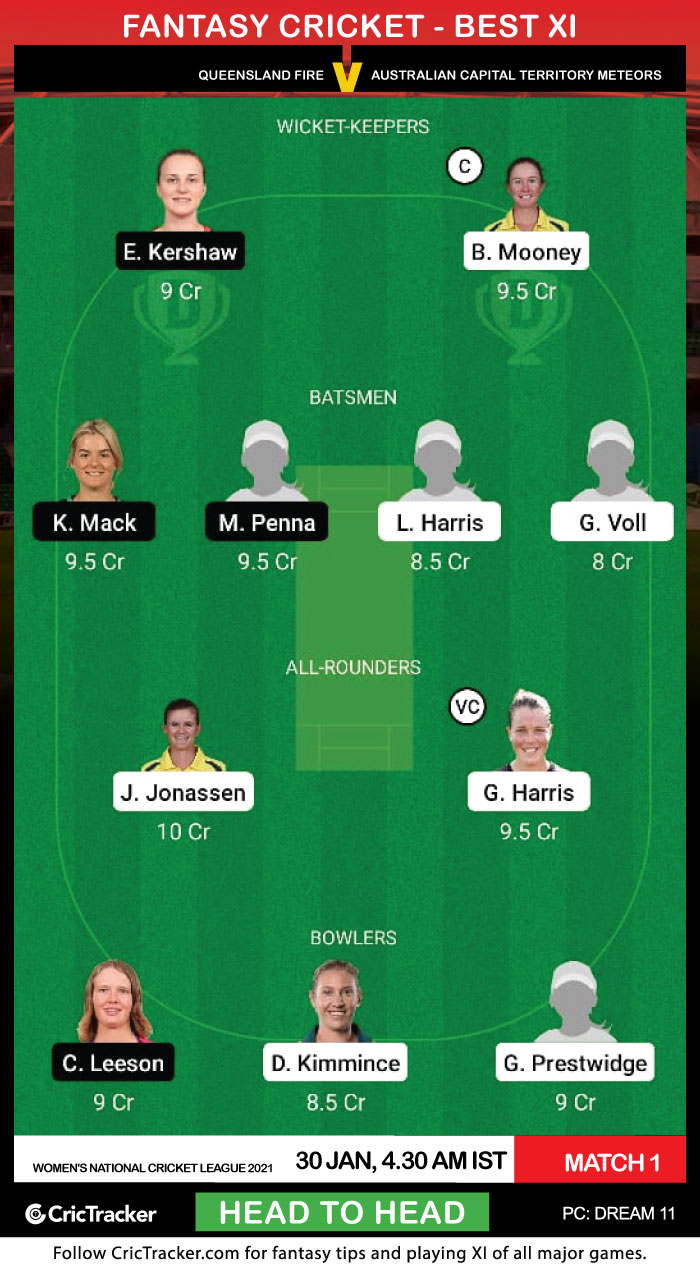 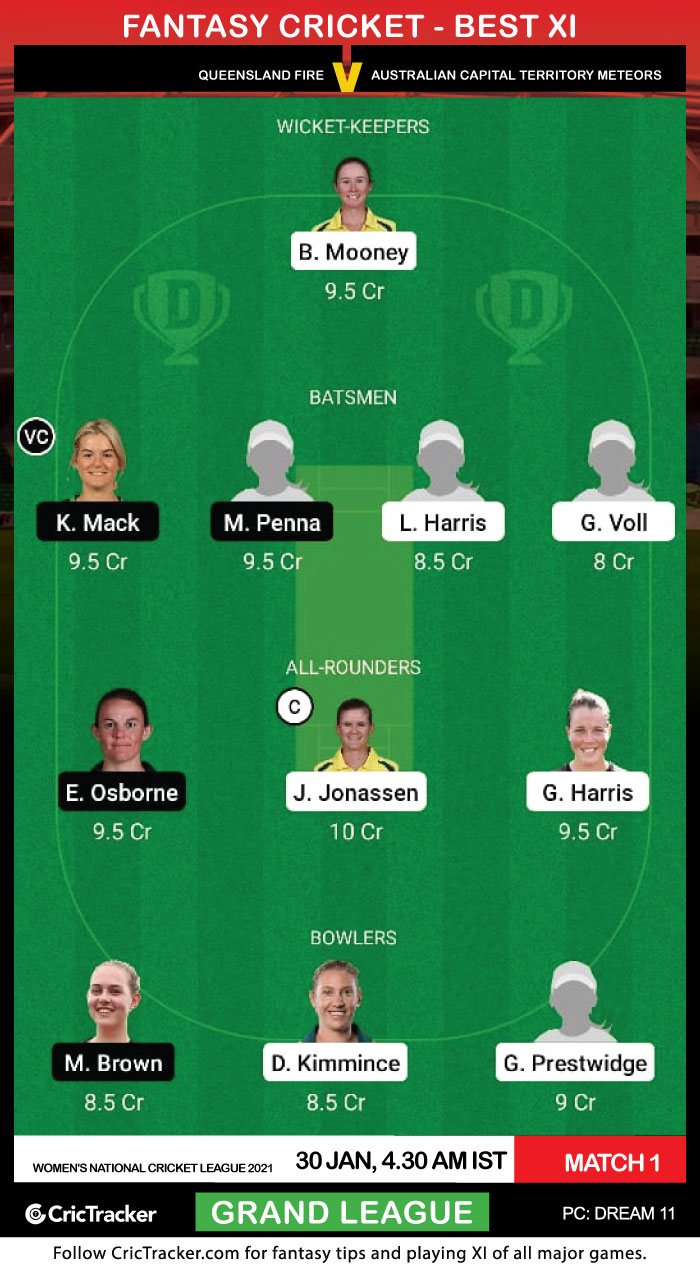 It is advisable to choose more players from the team batting second.

Queensland Fire-Women are expected to win this match.

'I missed the roar,' says Berrettini as tennis prepares to welcome back fans