Vidarbha are expected to register their first win by beating Services.

The Elite D Group match of the Syed Mushtaq Ali Trophy 2021 will be played between Services and Vidarbha at Holkar Cricket Stadium, Indore.

The match is scheduled to start at 07:00 PM local time and IST.

Today’s evening match at the Holkar Cricket Stadium will have no repercussions on the top-half of Elite D Group points table, but it will be an interesting match nonetheless. The reason for that being – it will be the clash of two evenly-matched teams will have their pride on the line.

Both Vidarbha and Services have been poor in the ongoing edition of the Syed Mushtaq Ali Trophy. They both have lost all of their first three games and will now be aiming to avoid a fourth consecutive defeat. Not that they have any chance of advancement to the next round, but a last-place finish is what they will desperately want to avoid.

The temperature will drop to around 23 °C during the game time here at Indore. The chances of precipitation remain nil.

The pitch here at the Holkar Cricket Stadium has played out in an interesting manner in this competition. It has helped the batsmen in the first innings, but then the bowlers have extracted assistance in the second. Hence, toss might be crucial here.

189 (Two matches of this tournament played on this venue)

Also Read ­– I am in a good zone and not worried about the IPL auction or something: Mohammed Azharuddeen

Siddesh Wath is currently the leading run-scorer of Vidarbha. He has scored 78 runs at an average of over 25. He has a highest score of 31.

As for Vidarbha’s bowling, Darshan Nalkande has been the best performer. He has picked up 10 wickets and has an economy rate of just over 7 runs per over.

Gahlaut Rahul Singh has been outstanding with the bat for Services in he first 3 games. He has scored 136 runs at a brilliant average of over 65 and an equally impressive strike rate of 170.

Ravi Chauhan is another in-form Services batsman who can be a decent pick for captaincy of vice-captaincy. He has scored 97 runs at an average of over 30.

Varun Choudhary has arguably been the most consistent performer with the ball for Services. He has picked up 4 wickets and has an economy rate of 8 runs per over. 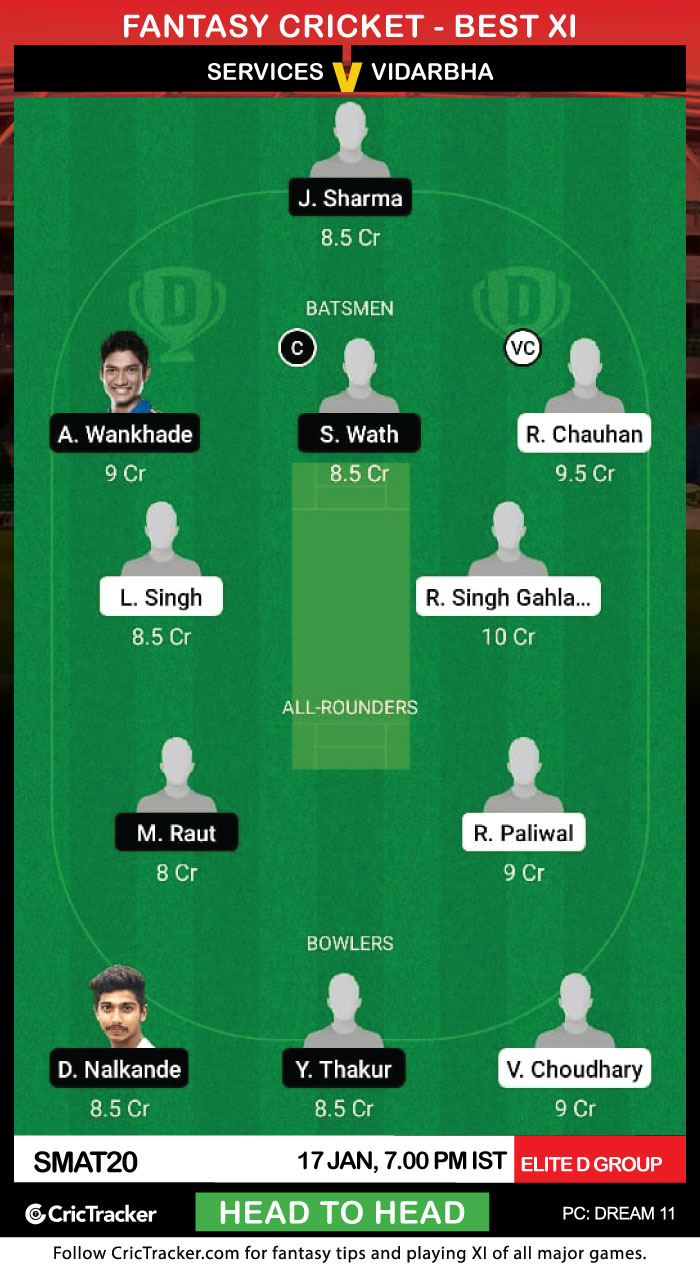 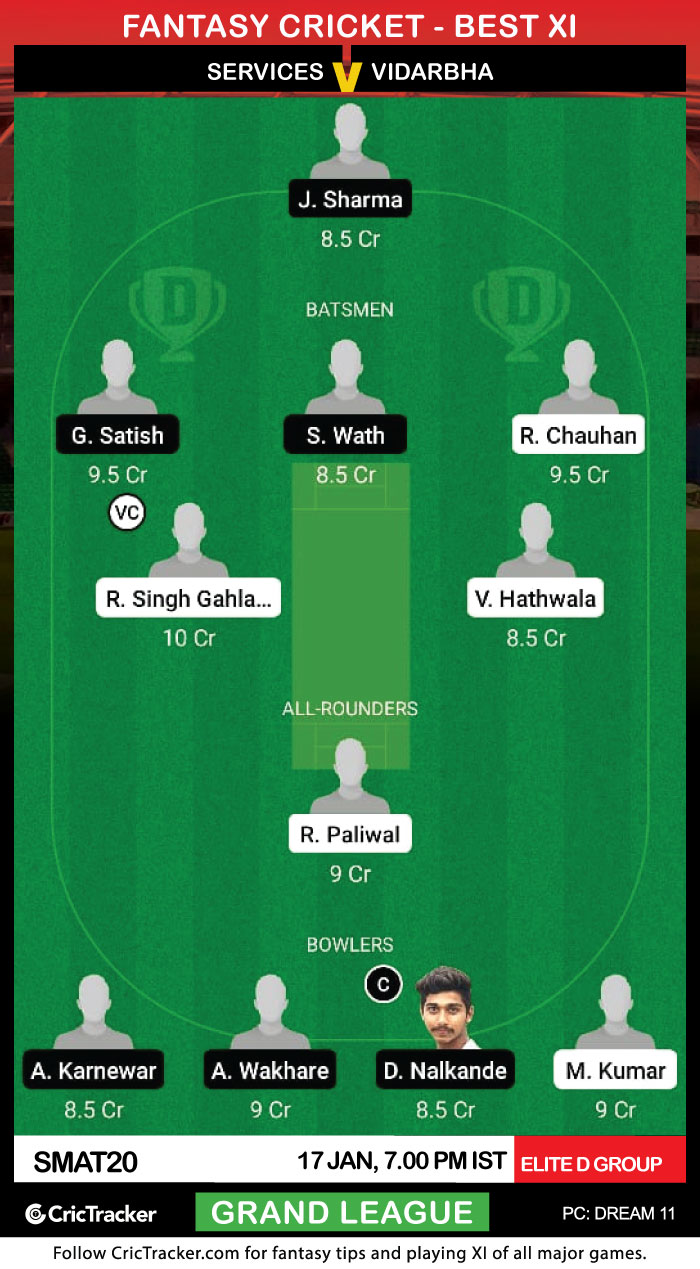 Apoorv Wankhede’s campaign has not been going according to plans, but having played 50 T20s and scored over 800 runs, he should get a place in at least one of your Dream11 Fantasy teams.

Vidarbha are expected to win this match.