In the only match played in the Super Smash League in Dunedin, the first innings score was 223.

The 15th match of the Super Smash 2010-21 will be played between the Otago Volts and Wellington Firebirds at the University Oval, Dunedin.

The Otago Volts will take on the Wellington Firebirds in what is a crucial encounter for the former. While the Firebirds have been unstoppable this tournament, winning each of their four games, the Volts are currently occupying the fourth place, with 2 wins from 4 matches.

In their previous encounter against the Northern Districts side, the Firebirds showed a lot of ‘fire’ in every department of the game. While they racked up a massive score of 185 with opener Finn Allen going berserk by scoring a 39 ball 75, Jimmy Neesham and Michael Bracewell cleaned up the Northern Districts’ batting line up, scalping 7 wickets between them.

On the other hand, the Otago Volts went down to the Central Districts in their previous encounter. George Worker decimated the Otago side at the top of the order, scoring 106 off just 58 balls. He was supported by Will Young, who scored 50, at a strike rate of 200, and helped the Central Districts post a total of 223 runs on the board. In reply, even though Nick Kelly scored 75, the target proved to be beyond the reach of the Otago Volts.

The pitch at Dunedin can be labelled as a batsman’s feast. It is a high scoring venue where batsmen will get plenty of value for their shots.

In the only match played in the Super Smash League in Dunedin, the first innings score was 223.

There are no updates that are available now

In the previous game against the Northern Districts Finn Allen decimated the opposition bowling attack. The right-hander scored a belligerent 75, laced with 10 fours and 2 sixes to power his side to a total of 185. Allen is also the second highest run scorer in this edition of Super Smash, having plundered 230 runs at an average of 76.66. He has also scored his runs at a frightening strike rate of 191.66.

In the Wellington Firebirds’ previous encounter, Jimmy Neesham ripped through the Northern Districts top order. The pacer picked up 3 wickets and gave away just 11 runs in the 3 overs that he bowled, as the Northern Districts were shot out for just 105. Also, Neesham is already the highest wicket taker for Wellington this season, having scalped 6 wickets, at an economy rate of just 5.63 in the three games that he has played thus far.

In Otago’s previous game against the Central Districts, Nick Kelly was the only batsman who stood up to the challenge. The left-hander smashed 75 at a strike rate of close to 140(138.89), and scored 7 sixes and 3 fours in his previous innings. Kelly is also the highest run scorer for the Otago side in this edition of the Super Smash League as well.

In Otago’s victory over the Northern Districts, Matthew Bacon was the man who put the brakes on the scoring rate of the Districts’ side. The right-arm medium pacer scalped 3 wickets, including that of the dangerous Tim Siefert to help his side to restrict their opposition to a score of 153. Also, Bacon is the second highest wicket taker in the Super Smash League, having taken 8 wickets at a superb strike rate of 11.10. 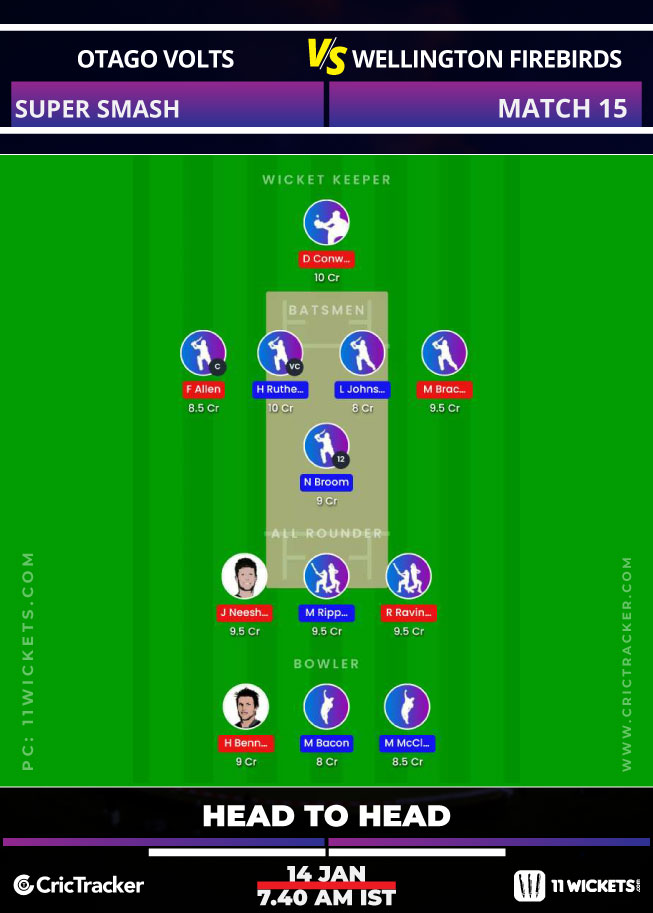 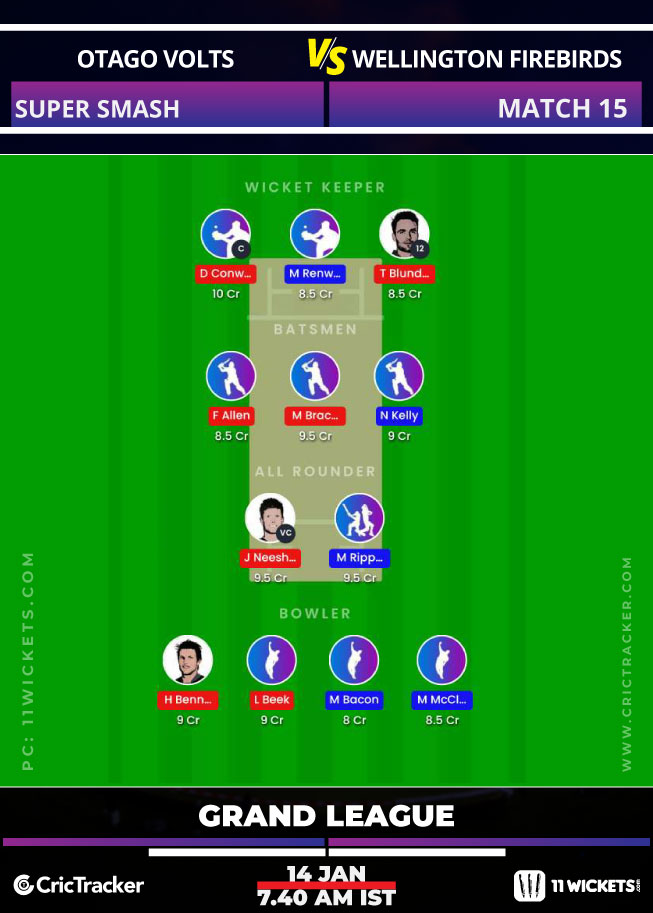 You can bet your monies on Hamish Bennett. The right-arm pacer has taken 6 wickets in the tournament, and his economy rate too, is excellent at just 6.62 runs an over.

Wellington Firebirds are likely to continue their impressive winning streak.

James Krause not sure why fight with Joaquin Buckley wasn’t booked, ‘but to say I’m ducking him is absurd’