The 8th match of the Prime Minister Cup 2021 will be played between Gandaki Province and Karnali Province at the Mulpani Cricket Ground in Kathmandu.

Both Gandaki Province and Karnali province had horrendous campaigns in the last edition of this competition, as they finished at the last position of their respective grounds. This time around, Gandaki Province are showing signs for a turnaround, while the same cannot be said about Karnali Province.

After starting their campaign, Gandaki Province defeated Province 1 in their last game. It was a low-scoring thriller which went right down the wire, but the boys from Gandaki held on to their nerves to take their team over the line. On the other hand, Karnali Province suffered an 80-run defeat against Tribhuwan Army Club in only game they have played so far.

The temperature at Kathmandu will be around 11 °C during the start of the game, but it will eventually rise to 16 °C. The chances of precipitation are only 10%.

The track here at the Mulpani Cricket Ground is bowling-friendly, where a score of around 200 should ve competitive. It doesn’t change a lot over the course of 100 overs.

Also Read – Reports: BCCI likely to add only one IPL team as of now

Australia vs India: Rohit Sharma shadow bats on the pitch as Steve Smith observes him

Arjun Kumal has been impressive with the bat in the first couple of games for Gandaki Province. He has scored 71 runs at an average of over 35.

Like Kumal, Gandaki Province’s wicketkeeper-batsman Deepak Dumre has also looked in good touch with the bat. He has scored 61 runs at an average of over 30.

Bipin Khatri has been influential in every department for Gandaki Province. He has scored 47 runs and has also picked up 4 wickets.

Bishal Poudel has been Gandaki Province’s star performer with the ball. He has picked up 6 wickets and has an economy rate of under 5 runs per over.

For Karnali Province, Rabindra Shahi had a good game in their first encounter. He scored 30 runs and also picked up a wicket in that game.

Confidence with which Rahul Dravid played Wasim Akram and Waqar Younis made us believe that he is special: Inzamam-ul-Haq 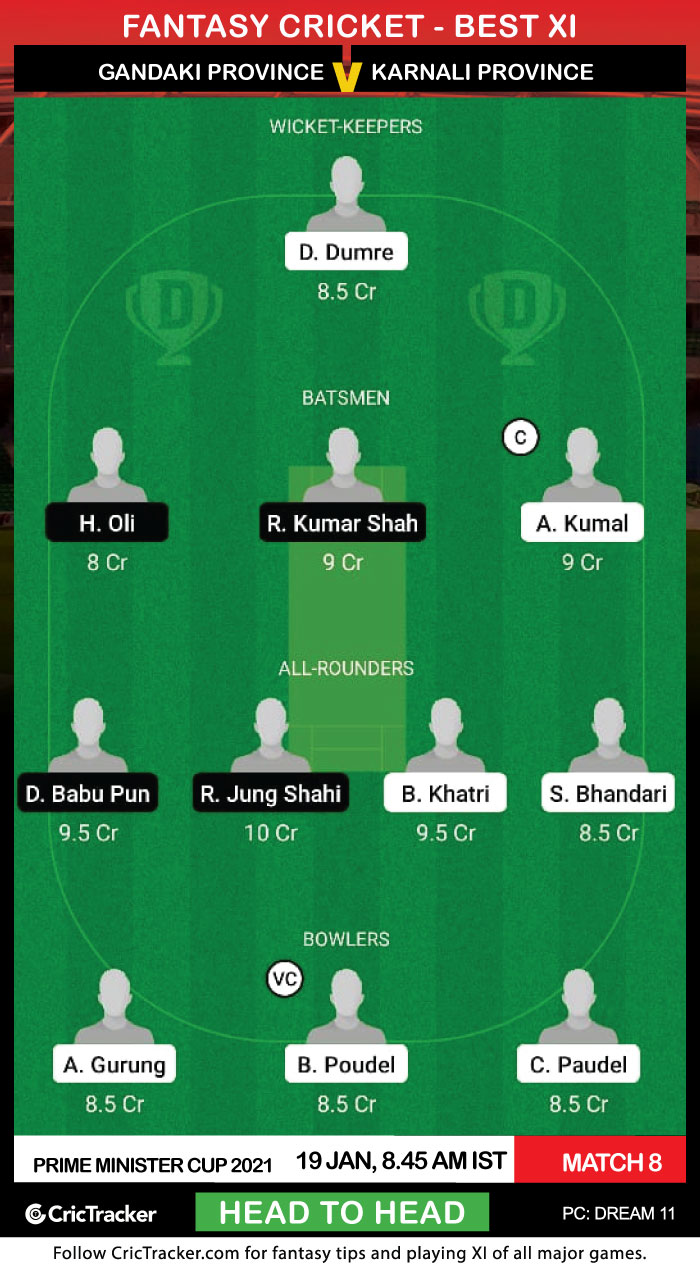 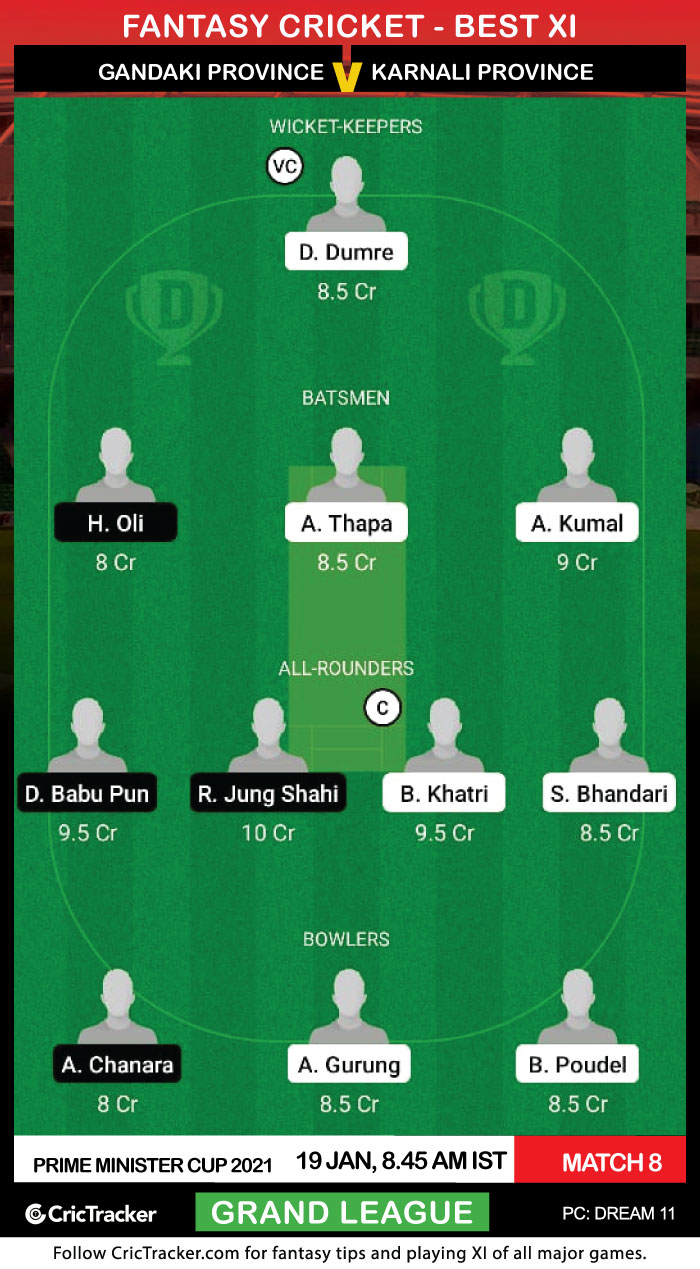 Dinesh Adhikari played well in Karnali Province’s only game so far. Having picked up 2 wickets and scored 12 runs in that game, Adhikari can be a great budget pick for your Dream11 Fantasy team.

Gandaki Province are expected to win this match.

They Got What They Asked for, and They Don’t Like It