Bagmati Province are expected to register their fourth consecutive win.

The 18th match of the Nepal One Day 2021 will be played between Bagmati Province and Lumbini Province at the Mulpani Cricket Ground in Kathmandu.

Two of the most formidable teams from Group B will lock horns at the Mulpani Cricket Ground in Kathmandu tomorrow. One one hand will be the Bagmati Province, who haven’t put a foot wrong in this competition. They have won all of their 3 games so far.

Challenging them will be Lumbini Province, who have had both ups and down, but certainly the former more often than the latter. After a defeat against Nepal Province Club, they came back in style when they absolutely thrashed the Sudur Paschim Province. This match will be a very exciting watch for the neutrals.

It will be a sunny day at Kathmandu tomorrow, with the temperature being slightly higher than usual. It will be around 11 °C during the start of the game, but will eventually rise to 18 °C. The chances of precipitation are only 10%.

The track here at Kathmandu is almost a death bed for the batsmen. Scoring runs will not be easy here, as anything around 200 should be a more than decent score.

Also Read – Virat Kohli is so humble and easy to approach off the field: Josh Philippe

Paras Khadka has left for Abu Dhabi and will not be available in this competition anymore.

Saurav Khanal has been in phenomenal form with the bat for Lumbini Province. He has scored 148 runs at a fantastic average of almost 75.

From the Bagmati Province, Prithu Baskota has been the most promising batsman. He has scored 185 runs, which includes 2 half-centuries.

Aadil Khan has also been impressive with the bat for Bagmati Province. The wicketkeeper-batsman has scored 80 runs at an average of over 25.

With the ball, Ramnaresh Giri has been doing wonders for Bagmati Province. He has picked up 8 wickets and has an economy rate of under 5 runs per over.

Nandan Yadav has also done a great job with the ball, having scalped 7 wickets. His economy rate is even better, which is under 4 runs per over. 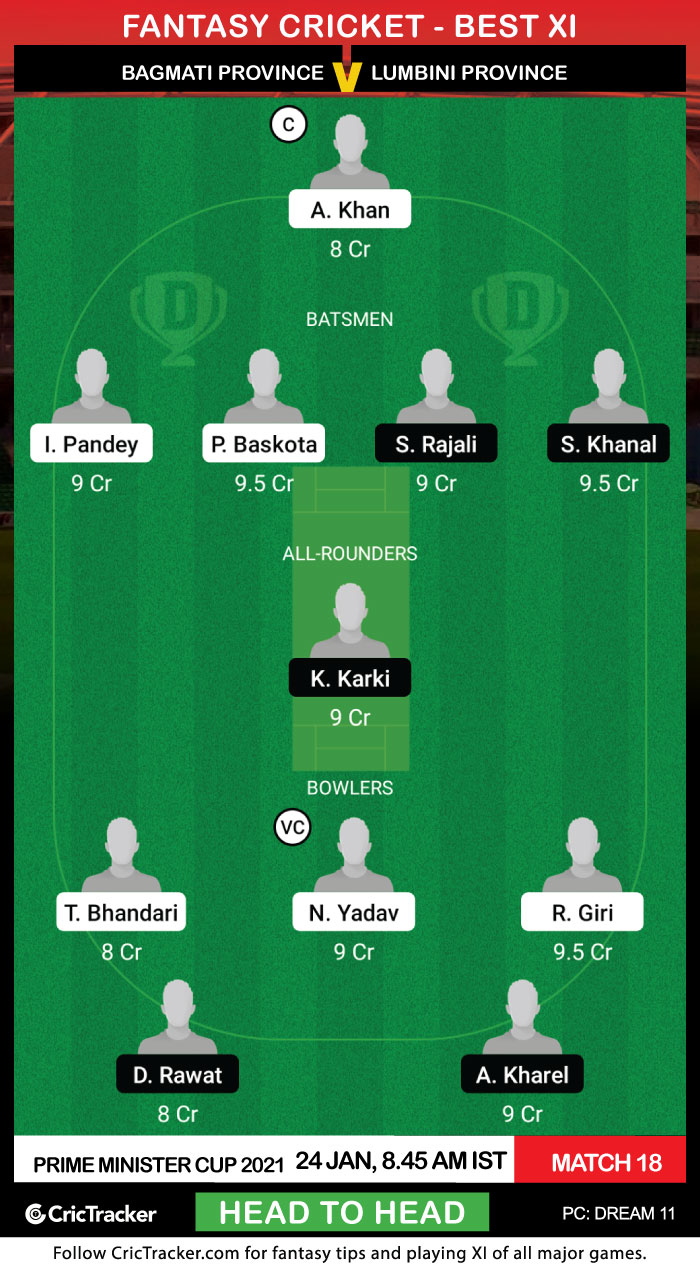 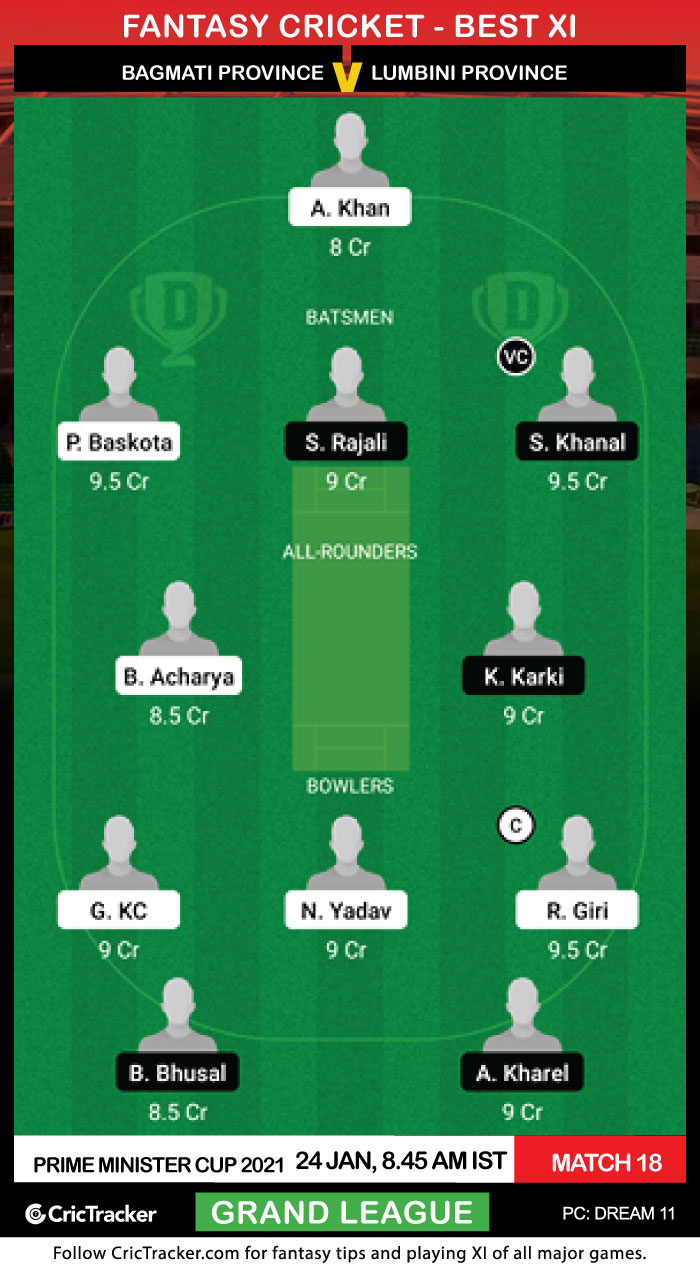 This pitch will be perfect for the bowlers. Hence, it is advisable to go with 5 specialist bowlers for both of your Dream11 Fantasy teams.

Bagmati Province are expected to win this match.

Trevor Bauer on His Twitter Behavior: 'I Am by No Means a Bully' | Bleacher Report 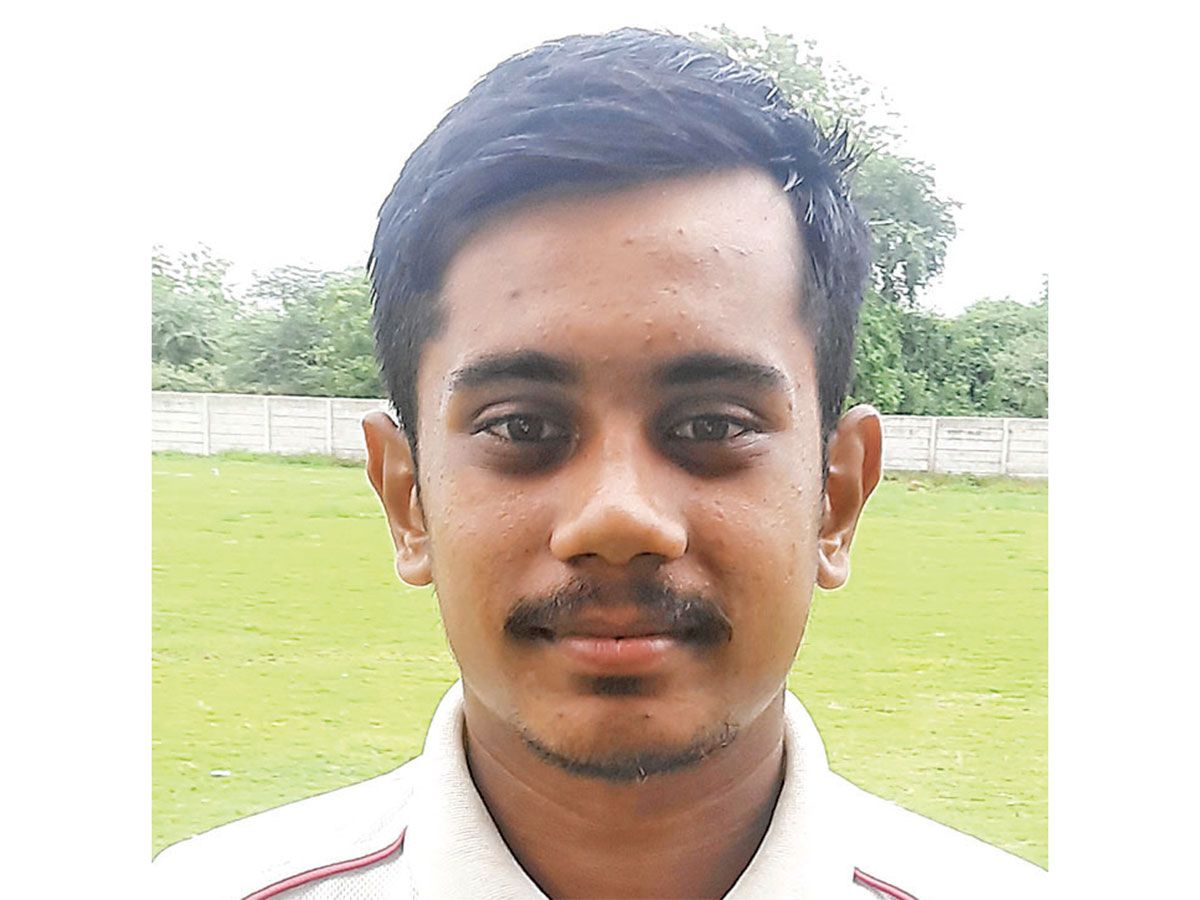 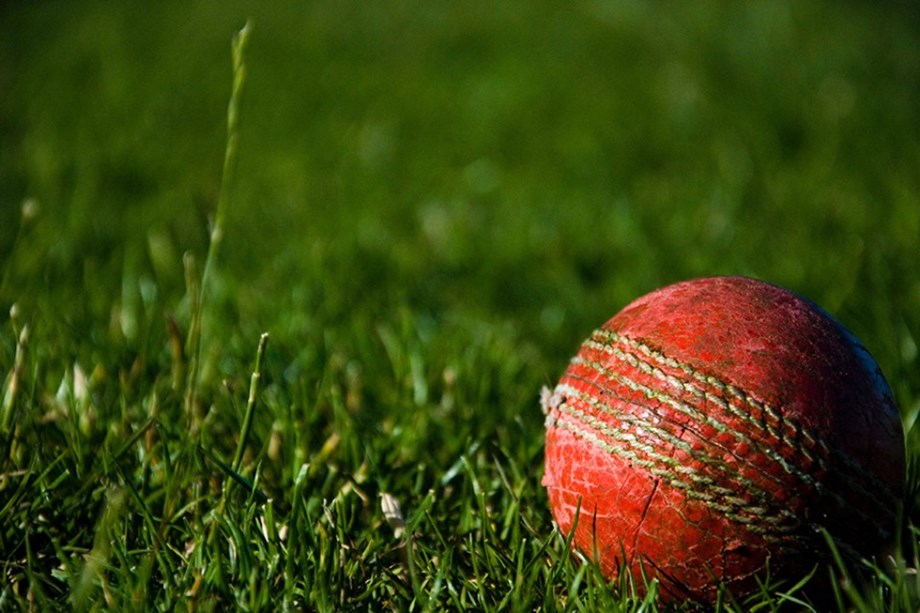 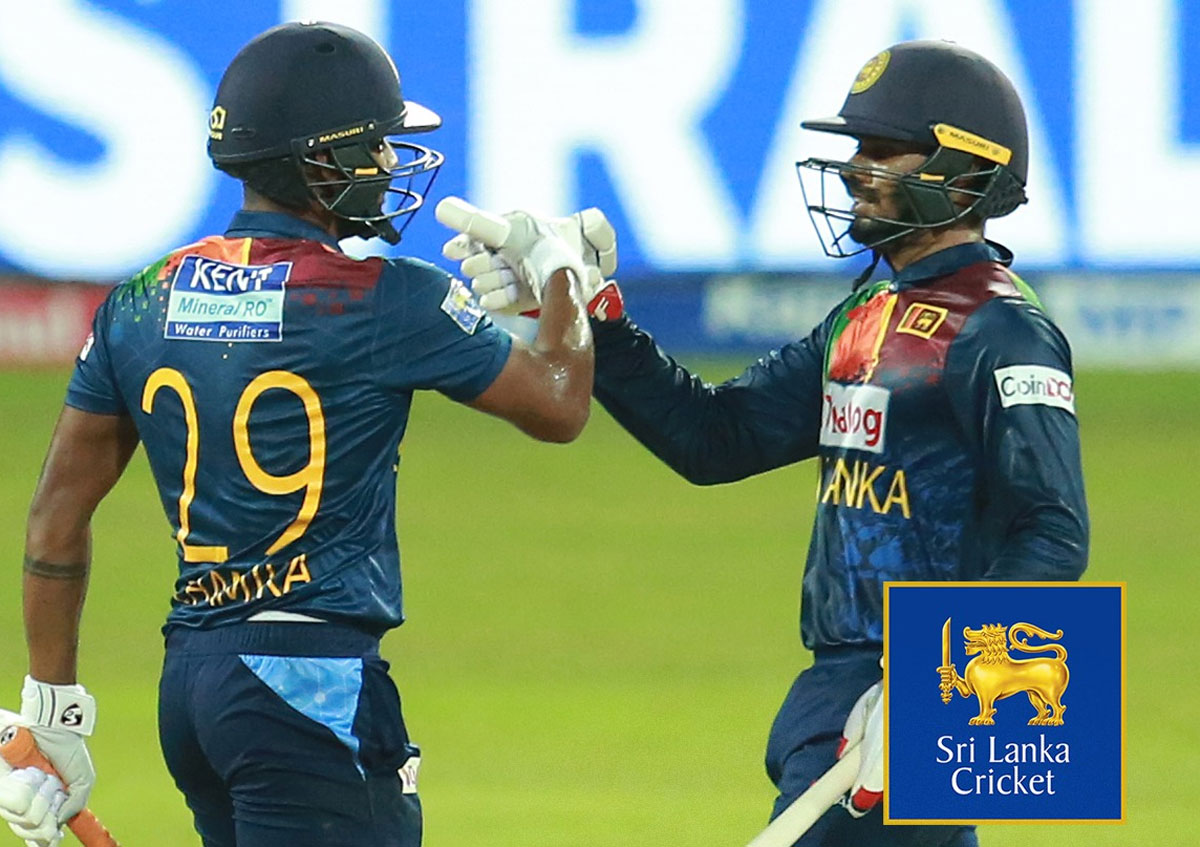