Odisha Purple are expected to strengthen their position in the top half of the points table by winning this match.

The 18th match of the Odisha Women’s T20 2021 will be played between Odisha Purple and Odisha Violet at KIIT Stadium, Bhubaneshwar on Saturday.

This match is scheduled to start at 01:00 PM Local Time and IST and it will be streamed live on FanCode.

Odisha Violet are all set to face the table-toppers Odisha Purple in their upcoming game on Saturday. Odisha Purple dominated Odisha Violet in their first face-off, as they chased down the target of 72 runs with nine wickets in hand. Moreover, they have the momentum on their side and will look to win remaining matches to cement their place on the top of the table.

Odisha Violet, on the other hand, won their previous battle against Odisha Yellow by chasing down the target of 79 runs with eight wickets and more than four overs in hand. They have won 4 out of their 7 games and are placed at the 2nd position, just behind Odisha Purple on the points table. So, we can expect a competitive battle between these two teams on Saturday.

The weather at Bhubaneshwar is expected to be partly cloudy throughout the game without any interruptions. The temperature will be hovering around 28 Degrees Celsius mark.

The pitch is pretty challenging for both the batters and bowlers who aren’t getting enough help from the turf.

110 (Out of last five matches played at this venue)

Sarita Mehera has looked in fabulous touch with the bat, as she scored an unbeaten 79 against Odisha Green in her last game. Overall, she has amassed 261 runs so far in the competition.

The skipper of the side, Madhusmita Behera has been at her best as she scored 68 runs and picked up 3 wickets in the previous game.

D Janaki Reddy is a top pick as she has bagged 8 scalps in her six games, which includes two 3 wicket-haul to her name.

The skipper of Odisha Violet, Anjali Singh has piled up 146 runs and picked up 5 wickets so far in the competition.

Kalpana Nayak is the other must-pick player from Odisha Violet, who has bagged 11 wickets from seven appearances in the league.

Sushree Dibyadarshini could be a wise choice for your team in the upcoming game. She has scored 114 runs and has 2 wickets to her name. 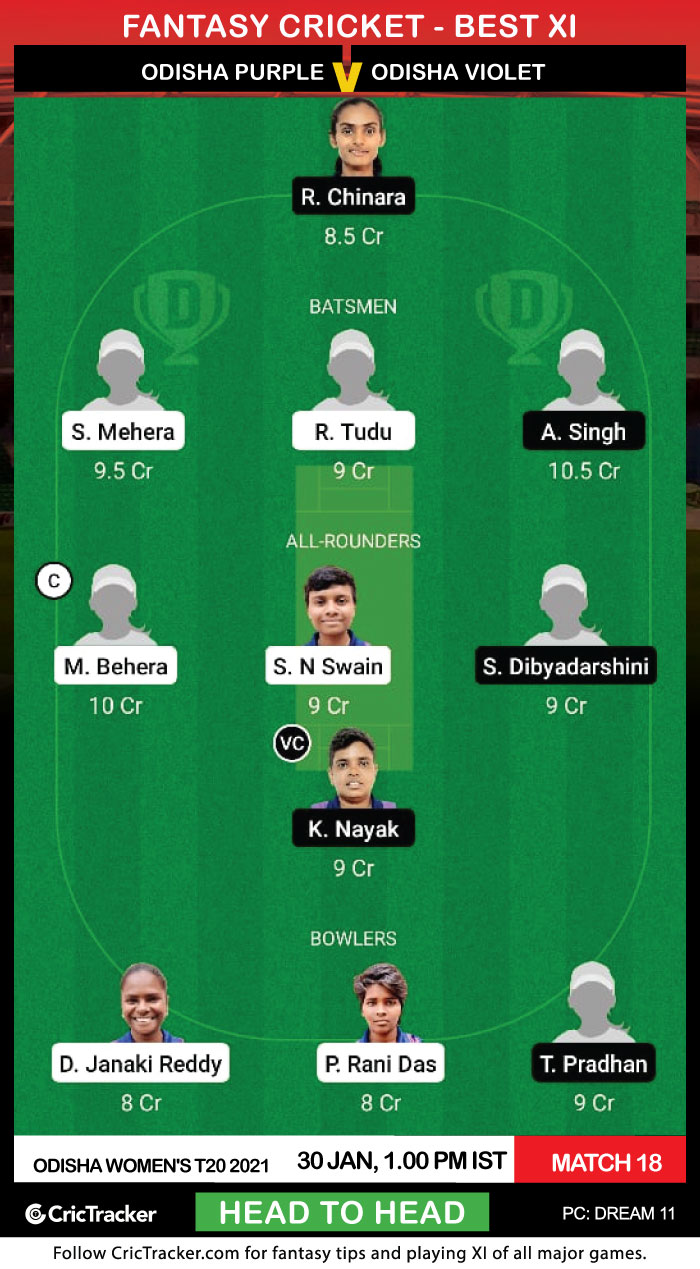 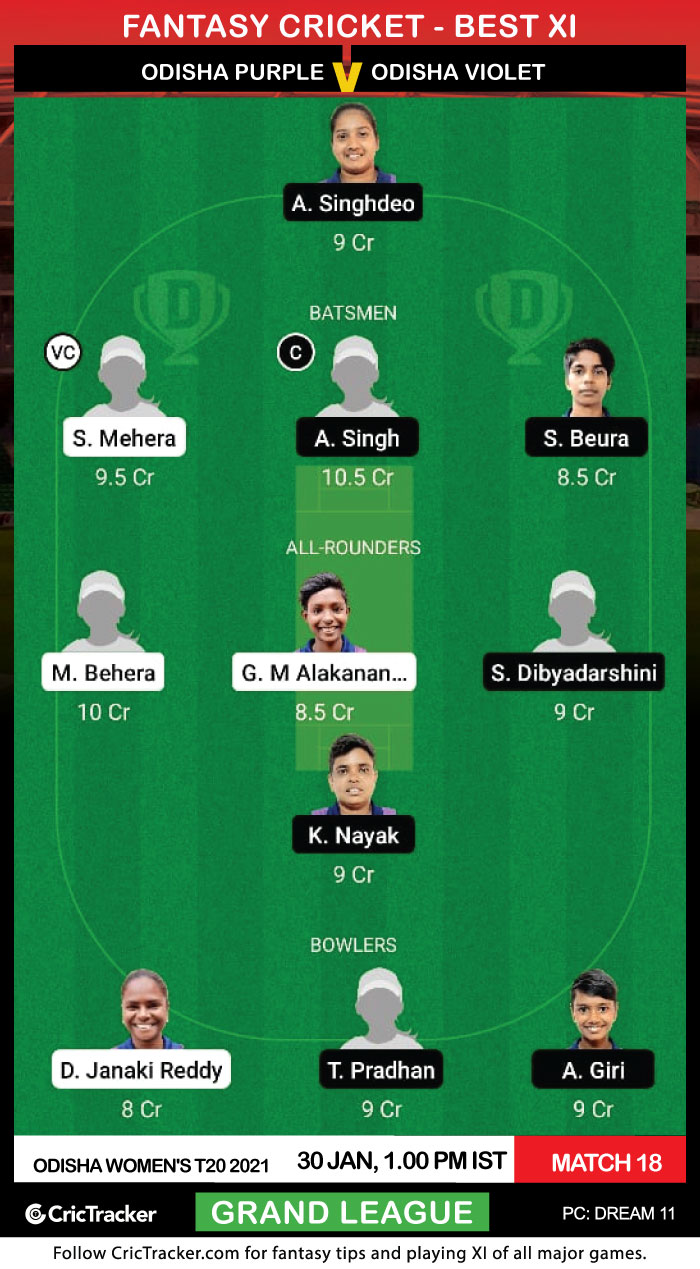 Don’t forget to pick Sushree Dibyadarshini and G M Alakananda in your Dream11 Fantasy teams. They are must pick players who have the ability to do anything on the field.

Odisha Purple are expected to win this match. 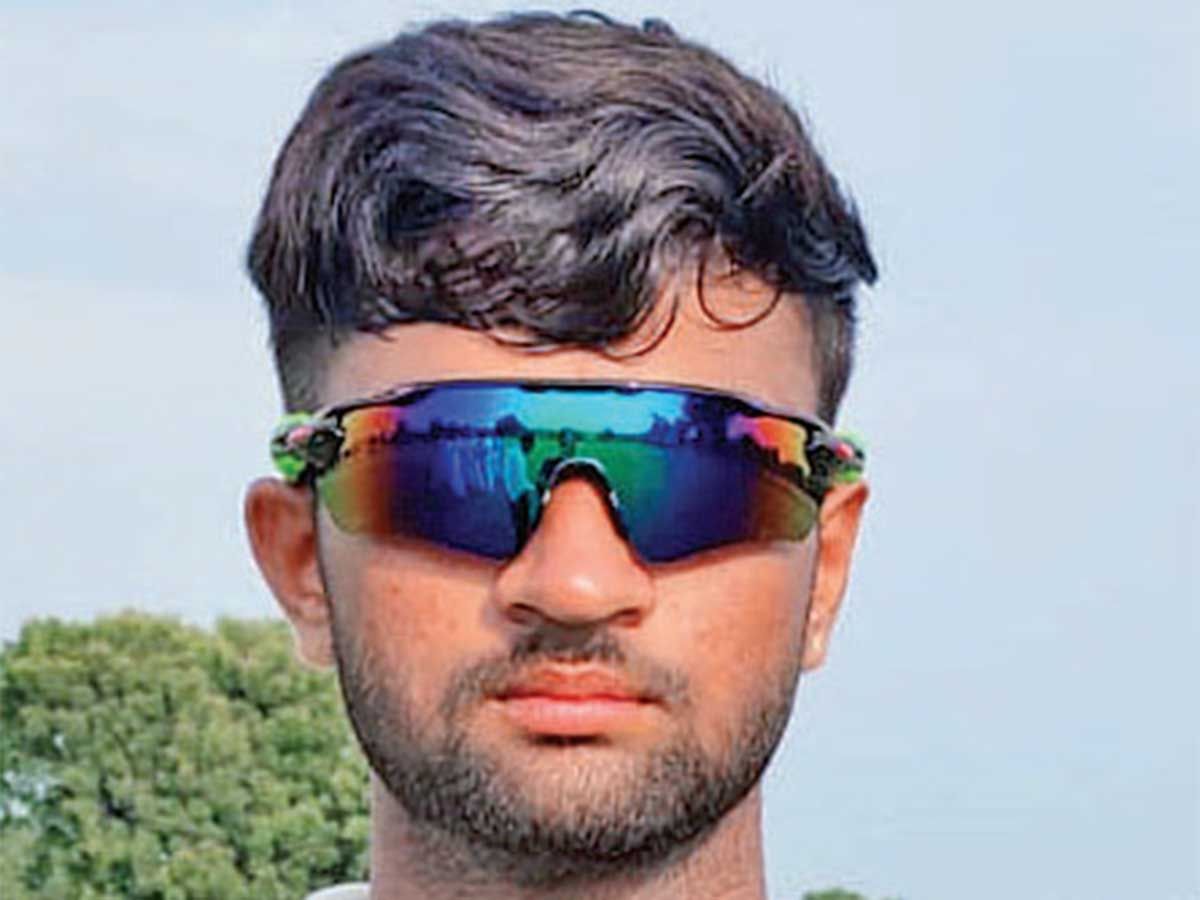