Rameez Shahzad and Asif Khan are preferred choices for captaincy.

The 20th match of the Emirates D20 2020 will be played between Fujairah and Abu Dhabi at ICC Academy, Dubai on Thursday.

This will be the second game of the day in the Emirates D20 tournament where Dubai is taking on the Ajman at the ICC Academy. Both the teams will be facing each other for the second time in this competition. Dubai beat Ajman in the first encounter as they defended the total of 148 runs in the allotted 20 overs.

Ajman have won only one game in this tournament and are currently placed at the 5th spot on the points table. Dubai, on the other hand, have won 2 out of their six games they played and will look forward to defeating their opposition as it will increase the chances for getting qualified for the playoffs.

The weather on Thursday will present with the ideal conditions for a full game and not a drop of rain is expected. The skies are expected to be partly cloudy with a high of 24 Degrees Celsius.

The pitch is best suited for batting and has enough in it for the fast bowlers too. As the game progresses, the pitch is expected to become slower and will start assisting the spinners more.

163 (Out of last five fully completed matches at this venue)

Syed Muhammad Haider has scored 63 runs in the last game against ECB while chasing the total of 173 runs. However, his efforts went in vain as they lost the game by a margin of 15 runs. The latter has piled up 119 runs that he played at an average of around 40.

Tahir Latif is the second highest wicket-taker of the Emirates D20 tournament as he bagged 11 sclaps from as many games he played.

Following him, Ali Naseer has managed to pick 7 wickets from five matches he played so far in the league.

The skipper of the side, Shahrukh Shiekh has been brilliant with the ball in the previous match as he finished off the game with the figures 3-14.

Rameez Shahzad is the fourth highest run-scorer of the tournament as he piled up 189 runs at an average of around 38. Adding to that, he has managed to pick 4 wickets under his belt.

Sheraz Piya has been able to bag 5 wickets so far in the tournament for his team.

Ali Khan looked in good touch with the willow in the last game where he scored 40 runs while chasing a total of 164 runs against Fujairah. 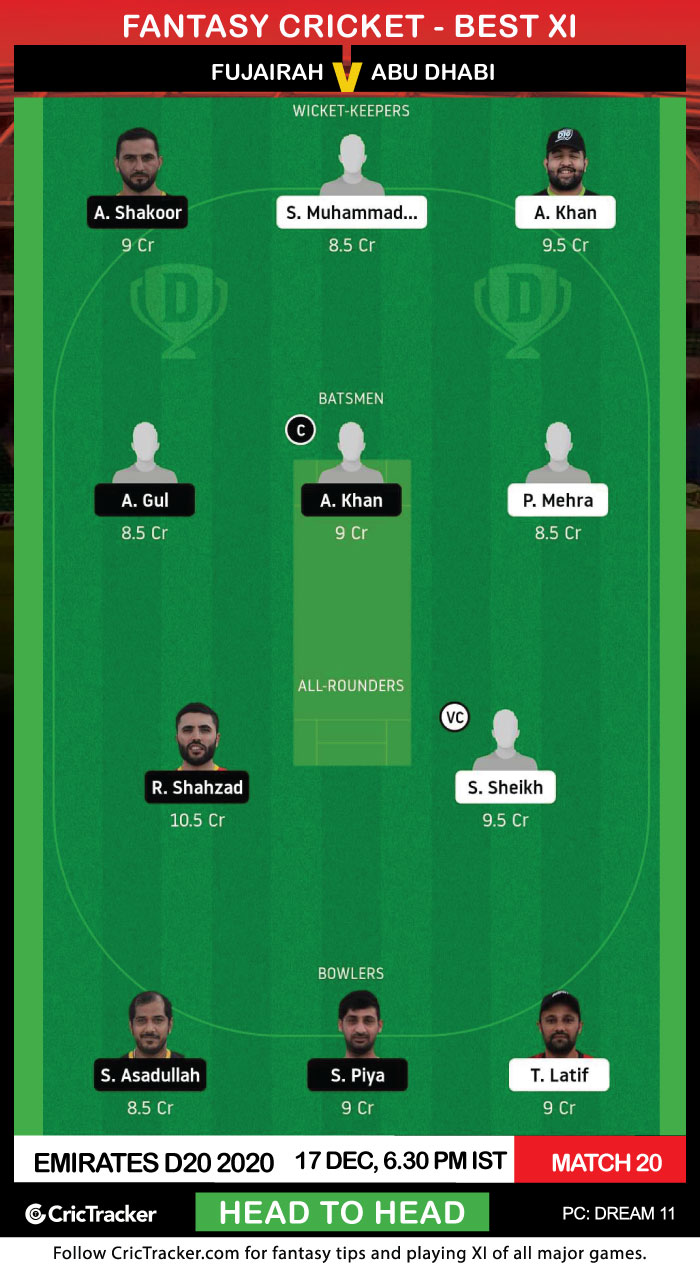 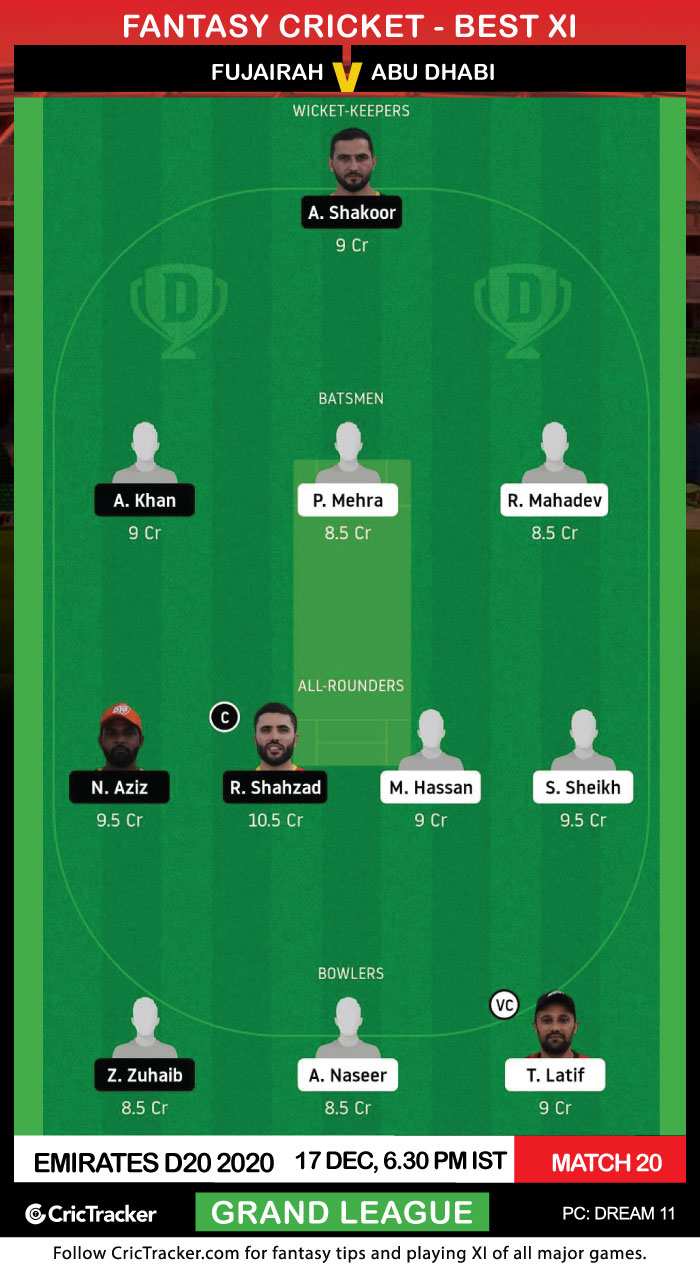 Dubai are expected to win this match.