Perth Scorchers are looking unstoppable at the moment.

The 41st match of the Big Bash League (BBL) 2020-21 season will be played between Sydney Sixers and Perth Scorchers at the Manuka Oval in Canberra.

This match will start at 1:10 PM IST (6:40 PM local time). It will be live on Sony Sports Network and live streaming is available on Sony LIV.

Perth Scorchers’ comeback story in this season’s BBL has been truly inspirational. After defeats in all of their first three games, a vast majority predicted a bottom-half finish for them. However, Ashton Turner & Co. have changed the complexion of the semi-final race by winning all of their last 5 games.

That being said, the challenge they will face tomorrow will be more difficult than ever before. The reason for this is their opposition – Sydney Sixers, a team that is undoubtedly one of the favourites to lift the trophy this time around. With 7 wins from 10 games, they are sitting in the first place. Hence, this game has all the ingredients to be an edge-of-the-seat thriller.

Like always, the Canberra weather will be ideal for a game of cricket. The temperature will be around 21 °C, with chances of rain being negligible.

The Manuka Oval pitch will certainly help the batsmen, especially in the second innings. The team batting first should aim for a score in excess of 180.

Record of the chasing teams

Perth Scorchers’ Colin Munro has recovered from his injury and is available for selection. Joe Clarke makes way for him.

Josh Philippe has got all the qualities to be a quality limited-overs batsman for the Australian cricket team for a long while. He has scored 337 runs at a fantastic strike rate of over 145.

Jason Roy has had issues with consistency in the past, but he has been extremely reliable in this BBL. Roy has scored 212 runs, with his strike rate being over 125.

Speaking of reliability, there cannot be a better example than Mitchell Marsh. The all-rounder has scored 187 runs at an average of almost 50.

Daniel Christian has also been a very reliable and consistent all-rounder, though from the opposition squad. The veteran has scored 175 runs, whilst also picking up 10 wickets.

Christian’s skipper and namesake Daniel Hughes has been very consistent with the bat. He has scored 271 runs at an average of over 30 and a strike rate of over 135. 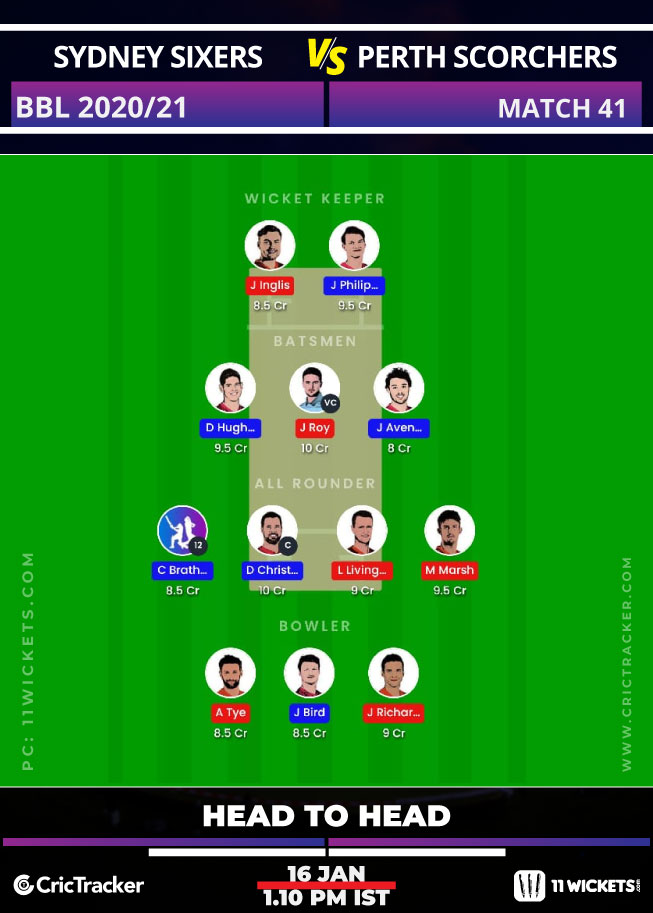 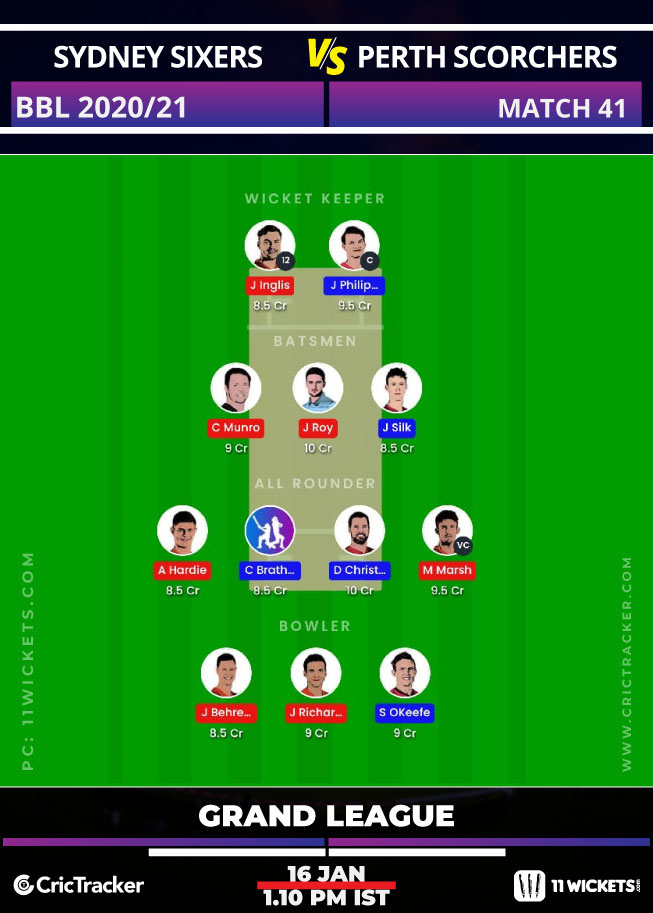 If you are looking for a budget option from the bowlers for your 11Wickets Fantasy team, Andrew Tye can be the solution. He has picked up 10 wickets and has been in a good run of form off-late.