For three days, Parthiv Patel had been calling virtually every individual that he has developed an association with – cricketers, administrators, umpires and some of his ardent fans – and thanking them for their role during his 18-year-long journey as a top-flight cricketer.

Soon after announcing his retirement through a social media post, Parthiv sat down at his home in Ahmedabad and in sync with the times, addressed a virtual media interaction to open up on his career.

A. I think the timing is right. I’ve been contemplating almost for a year now. I was taking it season-by-season. I felt that this was probably the right time, having played 18 years of first-class cricket and India career. I’m satisfied and content with the career I’ve had. There’s hardly anything left to achieve as a player and as a captain of a first-class team. We’ve won almost everything. I’ve been part of three IPL title wins. I also feel that Gujarat cricket is in very good shape right now.

Did you feel you were ready when you were handed a Test cap at 17?

When you are 17, there are no expectations, so I never felt any pressure. The biggest challenge any youngster would feel is the pressure of expectation once you play for a few years. The pressure of living up to your expectation is the biggest thing. Yes, I did feel I was ready when I was handed a Test debut, because I had good tours of South Africa and Sri Lanka with India ‘A’. I’d gone through a Border-Gavaskar Scholarship Programme in Australia. For me, the biggest pressure was when I was looking to make a comeback, when you know you have to keep performing year after year, and you have to wait for your chances. That was the bigger challenge for me.

‘For me, the biggest pressure was when I was looking to make a comeback, when you know you have to keep performing year after year, and you have to wait for your chances.’

Can you tell us your most memorable moments as an India player?

The best memory for me is to have been part of India’s Test wins in Headingley and Adelaide. Contributing to our series win in Pakistan in 2004, where I took up the opening slot in Rawalpindi – all these are greats moments. Also, receiving the first Test cap from Sourav in Nottingham was special. I still have the cap that Dada gave me – I’ve been spelt wrongly as Partiv there.

Who was the best captain you played under?

Sourav Ganguly and Anil Kumble. They were leaders, their management and man-management skills both on and off the field made me a better person.

In these 18 years, was there a moment where you were close to giving up?

Before the New Zealand tour in 2008-09, I’d scored 800-odd runs in seven Ranji games. I made a hundred in the Duleep Trophy final. I was keeping really well. When I didn’t get picked, that was the moment when I felt probably, I’d never be able to make a comeback. I felt it was time I thought of something else. But support from my family and GCA was phenomenal during that phase, and that is the reason why I changed my mindset of building a team here in Gujarat.

Can you elaborate on the frustrations of playing in a wrong era with M. S. Dhoni around?

As a player, acceptance is very important. Accepting where you are is important. When M. S. was captain, I was still playing the game only because I loved the game. The format hardly mattered to me, whether it was club cricket, districts cricket, State, IPL or India. I had set myself certain benchmarks and wanted to achieve it by playing cricket with a certain level of intensity. My focus completely shifted towards building a team and youngsters coming from Gujarat, because not many had international experience which I had. After that, everything else took care of itself. Once you put the team, and not individual success, in front of you, nothing else matters.

‘Because the domestic season is long, as a cricketer you tend to have a lot of ups and downs which will help you manage pressure, your own expectations. It’s a great learning experience.’

As much as you wanted to make a comeback, you invested heavily in making Gujarat a domestic powerhouse. Take us through that journey.

I was scoring runs every season, but individual performances get recognised only when your team wins trophies. Call it selfish, but the idea was to help players along the way so that Gujarat wins trophies. The thinking was, if my performances have to be recognised, Gujarat should win. My biggest thing was, players used to be picked for Gujarat by scoring just one hundred or taking one five-wicket haul in districts tournaments. That’s something I’d spoken to selectors. The idea was to pick guys who had made three or four hundreds or taken three-four five-wicket hauls so that they know how to do it repeatedly.

I got a lot of help from selectors and GCA. Once I got the players, I used to challenge them in practice sessions to work hard. We weren’t a supremely talented side, so we had to make up for it with hard work. I used to challenge them, ‘if you play 100 balls, I will play 101’. ‘If you take 50 catches, I will take 51.’ That way, they were also improving, I was also improving. That was the kind of culture we had put in. And the results are showing.

As a captain, I can be very proud that Axar Patel and Jasprit Bumrah have gone on to play for India. Bumrah is the No. 1 bowler in the world. There’s Priyank Panchal, Manprit Juneja – so there are good players. People are now talking about Gujarat players, which wasn’t the case in the past.

Parthiv Patel…“There are no regrets. Every time I stepped onto the field, I tried to get the best out of me and my team-mates.”   –  Akhilesh Kumar

It must have been tough to invest time for yourself too?

In 2010-11, I decided I won’t change the intensity with which I play, whether it’s Ranji Trophy or Test cricket. I wanted to always be prepared for the next tour, irrespective of whether I was in contention or not. I wanted to be ready whenever I got a chance. I made that my template and it helped me be ready all the time.

Can you talk us through the change in perceptions at Gujarat – from 2004 to 2016-17 when you became champion?

To me, to come to play for Gujarat after having played for India was very different. I thought earlier our purpose to play was to try and get a first-innings lead in the first couple of years so that we get those two points and then think about winning the game. Once we started doing that regularly, we started thinking of outright wins. Once that started, the thinking and mindset changed. We started getting the belief that we could win tournaments. We had a lot of U-19 players who had already won trophies at the national level – we’d won Cooch Behar and Vijay Merchant Trophies. So they knew what it takes to win, but it was a different level. It was about trying to tell them the first priority was to win outright and then think about a lead if that didn’t happen. Before winning tournaments, the goal was to come first in West Zone. That’s how we started building the process.

Youngsters grow up wanting to play in the IPL. What would your message to them be?

Domestic cricket teaches you a lot. Playing in empty stadiums, travelling in trains and buses teaches you the value of having team-mates. Playing on different wickets – low wickets of Kanpur or bouncy Wankhede pitches – help you. If you prioritise domestic cricket and Ranji Trophy, IPL and everything else will be part of it. If you do well in the Ranji Trophy, you can do well in the IPL, too. Guys like Devdutt Padikkal or Ambati Rayudu, or when I’ve done well in IPL, the pillar was domestic cricket. It helps you deal with a lot of things. Because the domestic season is long, as a cricketer you tend to have a lot of ups and downs which will help you manage pressure, your own expectations. It’s a great learning experience.

If you look at it nowadays, Wriddhiman Saha is picked because he is an out-and-out keeper. I’ve said this before, yes, a keeper needs to contribute with the bat but in Tests, you should look firstly at who is the better keeper and then someone who can contribute with the bat. It should change from format to format. It was different in 2002. With change of eras, now a new wicketkeeper has to be good with both gloves and bat.

If you were to rewind to 2002 and be a 17-year-old playing for India, what would you change?

Is there a sense that your career had a missing element?

There are no regrets. Every time I stepped onto the field, I tried to get the best out of me and my team-mates. I’ve been sleeping well. In fact, the family was in tears but I’m happy with the call I’ve made.

What is handling the ball in cricket or Law 33? 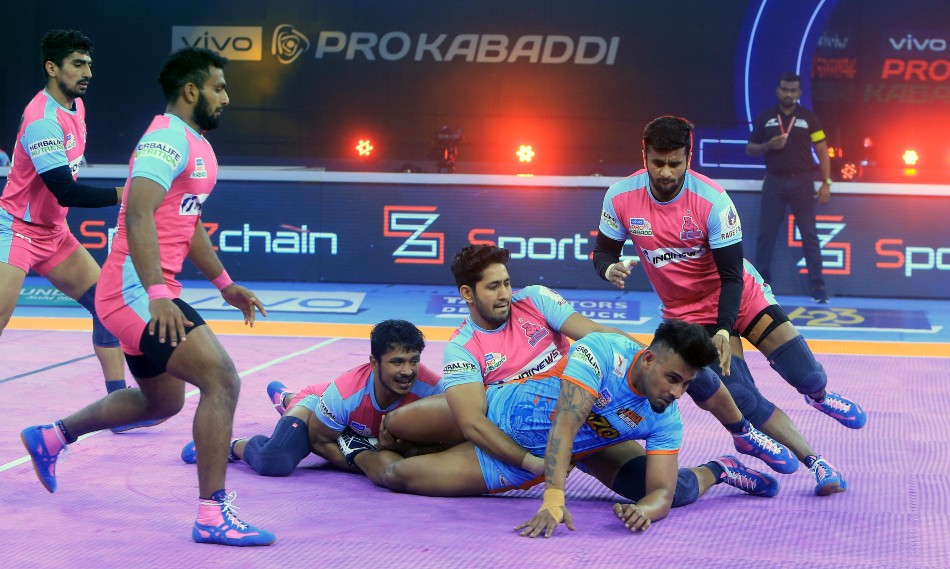 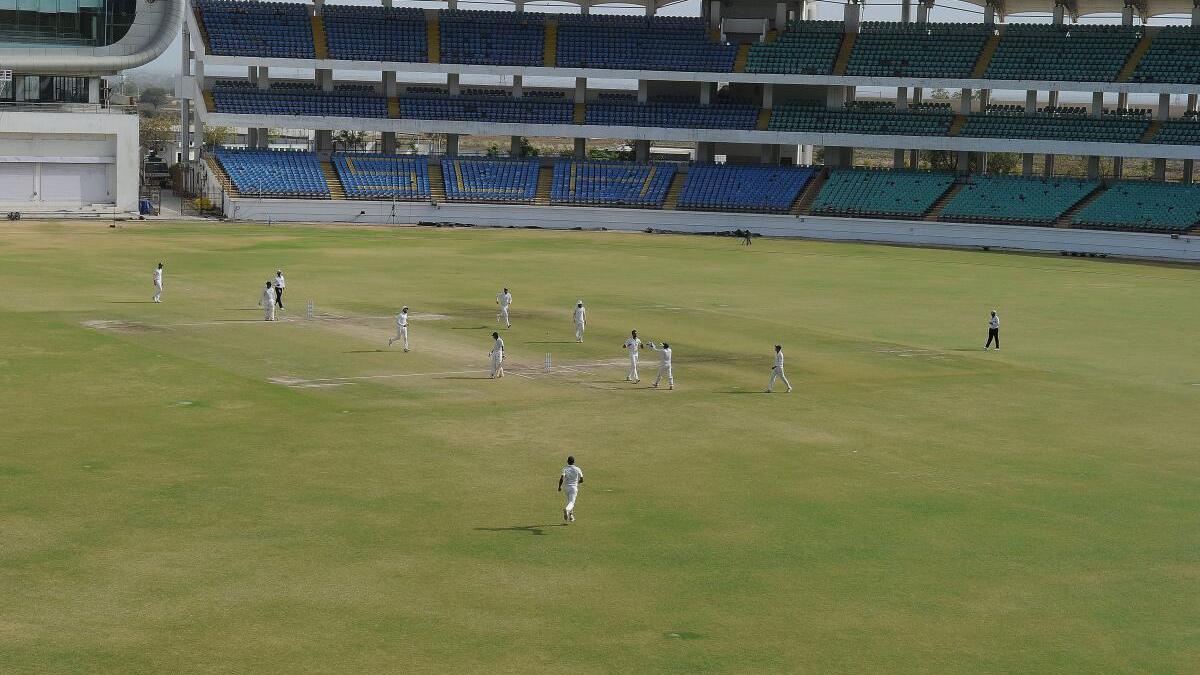