Mohammad Rizwan must be in your Dream11 Fantasy team and he can be picked as a captain.

The third and final match of the T20I series between Pakistan and South Africa will be played on 14th February at Gaddafi Stadium, Lahore.

The match is scheduled to start at 6:00 PM local time and 6:30 PM IST and it will be streamed live on Sony Sports Network.

Pakistan won the toss and elected to field first.

Pakistan and South Africa will take the field final match of the T20I series on Sunday. The series is levelled at 1-1 as Pakistan won the first match by mere 3 runs, whereas South Africa came back strongly in the second match and won the game convincingly by 6 wickets.

With some exceptional batting from wicketkeeper batter Mohammad Rizwan and good death bowling from the bowlers, Pakistan got themselves off to a great start. The main concern for the management will be skipper Babar Azam’s form, as he failed to perform in the first 2 T20Is.

On the other hand, South Africa will be booming with confidence as they scripted their first victory of the tour last night. Despite some good batting and even better bowling from the visitors. they couldn’t cross the finishing line in the first T20I. But they showed a lot of courage and character in the last match and wrapped up the match with 6 wickets in hand with 22 balls to spare. It all boils down to the decider, as whoever wins this match will take the series.

It’s going to be foggy in the evening at Lahore with the temperature ranging between 21 and 17 degrees Celsius. There is no chance of precipitation for this match.

The pitch has offered a lot for the bowlers in the first two matches, but varying the pace will be the key on this surface. There is always a challenge for the bowlers to grip the ball because of the dew factor. It’s a good competitive wicket for the T20 format and anything above 160 will be difficult to chase. Whoever wins the toss should bat first.

Mohammad Rizwan was on top of his game in the first two matches for Pakistan. He scored an unbeaten century in the first game and followed it up with a half-century in the second match. He can be made the captain for one of your Dream11 Fantasy teams.

Faheem Ashraf showed his glimpses with the bat the other night. Coming at number 7, he blasted the South African bowlers and scored 30* runs from just 12 balls. He has even picked up one wicket in the 2 matches.

Pakistan skipper Babar Azam is going through a rare rough patch. He will be hungry for runs and given his average of 48.17 in his 46 T20I matches, there is no reason to believe that he won’t find his form back.

Reeza Hendricks is giving the perfect starts to his team. He was unlucky in the 1st T20I and got run-out when he was on 54, and in the second match, he scored a quickfire 42 runs at a strike rate of 140.

Dwaine Pretorius was exceptional with the ball last night, picking up 5 wickets by conceding just 17 runs. Not to forget, he is a good striker of the ball and scored 15* runs from 6 balls in the first T20I.

Janneman Malan looked good in the first T20I and scored a well made 44 runs from 29 balls. He is an up and coming talent with a lot of promise. 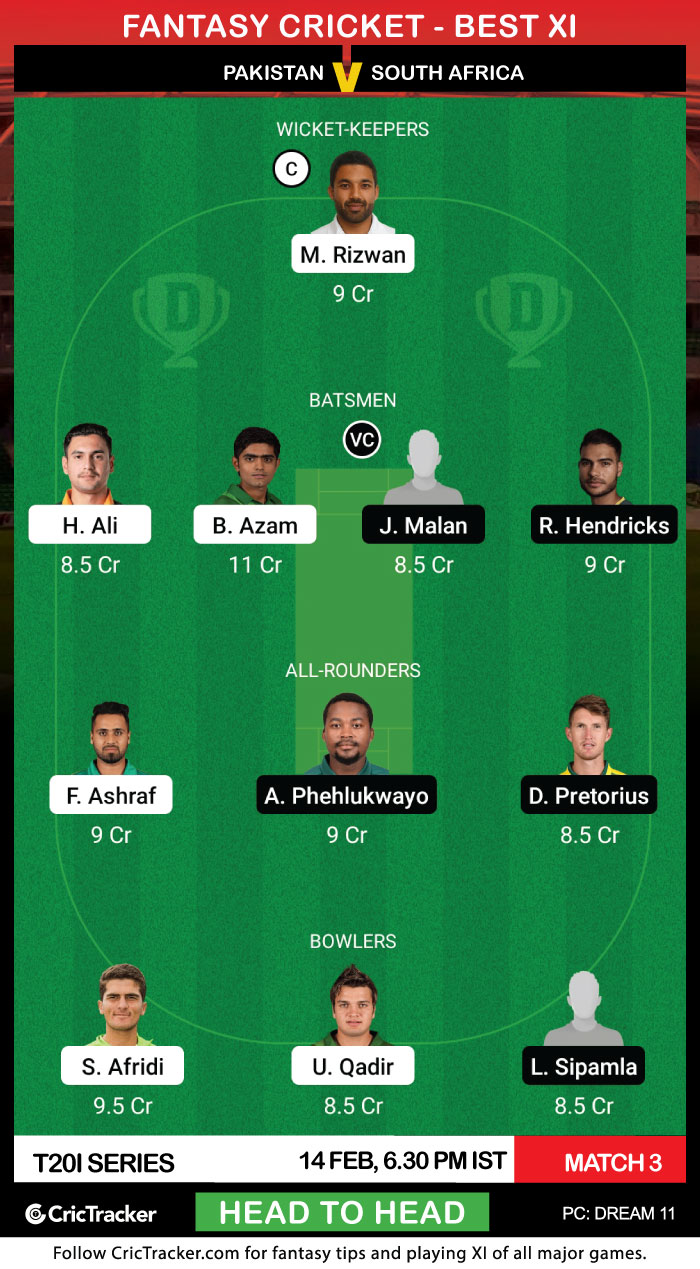 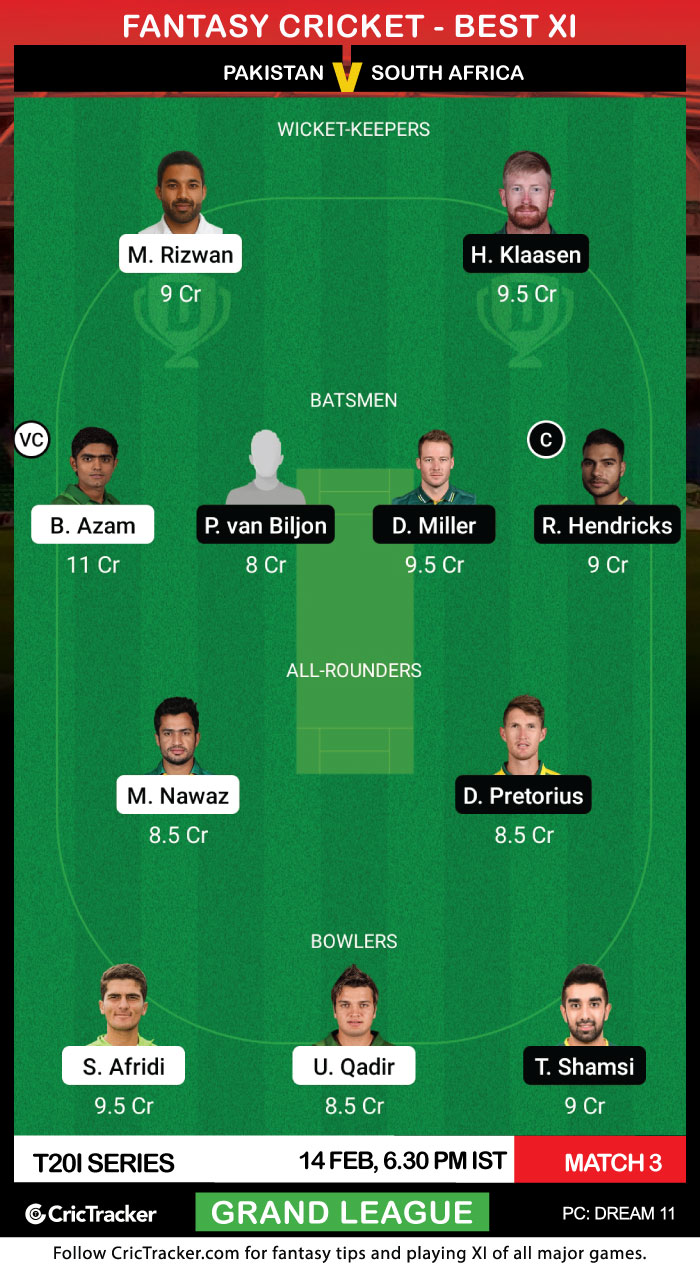 Mohammad Rizwan is in excellent form and he has scored 283 runs in the last 5 T20I matches. He must be in your Dream11 Fantasy team and he can be picked as a captain.

South Africa are expected to win this match.