Ann Arbor — Naz Hillmon scored 27 points and No. 11 Michigan defeated No. 15 Ohio State 75-66 on Sunday to split the season series.

Hillmon scored 50 points and grabbed 16 rebounds in an 81-77 loss to the Buckeyes on Jan. 21 but only four Wolverines scored in that defeat. This time, seven Wolverines put up points, including Amy Dilk with 13 points and six assists, Akienreh Johnson scoring 12 points and Leigha Brown, who missed the first meeting, putting in 11.

Michigan led by 15 with 31/2 minutes remaining when Ohio State (13-4, 9-4) went on a 9-0 run before Hillmon scored on a putback. Free throws carried the Wolverines the rest of the way.

The Wolverines led by three at halftime. Hillmon scored eight points to lead a third-quarter surge, Michigan outscoring the Buckeyes 24-11. Hillmon took a seat late in the period with her fourth foul but the Buckeyes only shaved a point off by the time she returned with 61/2 minutes left in the game.

Jacy Sheldon led the Buckeyes with 16 points. Ohio State has five players averaging in double figures but were missing Madison Greene for the second straight game while two others —Droka Juhasz and Braxtin Miller —combined to shoot 0 of 13 for four points. Juhasz had 12 rebounds but her run of six straight double-doubles ended. Freshman Kateri Poole, filling in at point for Greene, had 14 points with six assists, while Aaliyah Patty added 10 points.

On a day when the third-ranked Michigan men beat fourth-ranked Ohio State 92-87 in Columbus, the Wolverine women ended a three-game losing streak to their rivals.

Next, Ohio State is at Penn State on Wednesday, the first of three games left in its season as the Buckeyes have self-imposed a postseason ban because of potential NCAA infractions, reportedly involving a former assistant coach. Michigan plays at Iowa on Thursday.

Garza has 2,126 points for Iowa, breaking the record of 2,116 points set by Roy Marble from 1985-89. Garza scored 12 points in the first half to get within a point of Marble and passed the mark with a layup off a pass from Jordan Bohannon at the 8:18 mark of the second half.

Garza also had 11 rebounds for his 10th double-double of the season.

Garza, who came into the game as the nation’s leading scorer at 24.7 points per game, scored 10 consecutive points in Iowa’s 13-2 second-half run after the game was tied at 54. Penn State (7-12, 4-11) went six minutes without a point in the second half.

CJ Fredrick added 18 points for the Hawkeyes. Fredrick, who has missed four games since Jan. 21 because of a lower leg injury, had his first double-digit scoring game since he had 13 against Northwestern on Jan. 17.

Izaiah Brockington and Myreon Jones each had 11 points to lead Penn State. Myles Dread had 10.

Jonathan Davis and Brad Davison added 12 points apiece, helping Wisconsin (16-8, 10-7 Big Ten) bounce back from consecutive losses to No. 3 Michigan and No. 11 Iowa. The balanced Badgers improved to 10-1 when they have at least four players score in double figures.

With a matchup against No. 5 Illinois looming on Saturday, Wisconsin used its deep roster and stingy defense to avoid a three-game slide. Led by Potter, the Badgers had a 31-16 advantage in bench points. They also forced 14 turnovers.

Northwestern (6-14, 3-13) lost its 13th straight game. Boo Buie scored 19 points, but he was the only player in double figures for the Wildcats. Chase Audige, who was averaging a team-high 13.3 points per game coming in, finished with five on 2-for-7 shooting.

Ryan Young’s three-point play trimmed Wisconsin’s lead to 46-39 with 12:59 left, but the Badgers responded with a 13-1 run. Tyler Wahl capped the decisive stretch with a driving layup and a 3-pointer.

Wahl finished with 10 points for Wisconsin, which earned its sixth straight victory against Northwestern.

Wisconsin had a scoring drought of almost six minutes in the first half, but Northwestern also struggled on offense and the Badgers started to pull away before the break.

Potter put Wisconsin ahead to stay with two foul shots with 5:36 left, part of a 14-4 run for the Badgers. Davis made two free throws and Potter converted a layup to make it 34-24 with 40 seconds to go.

►(At) Houston 90, Cincinnati 52: Quentin Grimes had 20 points and eight rebounds, and No. 6 Houston used a big first half to roll past Cincinnati 90-52 on Sunday.

The Cougars forced Cincinnati into 13 turnovers, which Houston converted into 22 points.

The margin of victory was the largest for either team in the series, besting a 115-78 win by the Bearcats in Dec. 1998. Cincinnati leads the series with Houston 34-6.

Houston outscored the Bearcats 32-7 over the final 11 minutes of the first half to take a 50-26 lead at the break. Jarreau scored nine points and Mark had eight in the half-ending run.

Meet Josh Baez, a 17-year-old from Massachusetts who is drawing dozens of big league scouts

Once a contender in majors, Rickie Fowler now needs help getting in

Meet Josh Baez, a 17-year-old from Massachusetts who is drawing dozens of big league scouts

Once a contender in majors, Rickie Fowler now needs help getting in 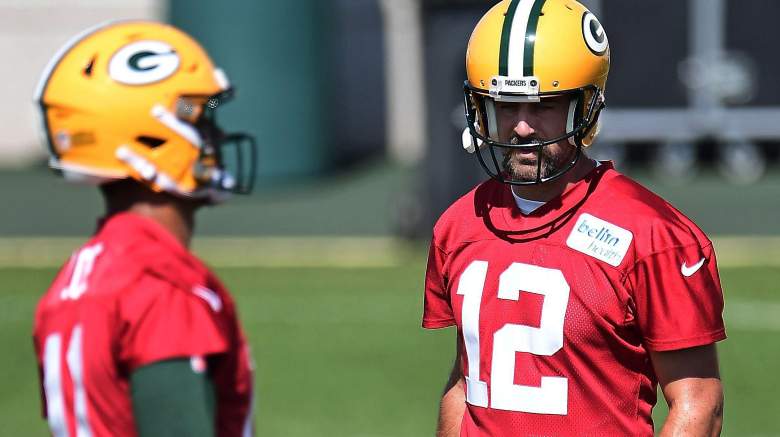 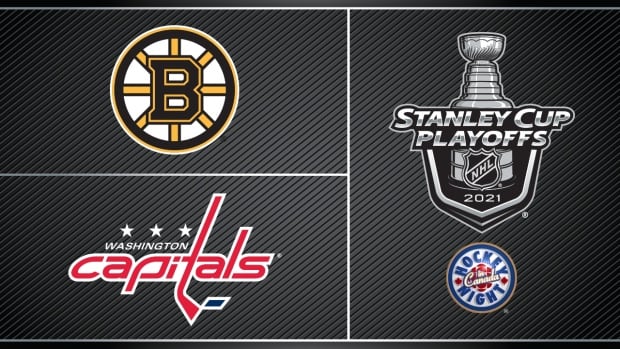