Dust of your skates and get ready for some ice cold sports action, hockey fans – the 2021 NHL regular season is nearly here! Starting on Wednesday, January 13, it’s another shortened campaign that will see the league’s 31 teams play 56 games each, compared to 82 in a normal season. Read on as we explain how to watch an NHL live stream online wherever you are in the world right now.

Regular season dates: January 13 to May 8

They’re expected to content for back-to-back titles this year, a feat that’s very rarely achieved in the sport due to hockey’s fiercely competitive nature – though the Colorado Avalanche are generally considered the pre-season favorites. Other teams expected to make a run at the Cup according to the bookmakers are the Boston Bruins, Vegas Golden Knights, Toronto Maple Leafs and St Louis Blues.

There have been some other fairly significant changes to the league for this year as a result of the ongoing Covid-19 pandemic…like the restructuring of the league to include an all-Canadian division, the NHL North! And once again, all regular season games will be intra-divisional, meaning you’ll get to see local rivalries played out a full eight times in the regular season!

Read on for details on how to get a NHL live stream and watch hockey online for every game of the new 2021 season, no matter where you are in the world right now.

How to watch NHL blackout games and more with a VPN

Whether you’re watching hockey online or on TV, blackouts can be especially annoying as you won’t be able to watch local games using the league’s streaming service NHL.tv. At the same time, your NHL.tv subscription won’t work like it normally does if you’re trying to watch some hockey when you’re out of the country.

In order to get around blackouts and other restrictions, you’ll need to use a VPN to dial in to a location back in your home country or in a different part of the country if you’re not currently traveling. A VPN is ideal for this as it allows you to change your IP address so that you appear to be in a completely different location where there isn’t currently a blackout.

VPNs are ridiculously easy to set up and use and aren’t just for watching hockey abroad – they’re also a great first line of defence for your online activity and many people use them to get around other geo-blocked websites or to access foreign Netflix content.

ExpressVPN – get the world’s best VPN
We’ve put all the major VPNs through their paces and we rate ExpressVPN as our top pick, thanks to its speed, ease of use and strong security features. It’s also compatible with just about any streaming device out there, including Amazon Fire TV Stick, Apple TV, Xbox and PlayStation, as well as Android and Apple mobiles.

Sign up for an annual plan now and get an extra 3 months absolutely FREE. And if you change your mind within the first 30 days, let them know and they’ll give you your money back without a quibble.

How to watch the NHL online with NHL.tv

The best end-to-end live streaming option for many fans is still NHL.tv. The league’s streaming service remains price slashed for the 2021 season due to its abbreviated form, with an All-Access Pass costing $99.99 and offering out-of-market coverage of every single team through this year’s playoffs and Stanley Cup. Alternatively, a Monthly Pass is $24.99 or a Single Team Pass is $84.99 for the year.

Just like other modern streaming services, there are also NHL.tv apps for Android and iOS mobile devices as well as on the likes of Apple TV, Roku, Chromecast, Amazon Fire, Xbox and Playstation.

Keep in mind, though, that blackout and other restrictions still apply to NHL.tv – though as we’ve just explained grabbing a quality VPN and following our instructions above.

NHL live stream 2021: how to watch every game in the US

If you plan on watching your favorite hockey team compete in the 2021 NHL regular season, then you’ll need access to a number of different channels, including NBC, NBCSN, regional NBC and FOX sports networks (RSNs), NHL Network and NHL Center Ice.

If you’ve got cable, none of this will be a problem and you will likely be able to navigate to the relevant broadcaster’s website to get a live stream of their NHL coverage by logging in with details of your provider.

But if you’ve decided to cut the cord or that cable is just too pricey these days, then you’ll need a good over-the-top streaming service to take its place and provide access to the same channels.

The best overall way to watch NHL without cable in 2021

Of the many and varied options, we recommend FuboTV as the best option for most NHL fans. The sports-centric streaming service features NBC, NBCSN, and the NHL Network – plus comprehensive nationwide access to regional NBC and Fox RSNs, which many of its rivals struggle to provide.

It costs $64.99 a month for its entry-level Family Plan, but that gets you 100+ channels and comes with everything hockey fans need. Plus, it offers everything NHL fans need in one place, so you don’t have to deal with the hassle of multiple add-on packages.

We recommend them because for not that much more than the competition, you get a genuine end-to-end cable replacement solution that should satisfy the needs of both hockey fans and non-hockey fans alike.

The cheapest way to watch NHL games without cable in 2021

If that seems a bit pricey to you, don’t worry – we’ve got you covered. Or rather, Sling TV does.

A Sling TV Blue + Sports Extra subscription will get you access to nearly all the channels you need to watch the NHL online including NBC, NBCSN and NHL Network – though there’s no joy for those who need a Fox RSN for their local NHL coverage.

Additionally, you should know that access to NBC and NBCSN regional networks varies depending on where you live. Generally, major metro area markets are covered, but it’s worth checking first.

The best way to watch NHL games out of market

As we’ve said, NHL.tv is the perfect streaming solution for hockey fans as it’ll let you watch every single of the 2021 season – provided you don’t fall foul of blackout restrictions, of course.

This means it’s best suited to out-of-market fans of teams – though as we’ve said, with the help of a good VPN, many people will find they’re able to watch the NHL games they want across the country.

How to watch the NHL: live stream 2021 hockey games online in Canada

With the NHL’s new North division now packing in all seven of Canada’s teams, it’s set to be a great season for fans in the Great White North.

As in the US, coverage is split between a number of channels and their corresponding streaming services. Primarily, you’ll need access to Rodgers-owned Sportsnet and NHL Live, while some games will also be aired by TSN, TVA Sports, RDS and CBC.

If you’ve got these channels on cable, simply head to the relevant website and you should be able to log-in to a live stream with details of your provider.

Additionally, you can also sign up for Canada’s NHL.tv equivalent, NHL Live. Currently, only a season-long Early Bird Pass is available for CAD$159.99, which gets you out-of-market games for every NHL team as well as games nationally televised in Canada. Once the season starts, expect a monthly option to be rolled out again like last year – but not that the service is subject to blackout restrictions.

Where that’s the case or you find your out of Canada and unable to watch the game you want due to geo-blocking restrictions, remember that a VPN is all you need to tune back in to your preferred NHL coverage wherever you are.

Unfortunately for hockey fans in the UK, there are no regular TV channels like BBC or Sky that show NHL games.

Instead, Premier Sports will be showing games throughout the new 2021 season. You can add Premier Sports to Sky, Virgin Media and Netgem TV packages – or subscribe to its streaming-only Premier Player offering. It both cases, you’ll be looking at price plans from £9.99 a month for access to all Premier Sports channels.

UK pay TV channel BT Sport also has the rights to select NHL games each week through 2021, while for battle-hardened NHL fans wanting to watch regular coverage, NHL.tv is available in the UK – though it doesn’t have a region-specific website, you can pay via credit card and also PayPal.

Instead, you sign-up through the service’s US website and in dollars. Blackouts are limited to games aired by Premier Sports and BT Sport.

Whether from the UK or currently in the country from abroad, remember that you should still be able to get access to any streaming services you pay for at home. As outlined above, a good VPN is all you need to enjoy all the coverage you normally would at home.

For Australian ice hockey fans, the most comprehensive way to get an NHL live stream for the 2021 is through the league’s own streaming service, NHL.tv.

It’s available Down Under, though as in some other countries you’ll have to sign up through the American version of the website and pricing will be in US dollars as a result (though you can pay via PayPal as well as credit card).

Region-specific viewing options will also exist, with ESPN set to air select NHL games live in Oz. You can get the channel either through a Foxtel TV package with the addition of the Sports Pack add-on; the Foxtel Now streaming service; or the dedicated sports streaming platform Kayo Sports .

We’ll update this guide as soon as we know more – but in the  meantime, don’t forget that using a VPN can help you tune in to all your favourite sports and streaming services from all over the world.

Greater Cincinnati high school football: Who are the top 22 recruits in the class of 2022? 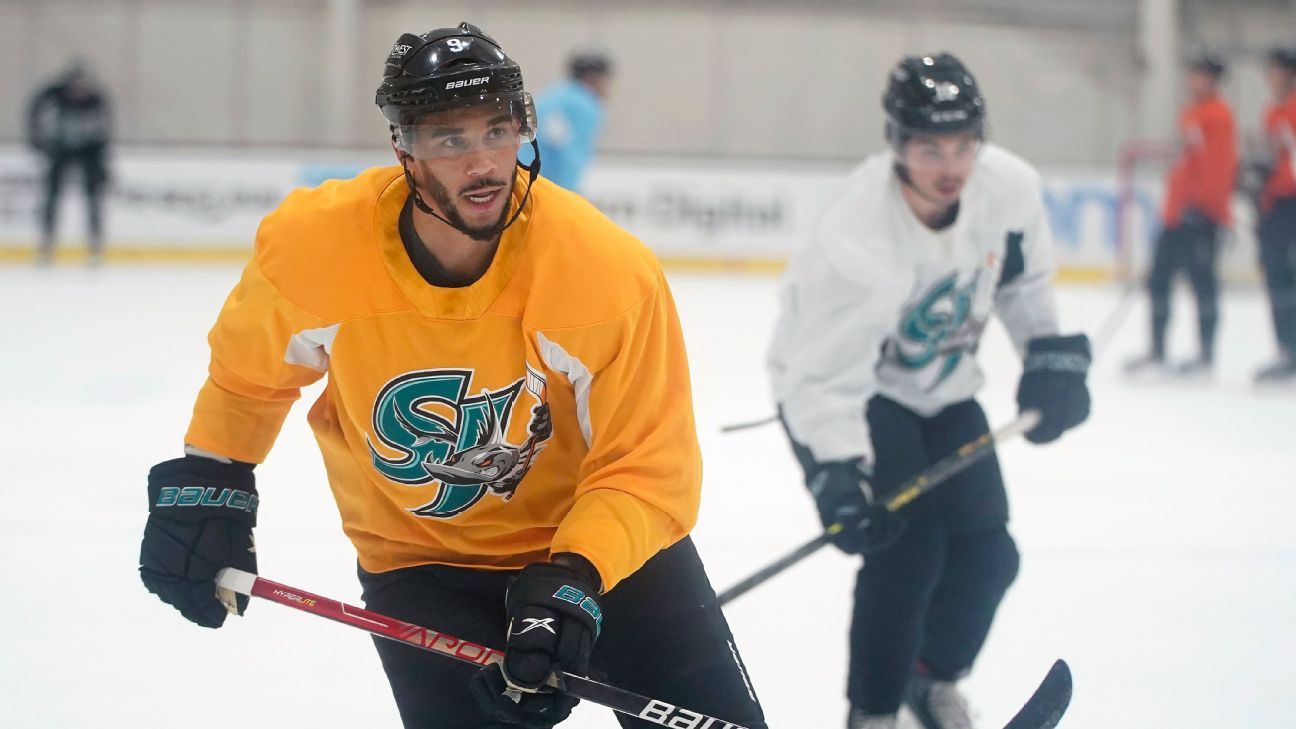 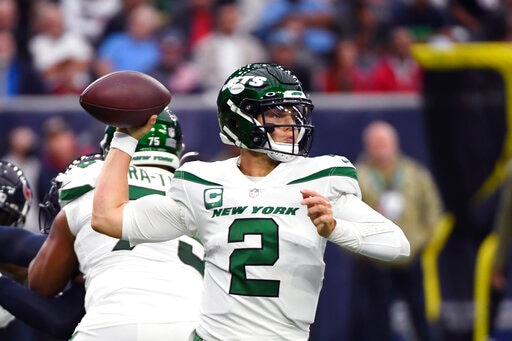 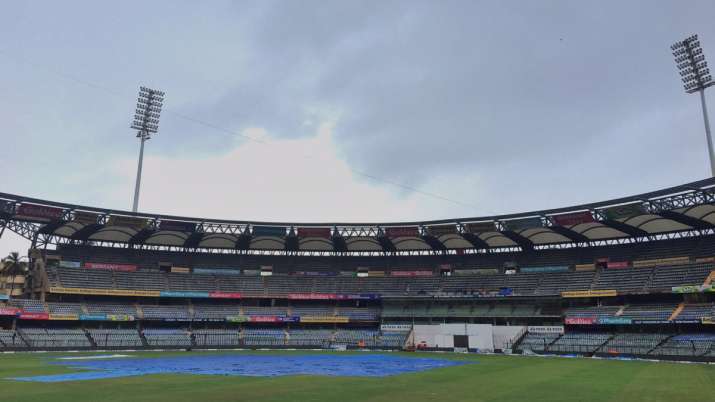