Chase Briscoe may have just started in Nascar’s Cup series, but the rookie is already making an impact. The Stewart-Haas Racing driver made the move into the Cup series this season after a successful 2020 Nascar Xfinity series campaign that saw him score nine wins and make the Championship 4.

Briscoe was tapped to take over the No. 14 Ford for Stewart-Haas for outgoing driver Clint Bowyer late last year. Not only did Briscoe bring his helmet to the Cup series with him, he also brought his primary sponsor HighPoint, an IT integration services company that joined him in the Xfinity series and is new to Nascar.

While HighPoint might not be recognizable to all Nascar fans yet, another sponsor, also new to the sport, is along for the ride. And this one has a great deal of brand name recognition.

The Huffy Corporation is widely known across America. The bike manufacturer began its sponsorship of Briscoe last season during the virtual racing league iRacing and that virtual became reality starting with last week’s Daytona 500. For Briscoe, the sponsorship is a homecoming of sorts.

“Growing up, I had a Huffy bicycle. I had imaginary races in my driveway on that thing,” he said chuckling. “I wasn’t out there with anybody else, but I would set up cones in my driveway and I was imagining I was racing other people.

“For me, a lot of my childhood, I remember truthfully being on a Huffy, I’m not saying that because they’re associated with me now. Like that’s a true honest thing. And, you know, it’s pretty neat.”

With Huffy, Briscoe has now brought in two high-profile sponsors to the sport. The latest, as he points out, is also very involved in racing.

“For me to be able to be the guy that has brought them into NASCAR is a huge honor and very humbling,” he said. “It’s really neat to, to see those guys be so involved like they are, and they’re so interested in it.

“Yes, they’re on two wheels and we’re on four wheels, but you know, they still have a racing division like BMX and all these other things. It’s really a good tie in, and hopefully we have a relationship that will last a long time, because it’s, it’s great on my end.”

The sponsorship couldn’t have come at a better time for Briscoe, coming just as COVID-19 put the world in a lockdown last year. Especially when that sponsorship included a bike of his own.

“It was really a great way to get out of the house,” Briscoe said. “When COVID first started, training wise, I was on a stationary bike. So, when Huffy and I lined up at the beginning of COVID, it allowed me and my wife to go out and do something outside finally. And it was just a huge thing to be able to get out of the house and have something every day to look forward to.”

Jimmie Johnson, the 7-time champion who recently left the sport could be seen riding his bike with crewmembers, other drivers and people who work in the industry during race weekends. That seems to be one of the legacies he left behind.

“It’s something that, truthfully the Nascar garage ever since Jimmie,” Briscoe said. “I would say a large, large majority of the, not only the industry, but specifically at Stewart-Haas, almost half of our guys on their lunch break, go and ride bikes. I mean, that’s what they do.”

And all that riding has helped in the racecar as well.

“My crew chief just yesterday went and rode 25 miles,” Briscoe said. “Man, it’s a huge thing in Nascar. And I think it’s just because it is relatable to what we do. You know, it’s a team kind of aspect. You can go out and ride with your buddies you can still talk and communicate. The drafting is very similar what we do on the racetrack.”

Unlike Jimmie Johnson who spent most of his time riding on pavement, Briscoe prefers going off-road.

“Huffy actually sent me an off-road bike,” he said. “It was something that last year, one of the guys on the Xfinity team was really big into. So just picking his brain and trying to go do it. It reminds me kind of, of growing up. I rode a little bit of dirt bike stuff just for fun and it’s kind of like that. It’s intense because you’re going on these trails that are narrow, there’s some jumps it’s, it’s really, really exciting.”

So while other drivers might be gulping energy drinks or eating fast food, Chase Briscoe is riding his bike just like he did when he was a kid winning imaginary races in his driveway.

“It’s a great thing for me to be tied in with Huffy,” he said. “And then, you know, all of the things they’ve been doing from the Chase the Ride deal to help other people go and get bikes at 20% off. And then also, you know, every time we won a race last year, they would donate a thousand dollars a children’s hospital.

“There’s just so many things they’re doing to try to bridge that gap to the racing crowd. it’s been really neat for me to be tied to a brand that we’re just so well known, and it’s such a great company from top to bottom.” 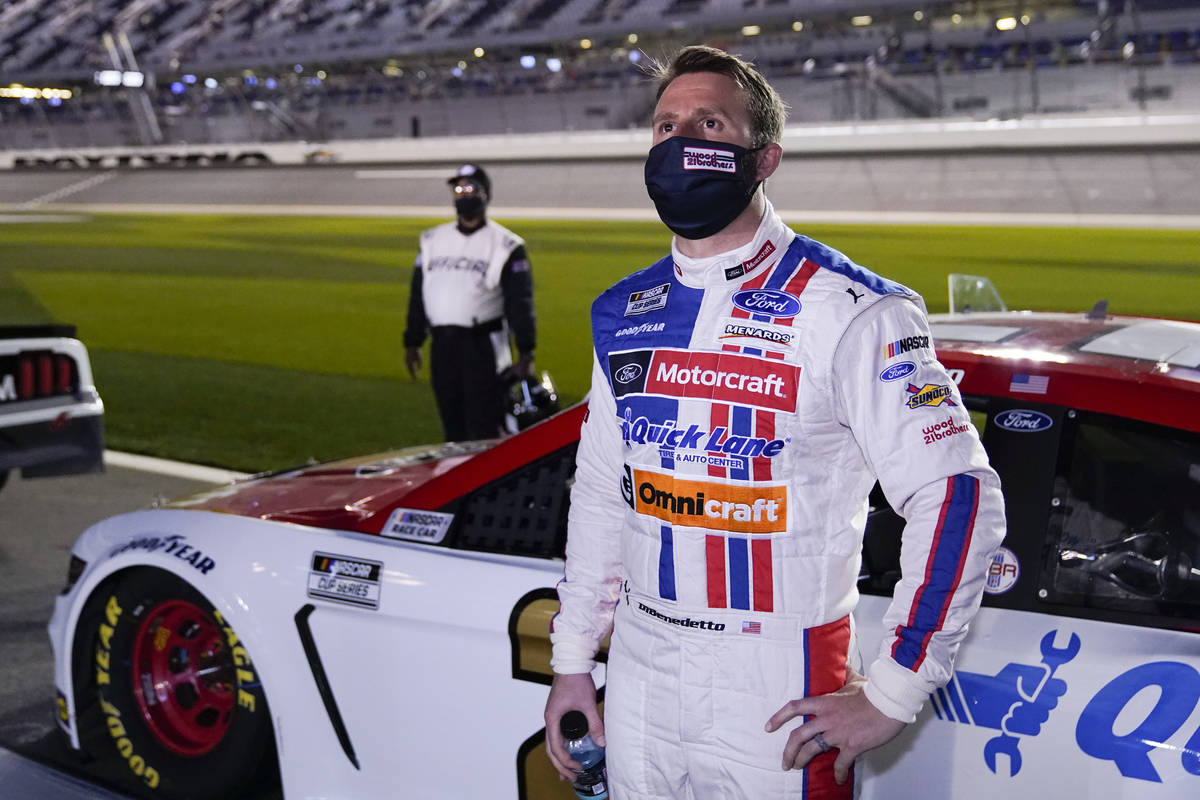 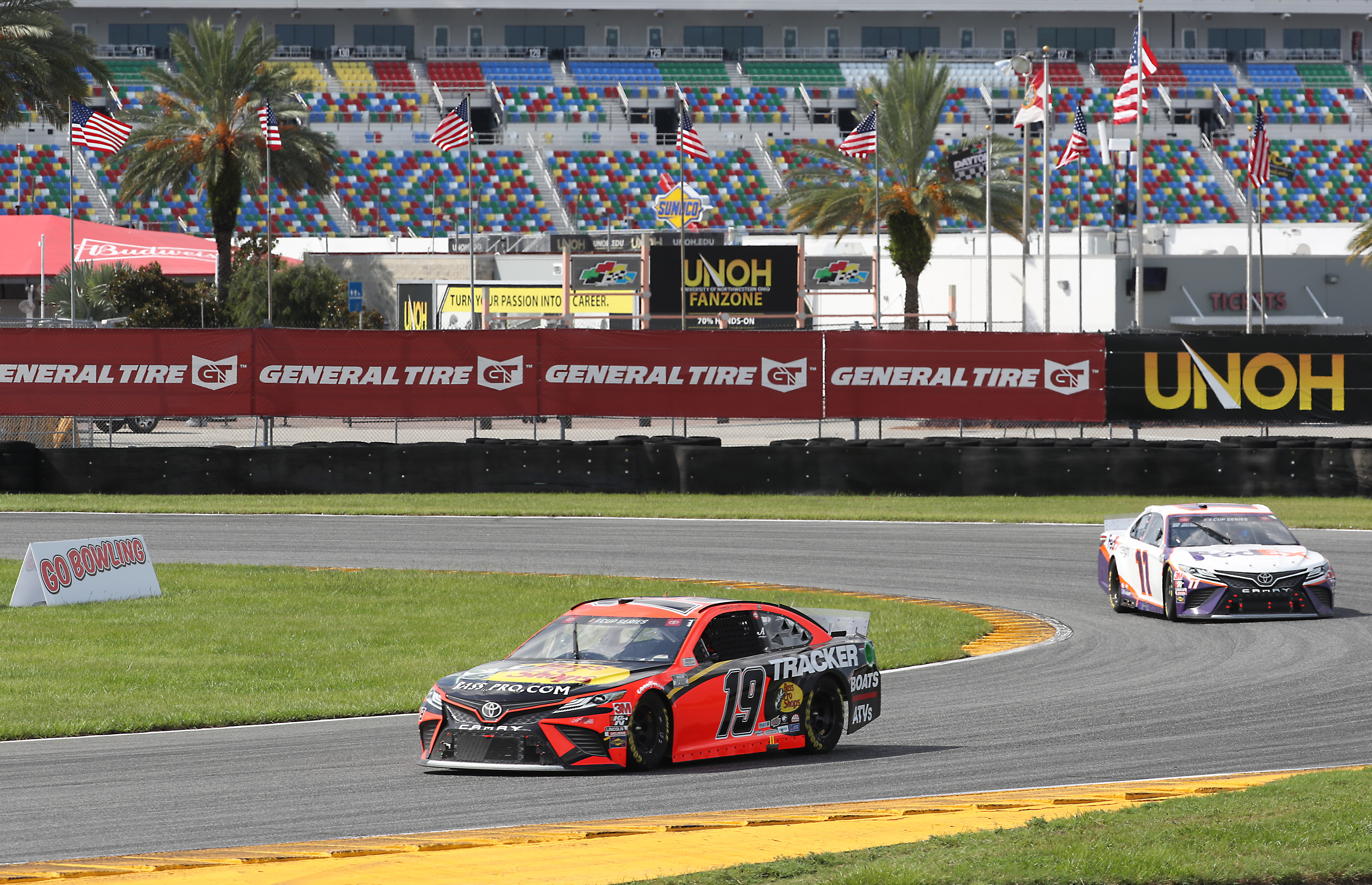 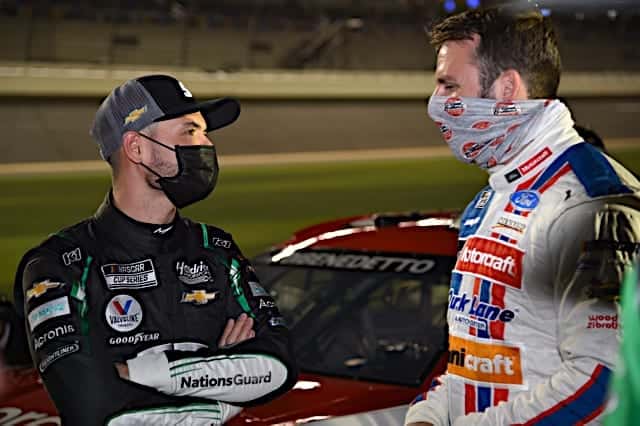