Asjad Butt is a must pick for your Dream11 fantasy team.

The 81st match of the ECS T10 2021 will be played between Minhaj and Raval Sporting on 2nd March at Montjuic Olympic Ground in Barcelona.

The match is scheduled to start at 1:00 PM IST and it will be streamed live on Fancode.

In the 81st match of the ECS Barcelona T10 2021, Minhaj will take on Raval Sporting.  Last time when these two teams met, Minhaj defeated Raval Sporting comprehensively by a margin of 74 runs. Minhaj has one of the best batting line-ups in the tournament.

On the other hand, Raval Sporting has one of the best bowling line-ups in the tournament. They will be seeking revenge for the humiliating defeat from the last game. This match would be an interesting contest between bat and bowl.

There will be broken clouds covering up the venue during the match time. The temperature will be hovering around 12 degrees Celsius. There is expected to have 12% precipitation.

The pitch looks balanced but as the time passes it gets better and better for the batsmen. There is very little help for the bowlers. It is highly expected that whoever wins the toss would prefer to bat first.

Asjad Butt has done a tremendous job for Minhaj. He is the top run-scorer for his team and the third-highest run-scorer in the tournament. He has scored 266 runs in 5 matches with a strike rate and average of 239.64 and 88.66 respectively.

Usman Mushtaq is the only best all-rounder from Minhaj. He has scored 63 runs in 5 matches with strike rate of 165.78 and has scalped 4 wickets as well.

Awais Ahmed is the second-highest run-scorer in the Minhaj team. He has scored 116 runs in 5 matches with strike rate of 163.38 and has a highest score of unbeaten 48. His record is decent for T10 matches.

Gurwinder Sidhu is the only batsman from Raval Sporting that you can include in your team. He has scored 92 runs in just 3 matches with strike rate of 242.10.

Also Read ­– I didn’t report the matter to PCB’s Anti-Corruption Unit as I was concerned the information would be leaked: Umar Akmal 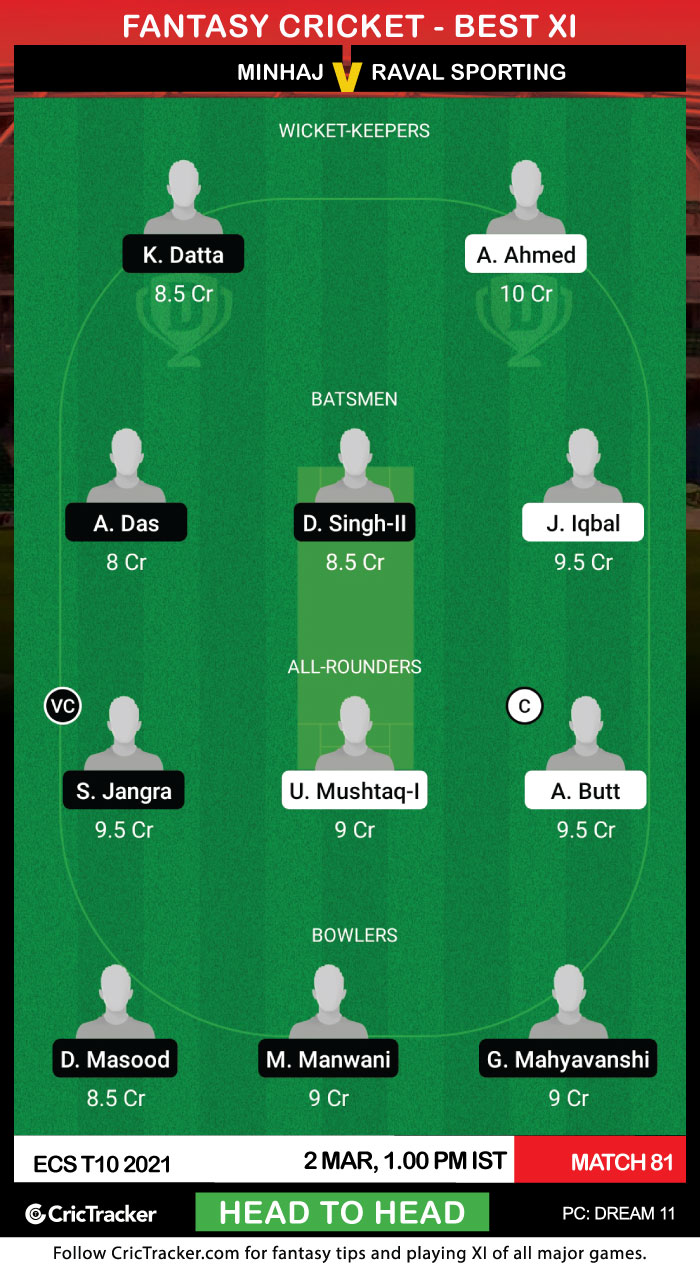 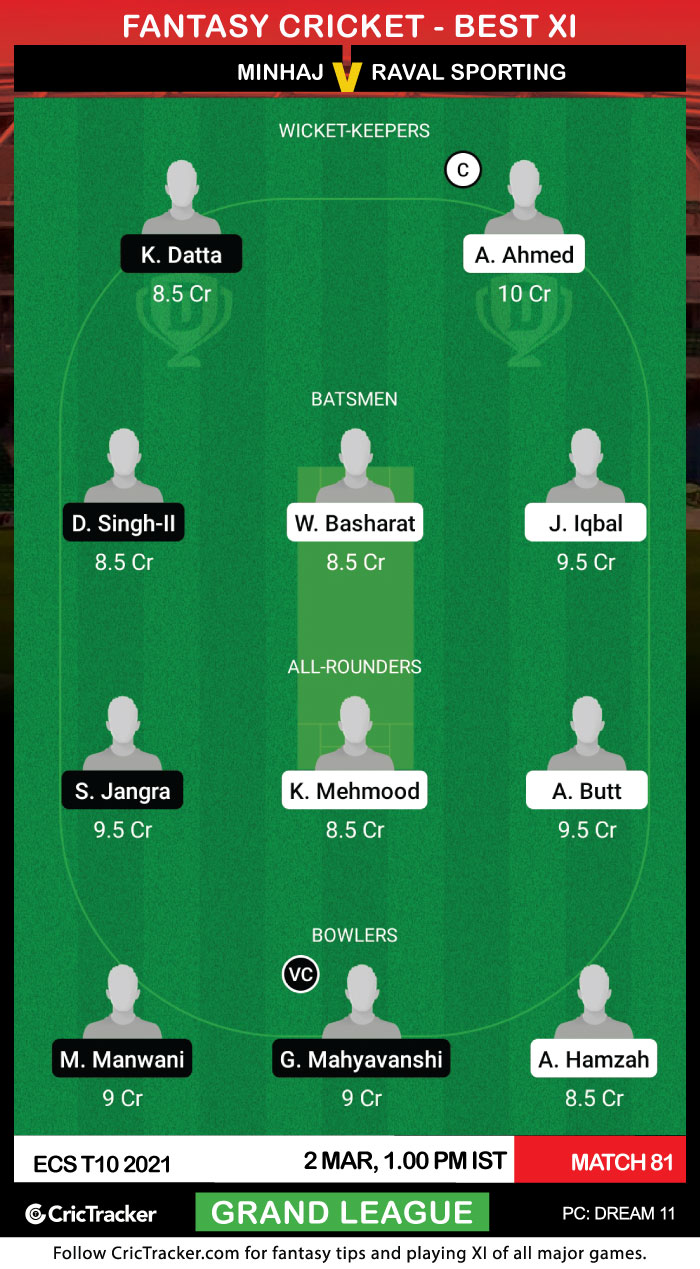 Asjad Butt is a must pick for your Dream11 fantasy team. He has been one of the most consistent batsmen in the tournament.

Minhaj are expected to win this match. 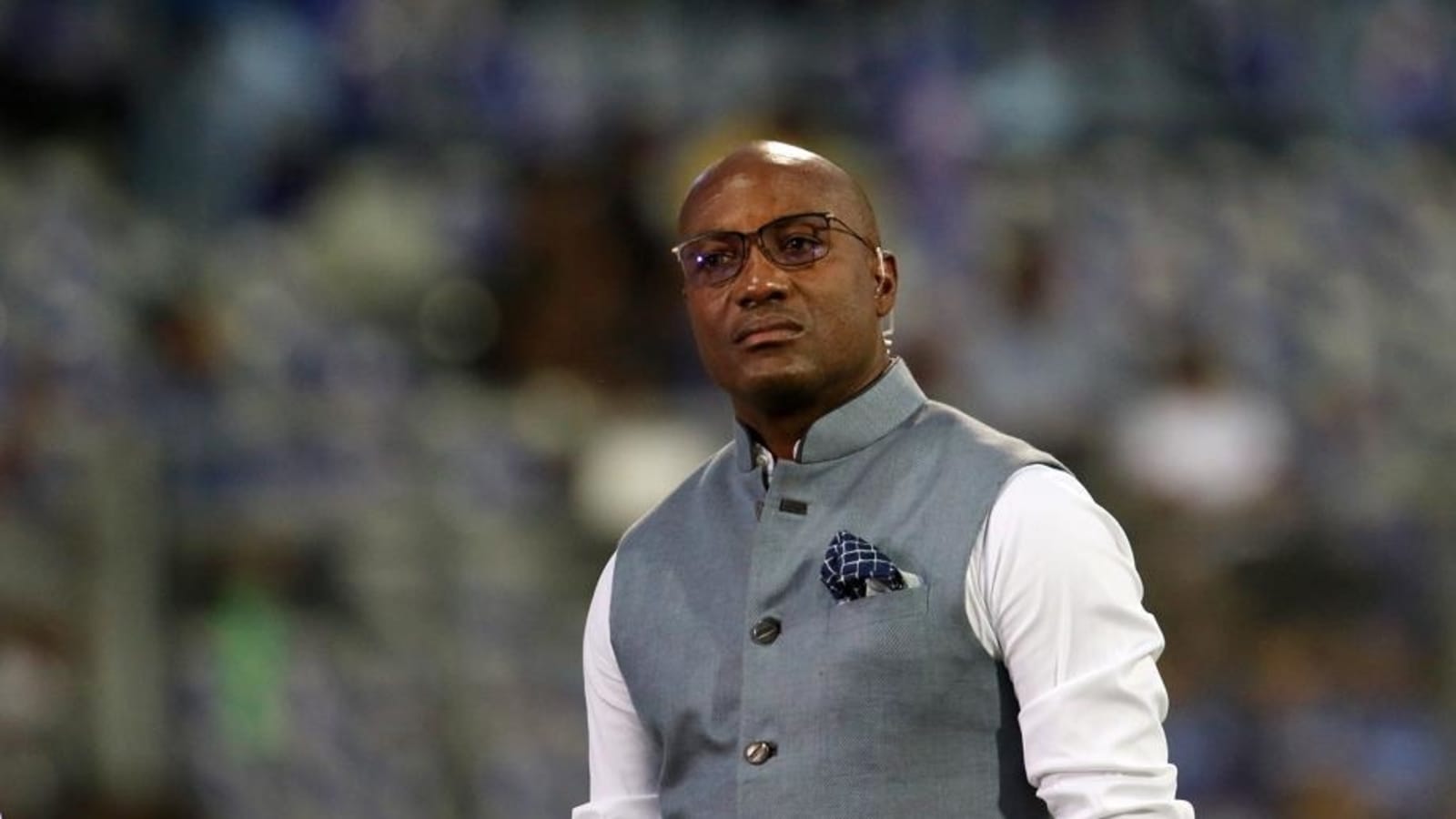 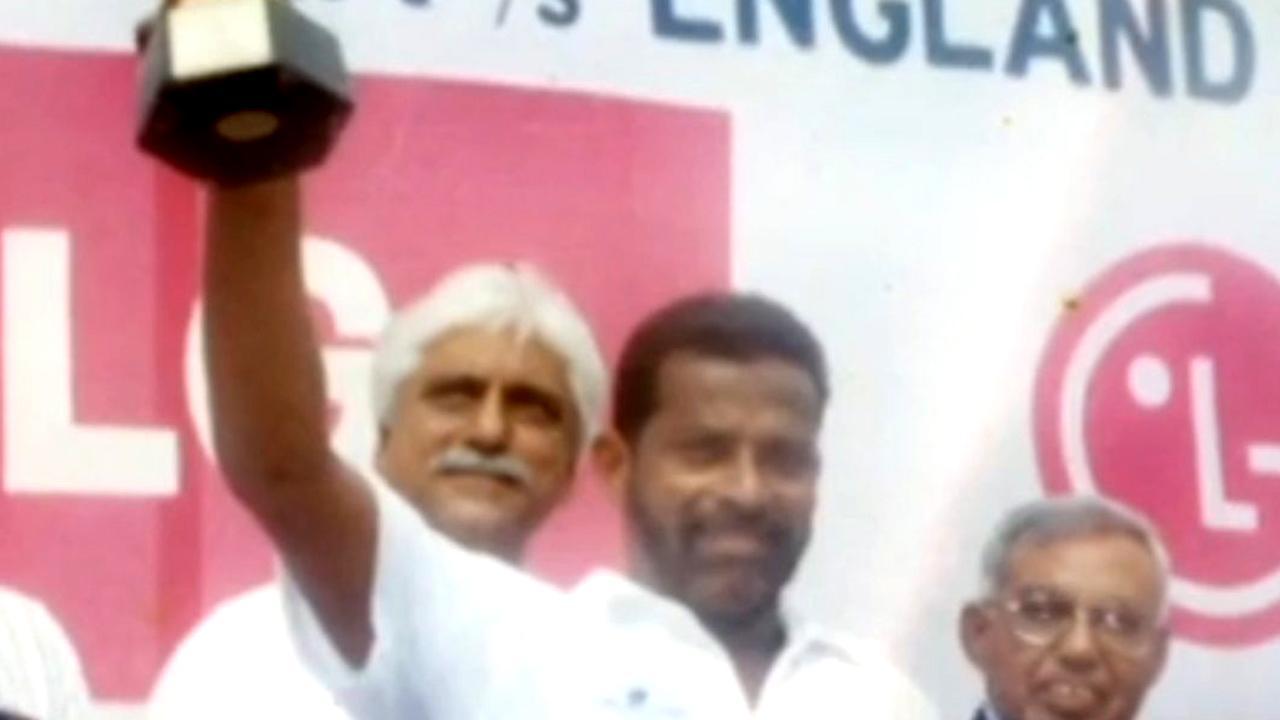