On Thursday afternoon, the English golfer Ian Poulter posted a quick video poking fun at a miserable lunch he shared with a select group of elite golfers which included Rory McIlroy.

It was taken in the players’ lounge at Sawgrass and the scene resembled an average school canteen: coke bottles and Styrofoam trays. Poulter quickly panned around the table and McIlroy gave a sheepish wave as the English man explained that the four men at table had fired a shocking combined 29 over par after the first day’s play at the Players Championship at Sawgrass.

“What a bunch of muppets,” Poulter groaned.

It was a likeable glimpse behind the scenes; mordant and funny and it cast golf in precisely the right light at this moment of time; as an escape and a distraction from the daily stresses and dullness of the pandemic era.

And yet, it would be a cold day in hell before Tiger Woods, even at his lowest, would ever allow himself to feature in a moment that poked fun at the idea of himself as a golfer.

Who knows whether Poulter told his companions about his little sketch in advance? But the greater likelihood is that he just picked up his phone and started recording because he is one of the more prolific social media enthusiasts in sport.

Poulter seems like a good sort and his general excellence at golf has provided a wonderfully lucrative career as one of those specialists at hanging around the fringes of the leaderboard contenders while rarely striding forth as a true threat. In that regard, he exists in a different realm to McIlroy, who can do things in golf that the best of the rest can’t.

As the 2019 winner, McIlroy was defending champion at Sawgrass (the 2020 version was cancelled after the first day because of the looming pandemic) and was pressed upon to do a lot of broadcast interviews this week.

He’s a dream for tournament organisers and networks alike because he excels at this stuff; he’s a natural communicator, he treats people with respect, is occasionally provocative and willingly introspective when it comes to accurately forecasting the elusive wild lightning of his very best game.

He’s open and engaging and chats away in the Ulster-Pacific Coast accent patented by G-Mac, where the vowels and consonant pronunciations heard around Pebble Beach mingle freely with those bouncing around the night scene in Portrush.

This week, McIlroy popped up on the Jimmy Kimmel late night show and was naturally asked about Tiger Woods. They spoke about Woods’s continuing convalescence from the shocking car wreck and about the gesture at a recent PGA tournament when players wore Woods’s signature colours of black and red, “a sign of solidarity” as McIlroy put it “of how we appreciate him so much – everything he has done in the game”.

McIlroy said that, yes, he had been in touch with Woods, who had texted his good wishes to the Irishman before the final round of the Bay Hill tournament last week.

And when McIlroy flamed out, another message alert was waiting from Woods, this time wondering what the hell was going on.

“So even from his hospital bed he is giving me some heat,” McIlroy said amicably.

It was a fascinating insight. Golf has felt a little unmoored since Woods’s latest personal catastrophe. For a quarter of a century, Woods has been golf’s everything: its god, its anti-hero, its lost soul, its redemption story. He has loomed over the sport. No one knows whether he will ever play elite golf again. But the detail of Woods sitting with his shattered legs in his hospital sharply registering the incoming scores and flinging out texts to opponents like McIlroy is revelatory.

On one level it may just be Woods’s way of staying in touch with the circuit as he begins his slow rehabilitation to health. But you can’t help but feel he’s also just reminding the rest: I’m watching. I haven’t gone away. Still testing. Still pushing.

McIlroy is one of the few golfers on this earth that Woods has ever publicly assented to as special. In three blistering years after his 21st birthday he made short work of claiming the role of the sport’s young sorcerer, winning the 2011 US Open, the 2014 Open, and the US PGA championship in 2012 and 2014 while enduring an existential battle with his talent and potential during the 2011 US Masters.

If he someday wins that tournament – golf’s dark fairytale – then he joins Woods in golf’s timeless club of five men to have completed the career Grand Slam.

McIlroy is 31 now. Woods is 45. It always felt as though the much anticipated rivalry between them was more wishful than truly realised; neither man was fully on fire simultaneously.

The life of Tiger Woods has been scrutinised in forensic depth in recent years, including HBO’s recent riveting two-part forensic catalogue of his life, with reams of old archive footage which has acquired a poignant filter.

It’s clear that Woods, whether through the ministrations of his late father Earl or his internal furnace, was hell-bent on destroying the limitations of golf. It would become clear, too, that the price he paid for subjugating the field was a terribly narrow and lonely experience of living a fully-rounded life.

If you go back to McIlroy’s early interviews, his ambitions usually came with a caveat: the quiet insistence of his right to a normal life outside of golf. Watching Woods’s private life and public persona splattered across the television sets of the world can’t have changed his mind any.

It’s fair to say that the dazzling first act of McIlroy’s professional career has not lived up to its promise. It’s rare a country of Ireland’s size produces such a generational world-class talent in any sport. And it can be frustrating watching him, as though he is wilfully squandering talent. The accusation levelled against him is that he is sated. Former pro Tom Weiskopf, 78 years old now, recently said that golf “is something just for Rory to do”.

He couldn’t put his finger on why he feels this but his guess seems significant: “Maybe the way he interviews,” he said. “I don’t see any frustration. Life is good and it should be – he is a multi-multi millionaire and has a kid now. But I don’t see the Tiger attitude. It’s like he’s satisfied all the time.”

Asked about those comments by Eamon Lynch in Golfweek, McIlroy politely rejected them and pointed out that it’s different looking in from the outside.

Because McIlroy is who he is, he’ll be the subject of intense speculation as the 2021 Masters sharpens into focus. He’s no longer the prodigy: he has five or maybe six years of ‘gos’ at winning the green jacket before he would have to rank among the top 10 oldest players to ever win at Augusta.

And his form is so capricious and, it seems, ungovernable that the odds of that lightning flow coinciding with that April weekend feel remote. And yet, there is always the chance that he’ll just turn up and go supernova. That’s what makes him so compelling to watch.

So the outside world watches on, drumming fingers, bemused and impatient for him to join the gods. But as you think of Woods right now, perhaps done with golf, you are reminded of just how much life – actual precious life – he poured into it all.

Rory McIlroy may have been very young when he decided that there would be a limit to the extent to which he’d allow golf to possess him like that. And for all the groans and the memes, that is his right. He owes nobody anything. Nobody but himself.

Boys Golf Athlete of the Year

'It's always sunny and 70': First look at indoor golf coming to Topeka 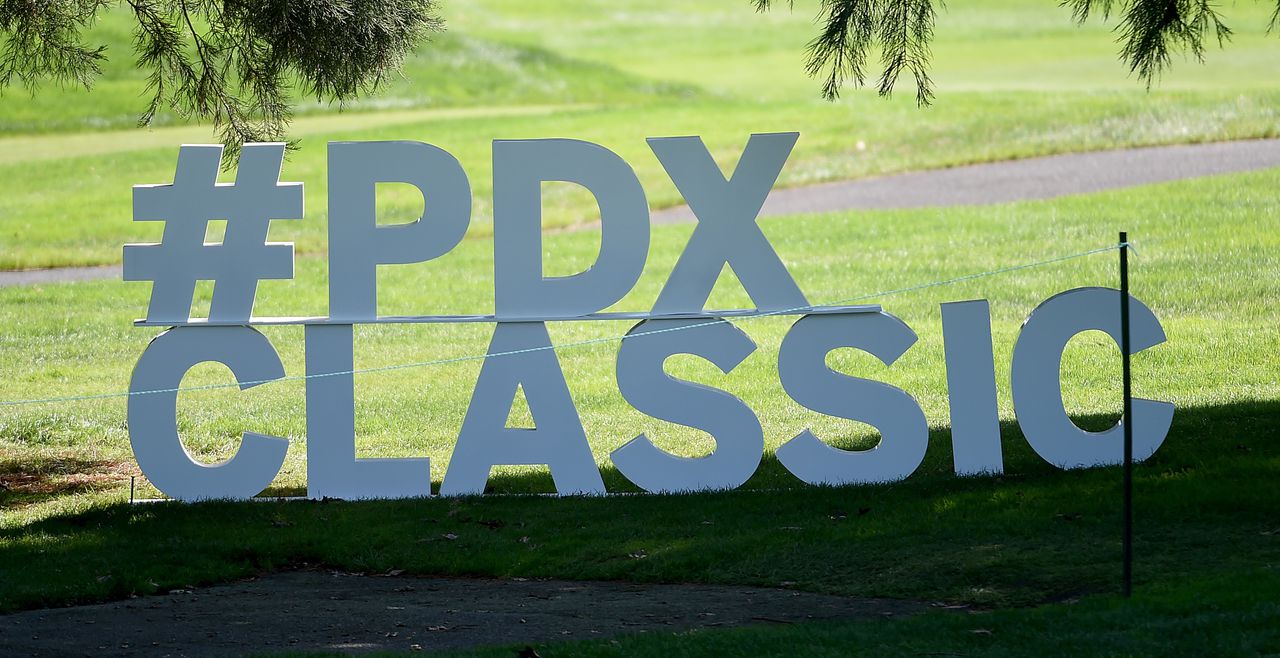 Canzano: Golf tournament is just the latest of sports loss amid bad leadership