LOS ANGELES — Winning at Riviera was always a dream for Max Homa since he first attended the PGA Tour event as a toddler. He never could have scripted a finish like Sunday at the Genesis Invitational.

Homa missed a 3-foot birdie putt on the 18th hole for the win. On the first playoff hole, he appeared to have no chance when his tee shot settled inches from a tree. He somehow escaped to extend the playoff, and won it on the next hole when hard-luck Tony Finau failed to save par from a bunker on the par-3 14th.

As much of a heartbreak as it was for Finau — his 10th runner-up finish worldwide since his lone victory in the Puerto Rico Open five years ago — the emotion was too much for Homa.

He grew up 30 miles away in Valencia. He grew up idolizing Tiger Woods, the tournament host who presented him the trophy. He nearly threw it away with a 3-foot putt. And he walked off with his second PGA Tour victory.

“I’ve been watching this tournament my whole life,” Homa said, choking back tears before he said, “Wow. I didn’t think it would be like this. … The city of Champions — Dodgers, Lakers, me now. It’s a weird feeling.”

Homa not only closed with a 5-under 66, he also played the final 26 holes without a bogey.

This looked to be a storybook finish for Homa when Sam Burns, who had led from the opening round, ran into a string of bogeys on the back nine.

It came down to Homa and Finau, who saved par on the 18th for a 64, the low round of the weekend. Homa made a 6-foot birdie putt on the par-5 17th to tie for the lead, and he stuffed his approach on the 18th for what looked to be a sure birdie.

And then he missed.

“You’re not supposed to miss a 3-footer in front of Tiger Woods,” Homa said. “I saw him yesterday and was too scared to talk to him. But he’s forced to talk to me now.”

Worse yet was his tee shot on the 10th. Homa managed to hood a wedge and scoot it up the slope to the edge of the green, and with a front-left pin — typically the Saturday position, changed this year because of the wind — it left him 12 feet away. He narrowly missed. Finau, in great position, chipped to 7 feet and, with his shadow over the cup, hit it too weakly.

The victory allowed Homa to crack the top 50 in the world for the first time, making him eligible for the World Golf Championship next week and get him back to the Masters.

Burns closed with a 69 and missed the playoff by 1 shot.

Homa and Finau finished at 12-under 272 on a Riviera course that was fast, firm and bouncy all week, and was never more difficult than Saturday in 35 mph wind gusts that led to play being halted.

Dustin Johnson, the No. 1 player in golf, started the final round 2 shots behind and in the final group. He missed an easy birdie chance on the opening hole, and it never got much better. Johnson failed to make a run and fell back with careless bogeys along the back nine. He shot 72 and tied for eighth.

Burns steadied himself Sunday morning with two big par putts from the 10-foot range — on No. 14 to avoid a third straight bogey and on the 18th hole for a 74 that gave him a 2-shot lead.

The third round was completed Sunday morning because of a four-hour delay from wind so strong on a course so firm that the average score was 73.34, the highest ever for a weekend round at Riviera since the PGA Tour began keeping such statistics in 1983.

The final round was far more gentle, and Burns appeared to have control when he went out in 31, saved par with a 10-foot putt on No. 10 and kept everyone at least 2 shots behind.

But it flipped on the crucial stretch of Riviera, the 12th through the 15th holes, four of the five toughest scoring holes in the final round. Burns caught a break when his tee shot on No. 12 headed left and out of bounds, hit a tree and landed in the rough, though he made bogey. He dropped shots on the 14th and 15th holes and suddenly trailed for the first time since Thursday afternoon.

Needing a birdie on the final hole to join the playoff, he missed the fairway and went just over the green.

Jordan Spieth never got anything going, either. Coming off a pair of top-five finishes to turn his fortunes around, Spieth was 5 shots behind going into the final round and could manage only a 71 to tie for 15th. 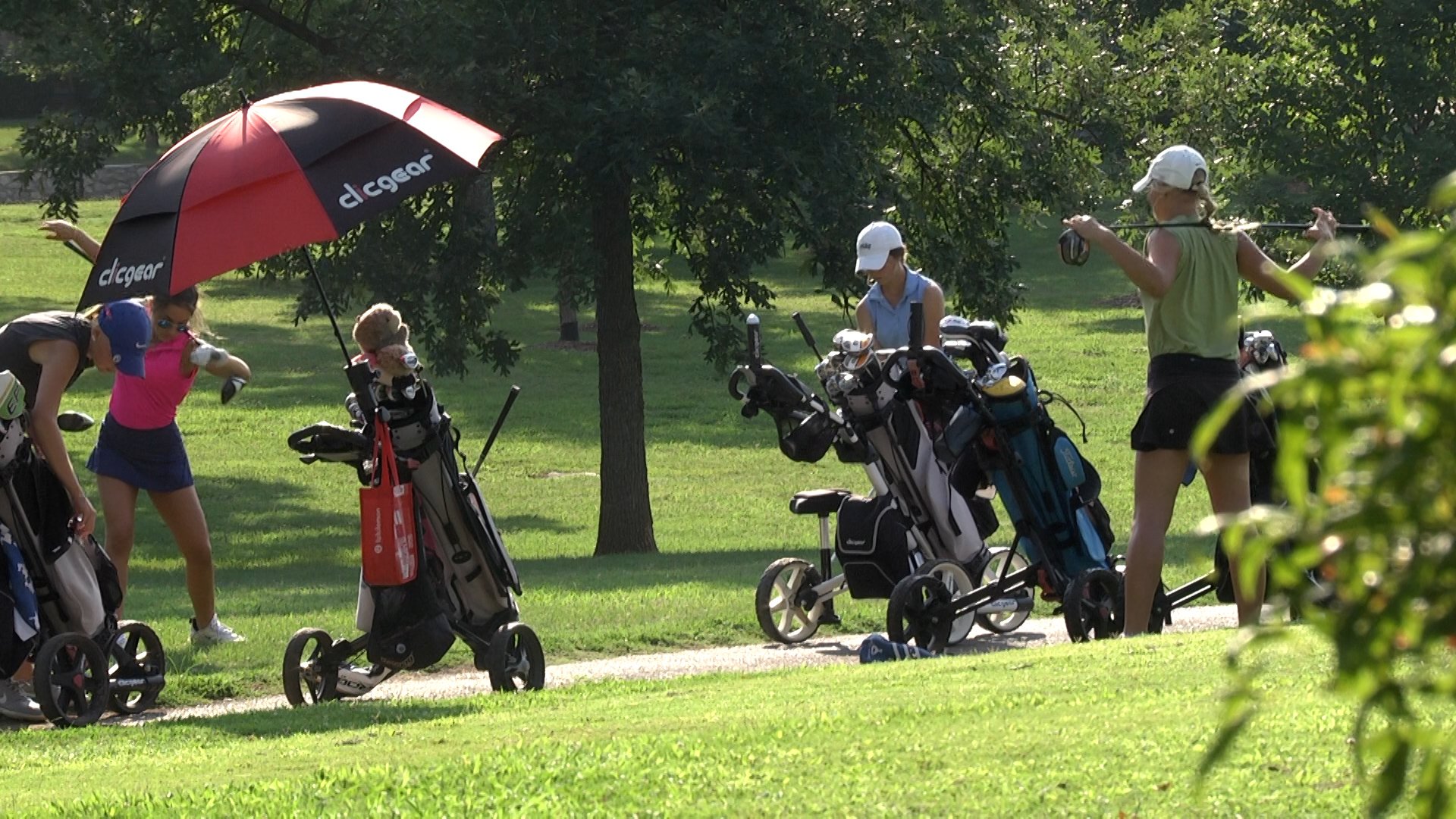 Robot testing: Which golf balls are best for controlling trajectory?