Matthew McConnaughey hints at plans to wrestle with WWE: ‘It is something that interests me’

Matthew McConaughey has hinted at plans to wrestle with WWE.

The 51-year-old Hollywood star is a lifelong fan of professional wrestling, and he suggested he could be looking to step into the ring himself in the future.

Speaking to Maria Menounos on her Better Together podcast, he teased: ‘I’ll say not too much because as you know, you can’t say too much about these things, but it is something that interests me.’

The Dallas Buyers Club actor was recently seen as part of WWE’s virtual audience cheering on champion Drew McIntyre as he defeated The Miz.

Referencing his appearance, WWE themselves wrote: ‘McConaughey was recently spotted in the WWE ThunderDome cheering on a Drew McIntyre victory.

‘Could his next encounter with the WWE Universe come inside the squared circle?’ 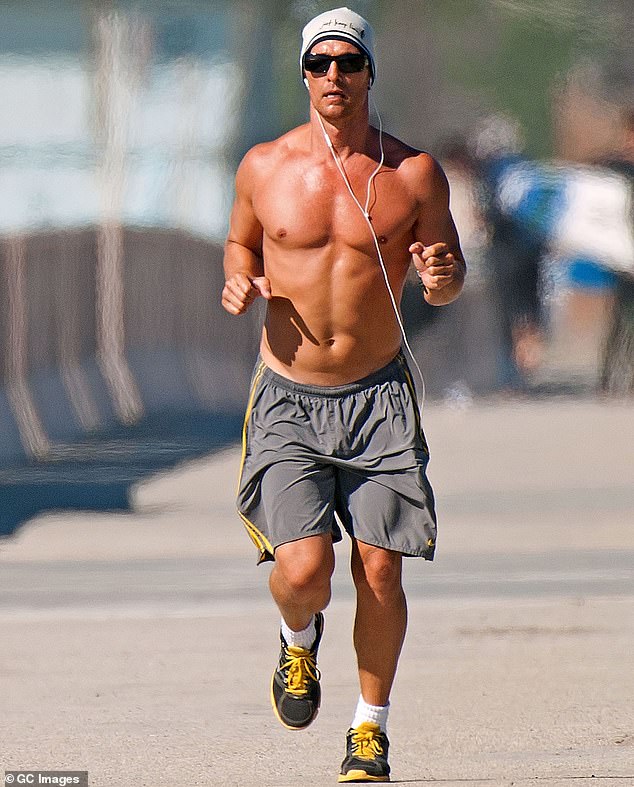 Hunk: The Oscar-winner is known for being fit and is seen enjoying a jog by the beach in Malibu back in 2011

And Matthew – who has kids Levi, 12, Vida, 10, and seven-year-old Livingston with his wife Camila Alves – revealed wrestling has become part of his family life now, with his children also getting hooked.

Recalling a conversation with wrestler-turned-actor Dwayne Johnson, he added: ‘The Rock was telling me his story, about his storyline from good guy to bad guy, and how he felt it click in one night while he was there like “Oh I just hooked him.”‘

He added: ‘And I love the suspension [of] disbelief that because my kids and I watch and they’re starting to get that when they go “Oh this is fake.”‘ 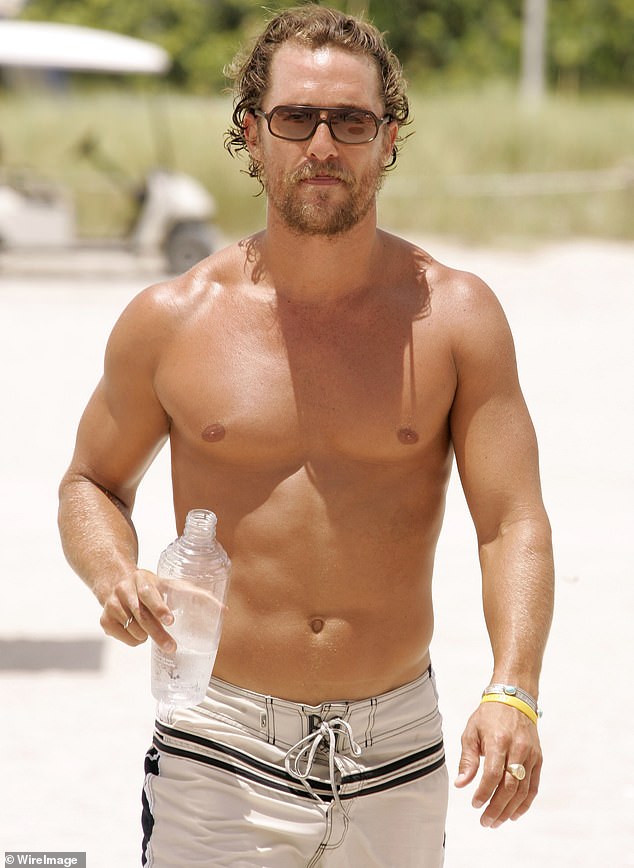 Close to home: He revealed wrestling has become part of his family life now, with his children also getting hooked; the beefcake is pictured in Miami in 2006

Meanwhile, he admitted: ‘I’m going: “What are you talking about? No way!”‘

Matthew shared: ‘So they’re gettin’ it, and that’s so much of the fun of it, it’s coming up this, this is real.’ 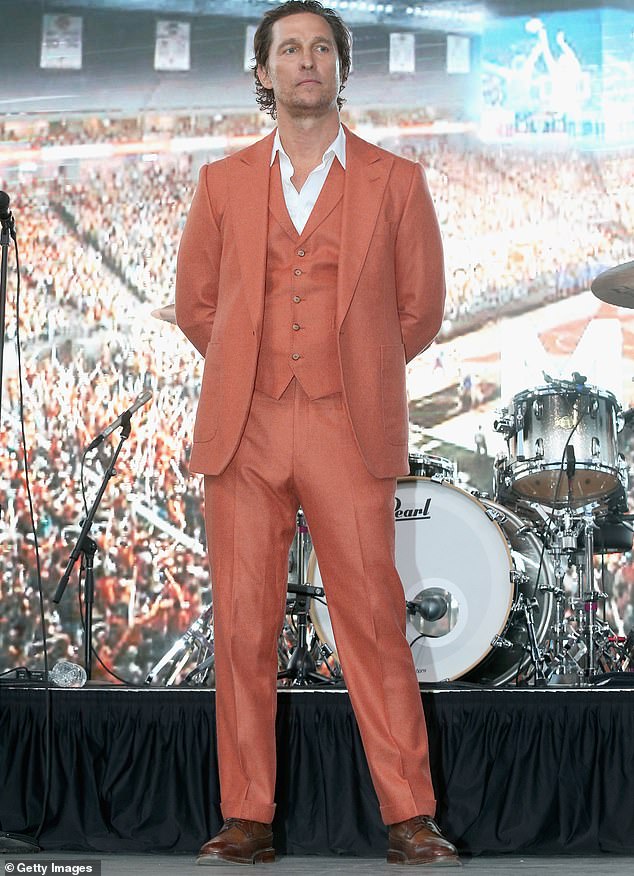 So stylish: Matthew McConaughey is pictured in 2019 at an event at the University Of Texas for which he is the Minister Of Culture