The 25th game of the Indian T20 League between Delhi and Kolkata will be played at the Narendra Modi Stadium in Ahmedabad on 29th April 2021.

Delhi started their Ahmedabad leg with a heart-breaking loss against Bangalore by one run. They have lost two matches and won four so far in the tournament. They will be up against a Kolkata team who have won their first match in Ahmedabad, against Punjab. Other than that, Kolkata hasn’t had the best season, winning only two of their six matches played so far.

Having said that, Delhi have a pretty confident side, which will know that they had an unlucky day on the field and can come back strongly against a Kolkata team that looks slightly out of sorts. For the Eoin Morgan-led team, it will be quite crucial to turn up stronger than they were at the start of the season and get a win under their belt, else they might find the season slipping away from them. It is also worth noting that Kolkata has a good record against Delhi, having won 14 matches against them, while they have lost only 11 to them.

Captaincy picks for DEL vs KOL

The left-handed opening batsman might not have played a good knock in the previous match, but he would certainly be able to bounce back as we have seen him do in the past and earlier this season. He is the leading run-getter of the tournament, having scored 265 runs from six innings.

Rahul Tripathi has shown his positivity with the bat so far in this tournament. In the six matches he has played so far, he has been able to score 168 runs with a strike rate of around 139. He is a busy player and gets off strike quickly, which gradually helps him to pick up pace. Tripathi scored 41 runs in the previous game. 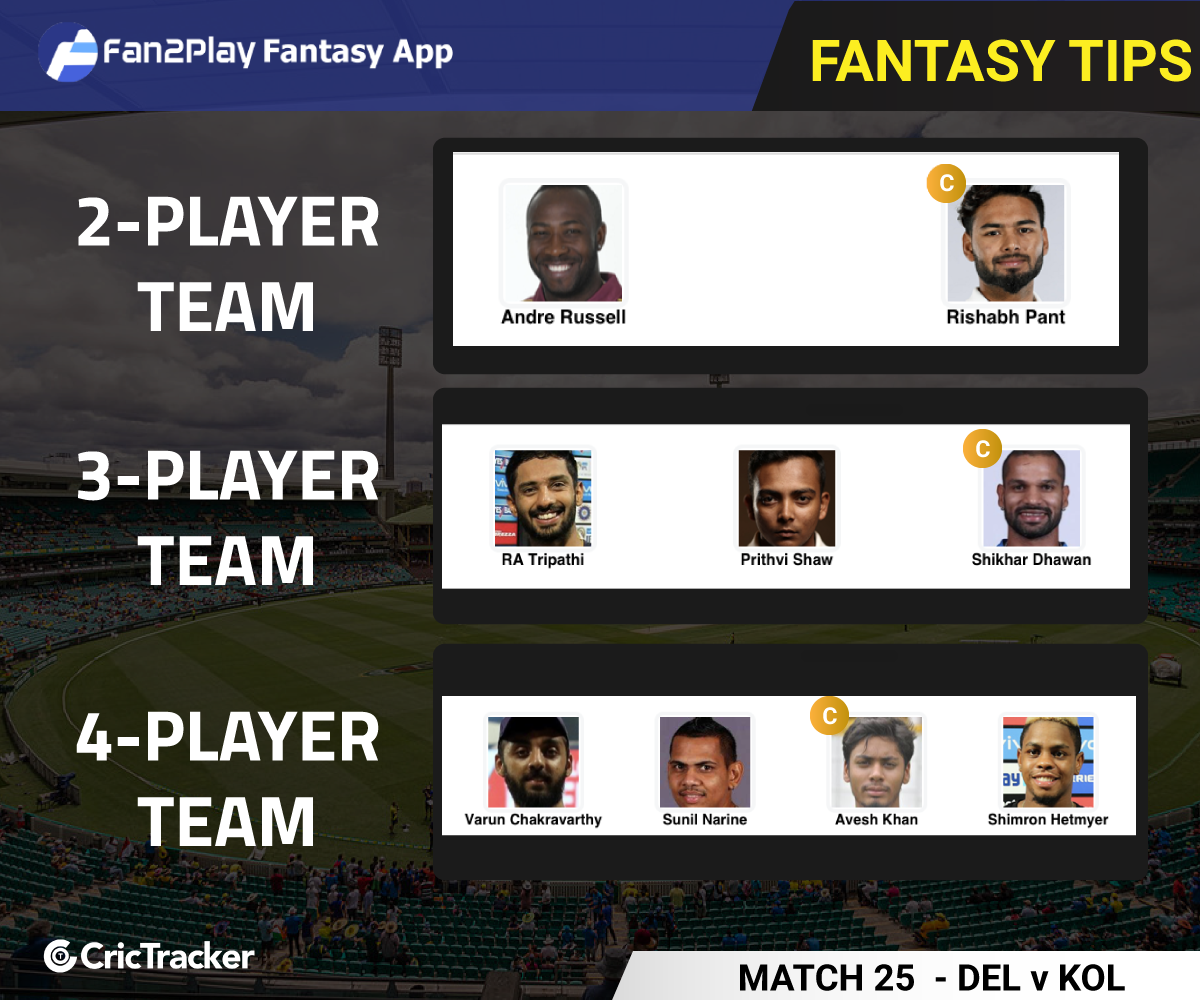 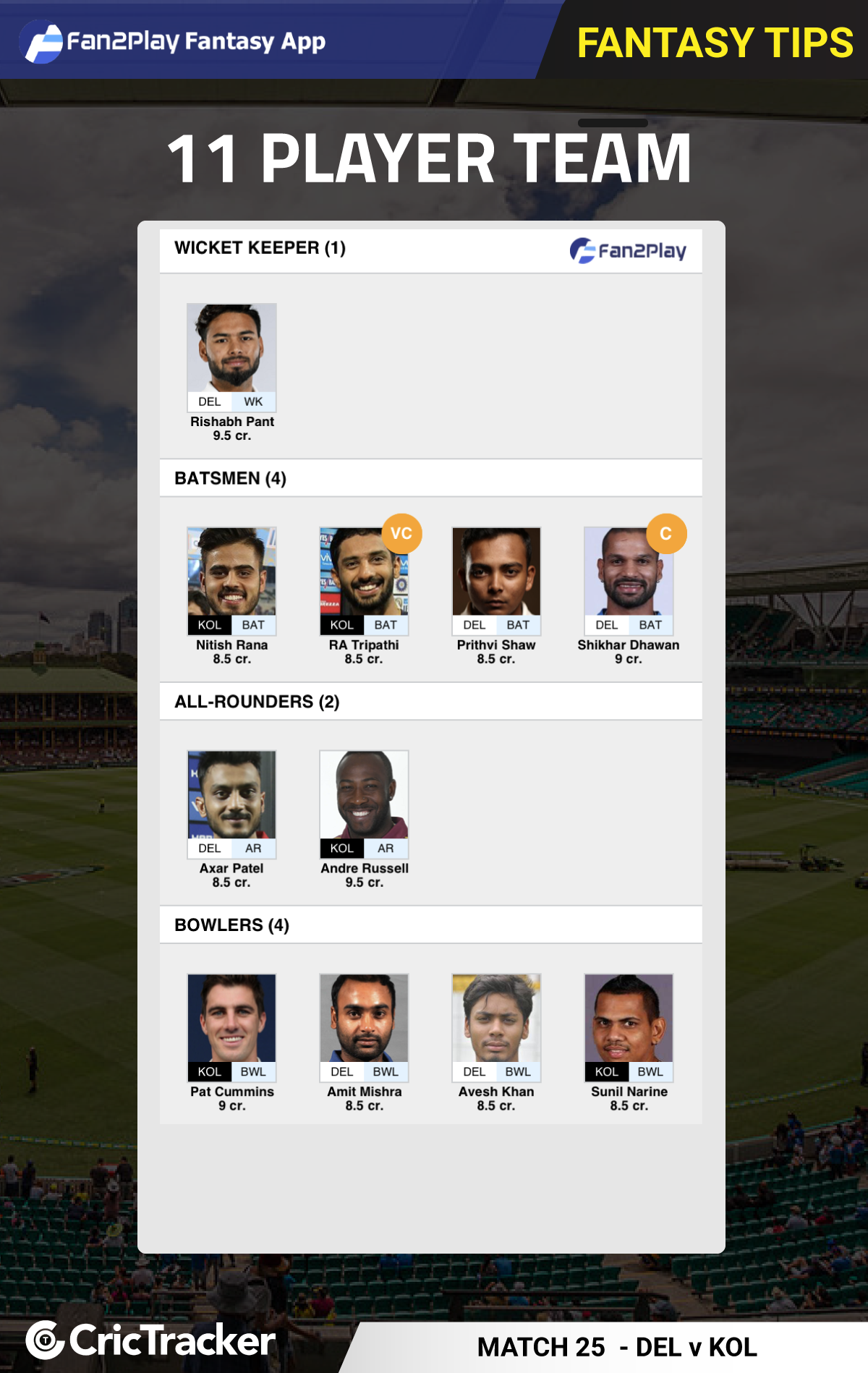