Chennai are the overwhelming favourites to win this match.

The 23rd game of the Indian T20 League between Chennai and Hyderabad will be played at the Arun Jaitley Stadium in Delhi on 28th April 2021.

The wicket in Delhi is generally good for batting and has often produced high-scoring matches. Both the two teams have played on this track before, but in 2019 and not since then. Having said that, Chennai will start as the favourites on two grounds, one is their current form. They have won four back to back matches before this game. Another thing that favours them is the past record. In head-to-head matches, Hyderabad has won four matches only while Chennai has beaten them 10 times. With the odds so heavily favouring one team, this team is still expected to produce a good result.

Captaincy picks for CHE vs HYD

The way the star all-rounder played in the previous match, it seems quite unlikely that he will get dropped from anyone’s fantasy team. He scored 62 runs from 28 balls in the previous match before taking three wickets and completely turning the match on its head. It should also be noted that he inflected a runout.

The left-handed batsman opening batsman has a good record against Chennai, even though he hasn’t had the best of the seasons. Whenever he plays well, there is a sense of solidity in the Hyderabad line-up. With that being said, Warner has two half-centuries against Chennai, the last time the tournament was played in India. 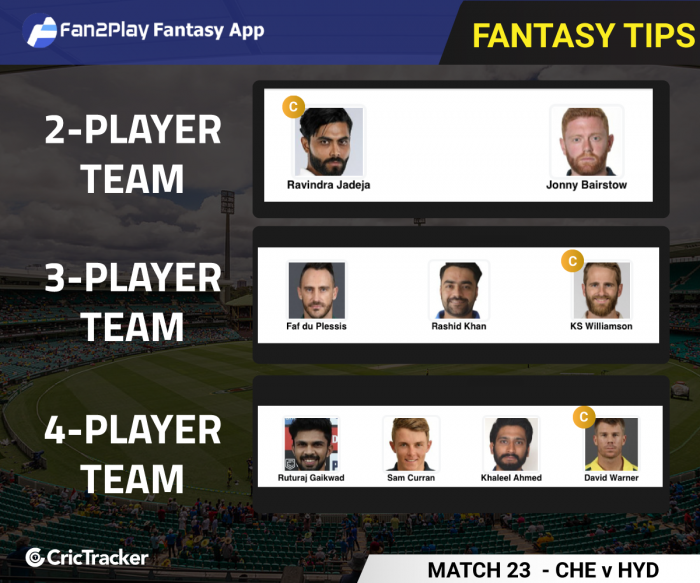 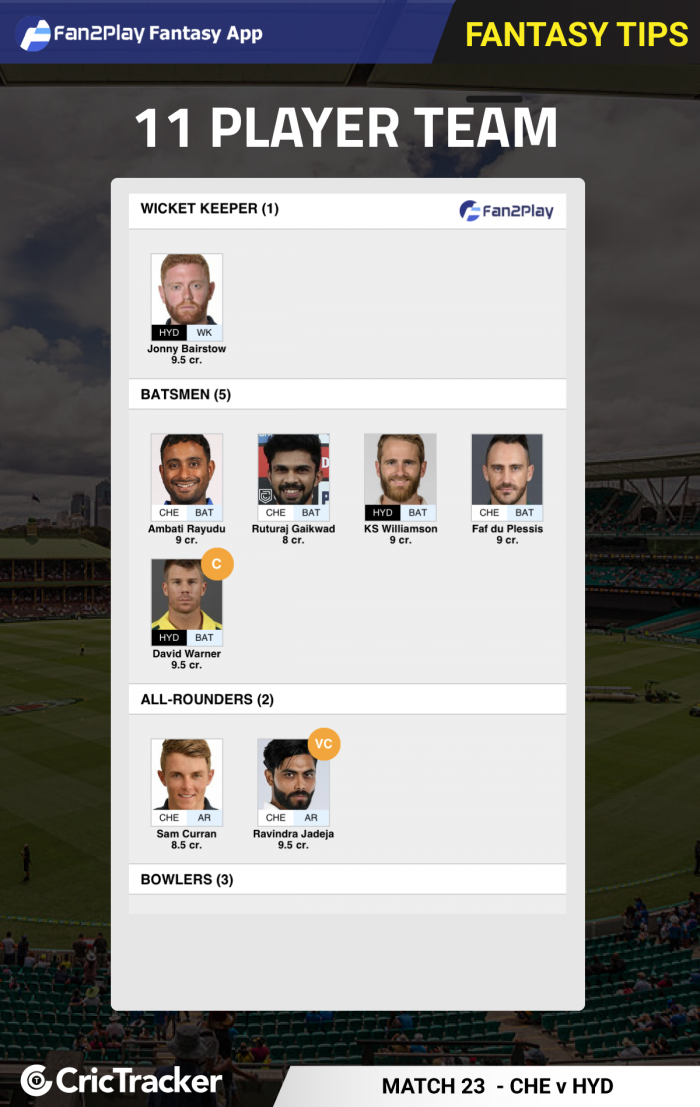 Today in Sports May 15: From cricket to football to tennis and WWE, check full fixtures and timings …