At 13, the precocious Manas Dhamne has already lost nearly a year of tennis to the coronavirus pandemic. Yet, the boy is striding forward with the opportunities available in the global arena.

Even as he was making waves in the domestic age-group tournaments — winning loads of them — Manas got the acknowledgement he deserved when he won the Eddie Herr under-12 title at the IMG Academy in Bradenton, Florida, in December 2019. With players from about 90 countries, the tournament was easily the best indicator of future stars — and Manas made the doubles final too to assert his all-round skills and staying ability.

By winning bronze at the prestigious junior Orange Bowl in 2019, Manas further strengthened the belief that he is special and needs to be groomed diligently for the future.

As tennis opened up for the juniors after many months of inaction, Manas qualified for and made it to the quarterfinals and semifinals of the first two international under-18 tournaments in Delhi and Gurugram, losing both times to top seed Nishant Dabas. Later, in Kathmandu, Manas qualified and reached the pre-quarterfinals.

These were Manas’s first three ITF junior tournaments, where he gained the experience of 18 matches in three weeks and took his ranking close to the top 500 in the world.

For his age, Manas has already had many mentors. Luckily, they all have taken him forward in his tennis career.

Manas joined Sandeep Kirtane, one of the best coaches in the country, at his academy in Pune in January 2018, after the boy had worked with Ravindra Pande at the city’s Club Solaris from the age of five. That May, Manas won the national under-12 title.

“Manas has always been a standout talent, not just in his results, but his overall approach towards the game. He is a child prodigy, always winning higher age groups. I had already heard a lot about him when I first saw him at the Deccan Gymkhana in 2017,” said Kirtane.

“Manas is a very steady player with a superb double-fisted backhand. He is very consistent in his shot-making. He has a very sound temperament and that is one of his big assets. He is a superb talent and has to work hard on fitness and staying healthy,” he added.

“Manas is extremely talented. He is very smart and has terrific ball sense. He has a lot of maturity in the way he puts the point together, and in the manner he finds a way to win,” said Namita Bal (centre), who was the coach for the Indian team during the Asian leg of the Les Petits As event in Bali, Indonesia, which won Manas a ticket to France for later this year.   –  Special Arrangement

Hoping to step up his tennis further, Manas moved to Aditya Madkekar and Kaifi Afzal at the Adar Poonawalla Maharashtra Tennis Academy after 10 months of training with Kirtane. But before starting on the ITF juniors, Manas trained with Kirtane for a month to get ready for the tough grind of the under-18 circuit.

A month before he made the world take note, coach Namita Bal made some observations about Manas after seeing him compete in the Asian leg of the premier Les Petits As event, which won him a ticket to France for later this year.

“Manas is extremely talented. He is very smart and has terrific ball sense. He has a lot of maturity in the way he puts the point together, and in the manner he finds a way to win,” said Bal, who was the coach for the Indian team during the event in Bali, Indonesia. “He is very focused and disciplined. He likes to hit the ball early and use the opponent’s pace. He makes full use of everything he has got.”


Federer excited to return to competition in Doha

Once IMG noticed Manas’s potential in Florida, it promptly took over the responsibility of guiding and shaping his tennis career. It was decided that he would be based in Europe under the tutelage of renowned coach Riccardo Piatti, who has worked with top players such as world No. 1 Novak Djokovic and former top-10 players Ivan Ljubicic, Richard Gasquet and Milos Raonic.

Ljubicic — who won a bronze medal in doubles for Croatia with Mario Ancic at the 2004 Athens Olympics, defeating Leander Paes and Mahesh Bhupathi in a 7-6 (5), 4-6, 16-14 marathon — is nowadays better known for his presence in Roger Federer’s camp. Ljubicic joined Piatti when he was 20 and was ranked 954 in the world. He eventually reached a career high of No. 3 in singles in his 15-year-old association with the coach.

Piatti worked with Djokovic when he was 18, and they parted ways only because Piatti could not be his full-time coach. Once IMG noticed Manas’s potential in Florida, it promptly took over the responsibility of guiding and shaping his tennis career. It was decided that he would be based in Europe under the tutelage of renowned coach Riccardo Piatti, who has worked with top players such as world No. 1 Novak Djokovic and former top-10 players Ivan Ljubicic, Richard Gasquet and Milos Raonic.   –  Kamesh Srinivasan

With such a guru, Manas’s talent is bound to prosper. The 13-year-old has already had a two-week stint with Piatti and has been getting ready for more in Europe, but getting a visa is not easy for someone of his age because of the global restrictions on travel during the Covid pandemic.

Kirtane is also quite impressed with the manner Manas’s parents have kept him “grounded” and supported him well. “Manas is a very special talent. He needs to always focus on development. Even though he should not be worried about the results and the junior rankings, he should aim to do well in the junior Grand Slams and even try to win it,” he said, adding, “I think Manas can go very far in the international scene.”

“Manas has a god-gifted talent. He plays with intensity and a lot of thought. We have been supporting his travel,” said Sunder Iyer, the secretary of the Maharashtra Tennis Association. “The boy likes the game and wants to play. Hopefully, things will work for him,” he said, crediting Manas’s parents for their vision.

Manas is growing strong physically and mentally, ready to take on the world. That is a good sign for Indian tennis. 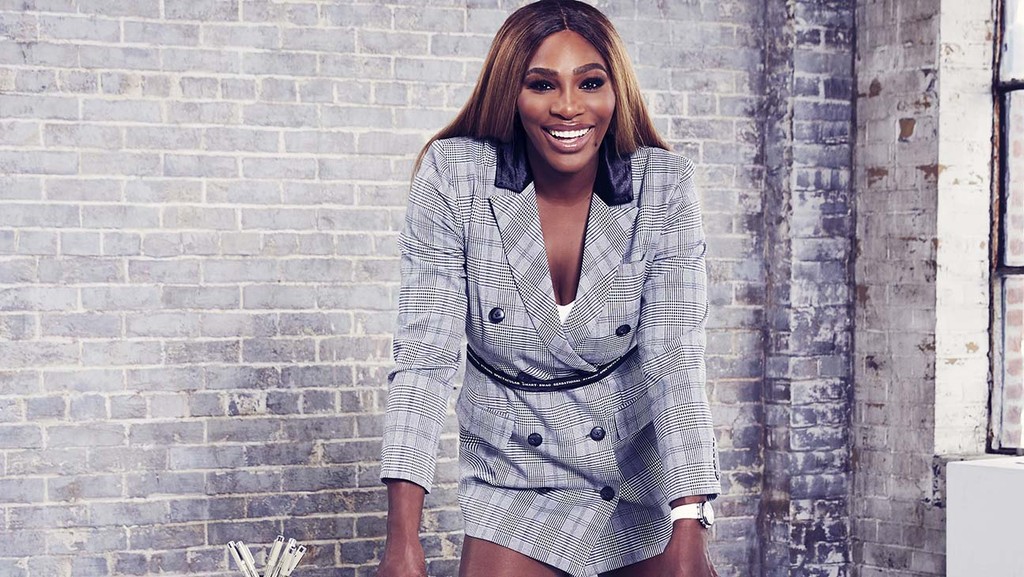 Serena Williams Docuseries to Follow Tennis Champ On and Off Court