The NFL continues to get ready for what already has been and should continue to be a fascinating and exciting offseason. While Monday Night Football is on hiatus for a few months, the DraftKings Dream Stream is ready to roll with another full day of six Madden sims, including three games on the featured classic slate that kicks off at 6:00 p.m. ET this Monday. The first matchup on that slate is the San Francisco 49ers headed to virtual Heinz Field to take on the Pittsburgh Steelers in a matchup of two solid defenses. At 8:00 p.m. ET in primetime, the Seattle Seahawks host the Denver Broncos in one of the few matchups we have yet to see in Madden 21, and we close out the night with a matchup between the Minnesota Vikings and the Buffalo Bills in virtual upstate New York.

As in all these Madden sims, it’s important to know that each roster is not impacted by COVID-19 opt-outs, injuries, suspensions or illness and that the highest-rated options have been placed at the top of the depth charts. The roster for each team includes all player movement that occurred prior to Week 1 of this season and uses the Madden 21 ratings from Week 1 of this season.

For more details, you can find the game settings, depth charts, abilities and X-factors for each team in Madden 21 along with the upcoming schedule on the Madden Stream info page. There were a few tweaks to the X-factors and Superstars in the latest December update, so be sure to check the depth charts of each team.

Check out the daily DraftKings Madden Stream contests lobby with paid contests for real cash prizes now available alongside free contests. Each simulation will be played out computer vs. computer via an online Madden Stream using Madden 21. In this format, you can enjoy watching the game stream on the DraftKings YouTube channel, the DK Live app (download here) or right here in this post.

Josh Allen, Buffalo Bills vs. Minnesota Vikings, $6,900 — There are two stud QBs to choose from on this slate, and given their recent track records, I’m leaning toward Allen over Russell Wilson ($7,300). Allen gets a good matchup against the Vikings, who he averaged 19.6 DKFP against in his two previous Madden sims, and he has been playing well since getting a boost to his superstar traits in the December update from EA Sports. Allen has produced over 17 DKFP in 12 straight sims, averaging 21.4 DKFP per contest over that span. In contrast, Wilson has been held under 15 DKFP in six of his past seven sims. While both come with a high ceiling, Allen makes more sense at this nice salary in a favorable matchup.

Jimmy Garoppolo, San Francisco 49ers at Pittsburgh Steelers, $6,000 — Outside of those two elite options, there aren’t really any options that inspire much confidence in the QB pool for this slate. Jimmy G does have some upside, though, and has been boom-or-bust in these Madden sims. He has thrown 54 touchdowns in 43 sims including at least one score in six straight sims with a total of nine during that span. The two best games during that run were against the Falcons, who he beat for 23.4 DKFP and 24.92 DKFP. The Steelers are a much more formidable foe, but they can be beaten by speed routes. Garoppolo and the 49ers won their first sim against Pittsburgh, 13-7, but the QB only managed 13.32 DKFP. He needs multiple passing touchdowns to be a good play since he doesn’t add much rushing production, but I think there’s a solid chance he can beat the San Francisco secondary either with George Kittle ($5,300) over the middle or a speed route from Deebo Samuel ($5,300) out of the slot.

Dalvin Cook, Minnesota Vikings at Buffalo Bills, $8,000 — While the Bills have an elite secondary in Madden 21, they have been beatable by opposing RBs, which sets up well for Cook to produce another big game. The X-factor superstar has totaled 50 touchdowns in his 42 sims while averaging 90.8 rushing yards and 33.0 receiving yards per sim. He averages a solid 3.9 catches per contest as well, giving him a PPR safety net and also increasing his ceiling a little bit. He had nine catches for 63 yards on his way to 29.6 DKFP in his first Madden 21 sim against the Bills and also posted 18.3 DKFP in the rematch. The Vikings usually build their whole gameplan around Cook, and he should be in for heavy usage once again in this matchup. He is the most expensive play on the slate, but he offers too high a ceiling to pass him up.

Carlos Hyde, Seattle Seahawks vs. Denver Broncos, $4,000 — Usually power backs are only good fantasy options if they vulture a touchdown or have another role in addition to their goal-line duties, but Hyde has been very involved in the Seahawks’ sims in Madden 21 since they run so many plays out of power formations, even getting him involved in the passing game on a regular basis. Hyde has averaged 2.4 catches for 19.4 yards in addition to his 13.4 rushing yards per sim, and he has found the end zone 10 times in his 39 contests. He has at least 5.0 DKFP in three straight sims and hit for double digits against the Panthers, Jets, Browns and Vikings over his past nine sims. There is a risk that his involvement is too limited against the Broncos, but at only $4K, he’s a great play to save salary while still getting some production in addition to the ability to spend more in other spots.

JuJu Smith-Schuster, Pittsburgh Steelers vs. San Francisco 49ers, $6,400 — Smith-Schuester is one of several WR1s in Madden 21 that get most of their work out of the slot receiver spot. He has been regularly involved in these sims, although he hasn’t hit for monster games quite as often as he did in Madden 2020 due to a decline in QB play from Ben Roethlisberger ($6,300). JuJu is still the safest stud play at WR on this slate, though, due to his steady PPR production. He has averaged 5.1 catches per contest and has at least four catches in nine straight sims, including seven games with double-digit DKFP. He had six catches for 66 yards and 12.6 DKFP in his first matchup with the 49ers and moving into the slot should help him avoid too much coverage from X-factor superstar Richard Sherman.

Deebo Samuel, San Francisco 49ers at Pittsburgh Steelers, $5,300 — Samuel is another WR1 who works out of the slot and gets plenty of targets as a result. He has averaged 4.2 catches for 55.8 yards per sim and found the end zone 12 times in 42 contests. Even though he hasn’t scored as many touchdowns as JuJu has, Samuel has reached over 9.0 DKFP in four straight and had 11.2 DKFP the last time he went head-to-head with the Steelers. He isn’t quite the stud that Smith-Schuster is, but he is a solid mid-range option that comes with good upside and relatively low risk.

John Brown, Buffalo Bills vs. Minnesota Vikings, $4,200 — The Bills’ WR2 is very cheap on this slate, but he does bring a high ceiling due to his speed and potential deep-threat ability against the Vikings. Brown has at least three catches in seven of his past eight sims and would hit 100 total receptions in Madden 21 if he gets three catches in this contest. He is averaging 2.4 catches for 31.7 yards per sim but has been better than that recently due to Allen’s upgrades. Brown can be hit-or-miss but it’s hard to pass him up at barely over $4K since I think the Bills will put up a good amount of points against the Vikings in the nightcap.

Eric Ebron, Pittsburgh Steelers vs. San Francisco 49ers, $5,000 — Ebron has caught a touchdown in each of his two most recent sims and is now up to a team-high 20 receiving touchdowns in his 43 Madden 21 sims. Ebron had 10.4 DKFP in his previous matchup with San Francisco and has hit for double-digit DKFP in 10 of his past 12 contests. He should be able to offer around that much in his matchup as well, and I think he’s slightly more reliable than George Kittle ($5,300) due to the matchup Kittle will have with Minkah Fitzpatrick.

Noah Fant, Denver Broncos at Seattle Seahawks, $4,000 — Seattle’s defense is great at forcing turnovers and making big plays, but it has also been beatable by opposing TEs. Fant has been very boom-or-bust, but he has the big-play speed to go off with a huge contest, as he did with 33.7 DKFP back in the Madden Holiday Season. He hasn’t had a monster game like that recently, but he has had at least four catches in nine of his past 11 games, so the potential is there. He’s riskier than Ebron or Kittle but has a similar ceiling in this matchup.

Seahawks DST vs. Denver Broncos, $3,300 — Seattle’s defense has been on another level throughout these Madden 21 sims, posting 7.6 DKFP per contest. In 44 sims, the Seahawks have scored nine defensive touchdowns while forcing 46 turnovers and piling up exactly 100 sacks. The Seahawks haven’t faced the Broncos yet in Madden 21, but they should be able to attack Drew Lock ($5,400) and force him into mistakes.

Steelers DST vs. San Francisco 49ers, $3,100 — The Steelers don’t have J.J. Watt (yet), but they do have his brother T.J., who is an X-factor Superstar that brings plenty of pressure. The Steelers’ defense has forced 33 turnovers in 43 sims while scoring seven defensive touchdowns and compiling 88 sacks. The Steelers don’t have quite the track record of success that the Seahawks have, but they have been one of the second tier defenses in these sims and can be a solid pivot if you’re trying to differentiate your lineup from the chalk.

Philadelphia Flyers will not practice Monday per NHL advice 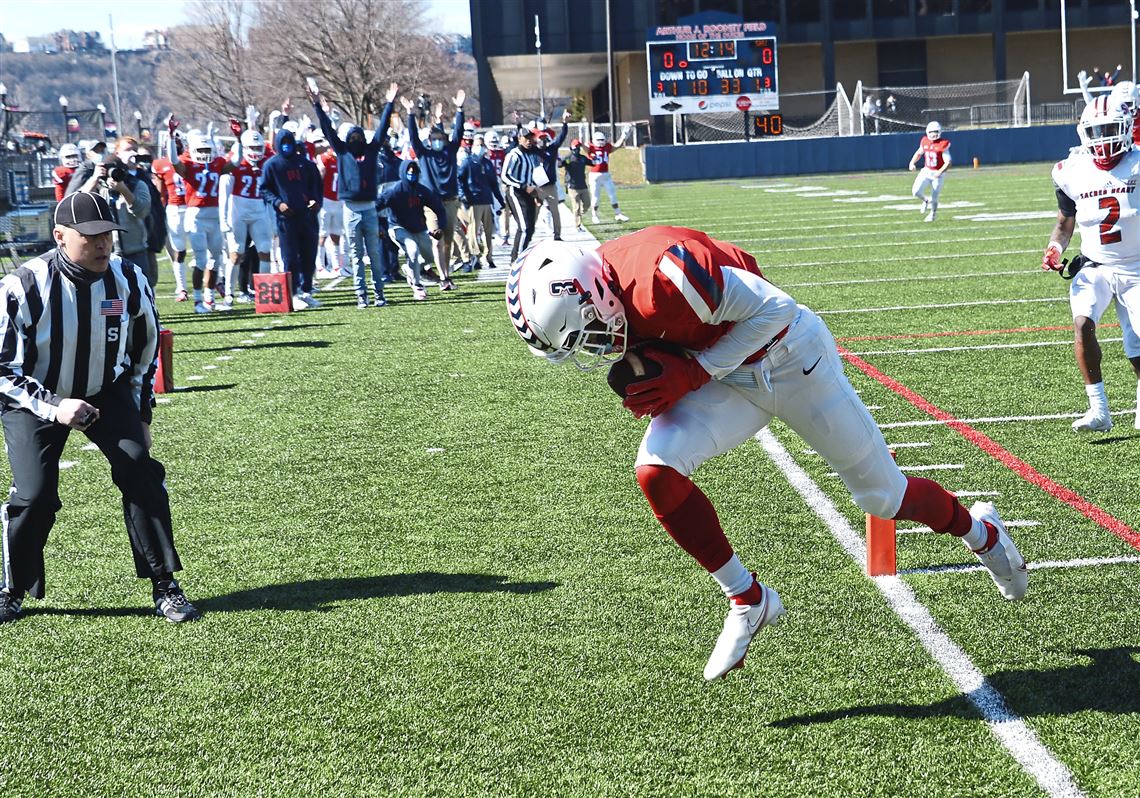 Rangers Football Club on Twitter: " We Are Rangers We Are Champions #Champion55… "