LOUISVILLE, Ky. – The season for the Louisville men’s basketball program might have ended less than a month ago, but there have been so many moving parts since then, that it’s time to take yet another look at how the 2021-22 roster could shake out for the Cardinals.

Between players moving on to the next step in their respective careers, recruits donning the red & black for the first time, as well as potential transfer targets between now and opening tip-off, Team 108 is far from set in stone.

So far this offseason, Louisville has lost two players to the transfer portal. Sophomore forward Aidan Igiehon entered his name in the portal the day after Selection Sunday, later committing to Grand Canyon, and sophomore guard Josh Nickelberry did so as well on Thursday.

Following the news that Louisville would not be renewing the contract of assistant coach Dino Gaudio, guard Bobby Pettiford and forward Eric Van Der Heijden, high school signees where Gaudio was their lead recruiter, asked to be released from their National Letters of Intent – both of which were granted.

Not only that, but graduate transfer guard Charles Minlend, who had been limited all year due to a knee injury suffered in the preseason, confirmed that he would indeed not be taking advantage of the extra year granted by the NCAA across the sport, thus ending his career at Louisville.

That being said, Louisville has also received some good news. Senior forward/center Malik Williams, who also had the opportunity to return, chose to come back for one final year as a Cardinal. His roommate, graduate transfer guard Carlik Jones, has yet to make a decision. For the purposes of this piece, he will be included for the time being.

Sophomore guard David Johnson is a player who could wind up departing for the NBA, but could easily come back considering the slump he had in the second half of the season. Mack is not sure if he will stay or leave, but he at least expects him to enter his name in the name process to get feedback.

Regardless of who else decides to stay or return, Louisville has been very active in the transfer portal, already having landed two transfers. Freshman forward Matt Cross officially signed with the Cardinals in mid March after parting ways with Miami in late January, as did Marshall graduate transfer guard Jarrod West earlier this week.

Not to mention that Louisville is still welcoming three signees from the Class of 2021. JUCO point guard El Ellis, wing Michael James and center Roosevelt Wheeler all remain rock solid in their commitments to the Cardinals, even after the coaching staff shakeup.

Starting next season, Louisville’s scholarship reduction will no longer apply, and they will be back to a 13-man scholarship roster. When not taking into account the two players that don’t count against the limit, the Cardinals are still at 12 scholarship players, meaning they can welcome one transfer with their current roster.

Given all that we know now about the current state of Louisville’s roster, below is an early look into what the depth chart next year could look like:

*Mobile users can scroll left & right on the table*

**Does not count against 13-man scholarship limit

If Carlik Jones does decided to come back, he is unquestionably the starting point guard. He was named First Team All-ACC, finished tied for second in ACC Player of the Year voting, and received an honorable AP All-American mention. Jarrod West is a great backup option for Louisville, and would still be a good starter thanks to his ball distribution, defense and shooting. That being said, point guard is the thinnest spot on the roster as of this moment.

The starting off ball guard is another spot for Louisville that could be in flux. David Johnson currently has that spot locked up, but that could change if he leaves for the league. If he does depart, El Ellis will still be a solid option to be the starting two guard, as he is having a stellar sophomore season in the JUCO ranks. Dre Davis is listed here by default due to the depth at small forward, but with his versatility, he could play either the two guard or on the wing.

Louisville starts to get more quality depth at small forward. Samuell Williamson was able to overcome a disappointing freshman year and inconsistent first half of his sophomore season to average 11.3 points and 11.0 rebounds in the final six games. Matt Cross will be able to give Louisville some much needed three-point shooting, as he shot 40.0% in his freshman year at Miami, and Michael James’ motor will help the Cardinals with their struggles to maintain effort.

Power forward is another spot on the roster where there is solid depth. Jae’Lyn Withers’ redshirt year allowed him to have a great year that landed him on the All-ACC Freshman Team, and played phenomenally when he was at his natural position. Both Quinn Slazinski and JJ Traynor played solid minutes when inserted, particularly Slazinski, whose effort was praised by Mack even started a few games when Williamson’s effort was dipping.

At the five spot, we have a few questions, with the first one revolving around Malik Williams. While his return provides an invaluable defensive presence in the paint, one that was sorely missed in 2020-21, one can’t help but wonder if he can stay healthy Gabe Wiznitzer was decent at times, but will need a good offseason in order to take the next step. With Roosevelt Wheeler, you just hope that his Achilles injury sustained in his senior year in high school won’t have a negative impact in his collegiate career. 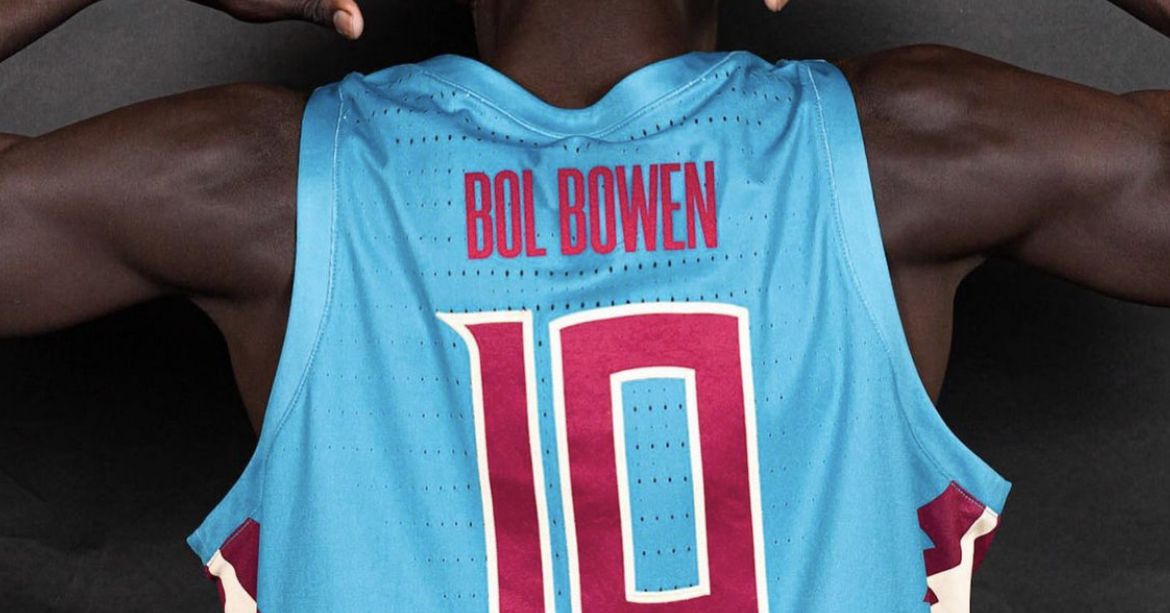