It’ll be a power-packed field for the first-ever LaGrange Toyota Granger Classic.

The three-day golf tournament that will be held at Callaway Gardens and Highland Country Club will feature elite golf teams from across the state.

The tournament is being hosted by LaGrange High, and head coach Ben Thrasher set out to attract as strong a field as possible.

“I looked at the 2019 state championship results, and everybody that finished in the top 10, we reached out to them, and say hey, are y’all interested in doing this,” Thrasher said. “Thankfully, a lot of them were. I wanted to try to get the best of the best.”

Among the participants is Johns Creek, which won the Class AAAAAA state championship in 2019.

Also in the field are Starr’s Mill, North Oconee and Brookstone, who all had second-place finishes at the 2019 state tournament, and Carrollton and Columbus finished third in their classifications.

The tournament will begin with 18 holes at the Lakeview course at Callaway Gardens on Thursday.

Following Thursday’s round, the teams will be divided into two flights, and all of the teams will play 18 more holes at the Callaway Gardens Mountain View course on Friday.

The tournament concludes at Highland Country Club on Saturday, and it will be a match-play format, with the top-four teams in each flight participating.

“It’s set up just like the NCAA tournament,” Thrasher said.

There are, in fact, quite a few players who will likely compete in the NCAA tournament down the road.

Johns Creek, which could be headed for a repeat state championship, has three college signees on its team, including Deven Patel (Virginia), Bruce Murphy (Tennessee) and Jack Wright (North Greenville).

Brookstone has an SEC signee in Bo Blanchard (Mississippi State), and Rome’s Hogan Ingram has signed with Georgia Southern.

“This is the best of the best,” Thrasher said.

Thrasher said this is the only 72-hole high-school tournament in Georgia, and having this event played on three different courses also sets it apart.

While the action will get under way around 3 p.m. on Thursday and Friday, the matches will kick off at 8 a.m. on Saturday.

Thrasher said anyone is welcome to attend the tournament and walk the grounds and watch the action.

Beyond the golf aspect of the tournament, Thrasher is also hoping to make the event a memorable all-around experience for the players.

With that in mind, a banquet will be held at Highland Country Club on Friday night.

“I want this to be a great tournament not just for the golf, but for the experience,” Thrasher said.

As for his team, Thrasher knows the Grangers aren’t ready to compete with the teams in the field, but he believes that will change in coming years.

“We’re not competitive right now, but we will be in the next couple of years,” Thrasher said. “We’ve got some really good young kids. The future’s bright for us.”

John Wright had the talent, but couldn’t follow Jackie Robinson to the Dodgers — The Undefeated

Heath Streak Gave Inside Information To The Indian Bookie During IPL 2018 As Kolkata Knight ... 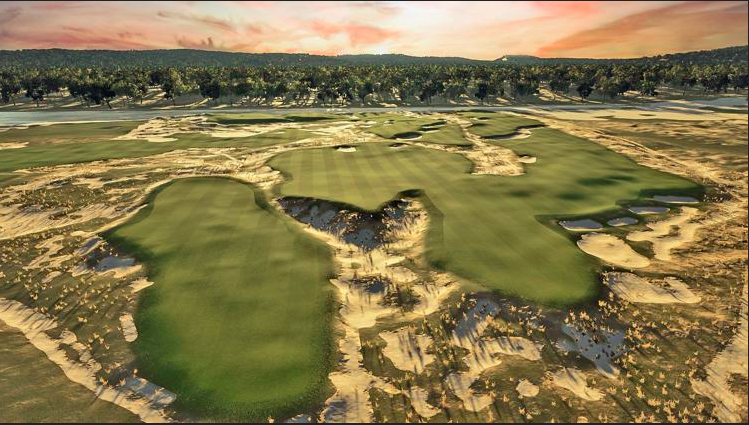