Jalaj Saxena will be the key bowler for Kerala who has bagged 8 wickets in four games.

The Elite E Group match of the Syed Mushtaq Ali Trophy 2021 will be played between Kerala and Haryana at Wankhede Stadium, Mumbai on Tuesday.

This match is scheduled to start at 12:00 PM Local Time and IST.

Both the teams are going to play their fifth game in the Syed Mushtaq Ali Trophy 2021. Talking about Kerala, they lost their previous encounter against Andhra as they failed to defend the total of 112 runs they posted on the board. Currently, Kerala is sitting at the 2nd position of the Elite E Group points table with 12 points in their bag.

One of the consistent teams of the league, Haryana is looking almost unstoppable at the moment. They have won all the four matches they played and are ruling the Elite E Group points table. It will be a difficult task for Kerala to beat in-form Haryana in the upcoming game.

The weather at Wankhede has remained brilliant for Cricket. Clear skies with the temperatures looming around 28 Degrees Celsius range are expected.

The pitch has enough in it for both the batters and bowlers. As the game progresses, it is expected to become slower and start assisting the spinners as well. Also, teams winning the toss will look to chase on this pitch.

182 (Out of the first three matches played at this venue)

Mohammed Azharuddeen has plundered 179 runs from four matches at an average of around 60.

Following him, Robin Uthappa has played some valuable knocks and scored 153 runs with a strike-rate of well above 140s.

Jalaj Saxena will be the key bowler for Kerala who has bagged 8 wickets in four games.

Shivam Chauhan didn’t score a single fifty but managed to get over 150 runs so far in the league.

Himanshu Rana will be the other batsman to be picked from Haryana. He has piled up 148 runs that he played at an average of around 50.

Jayant Yadav is expected to lead the bowling attack in the upcoming game against Kerala. The latter has plucked 7 wickets at an economy rate of well below 6 in four games. 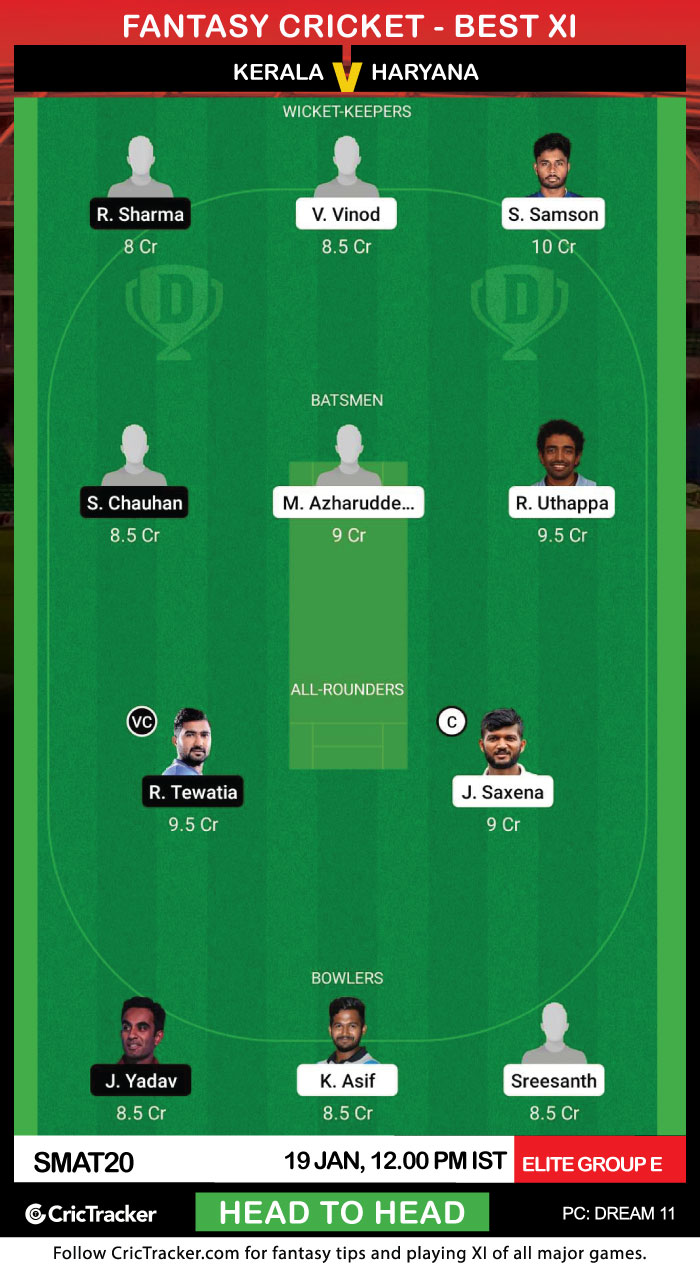 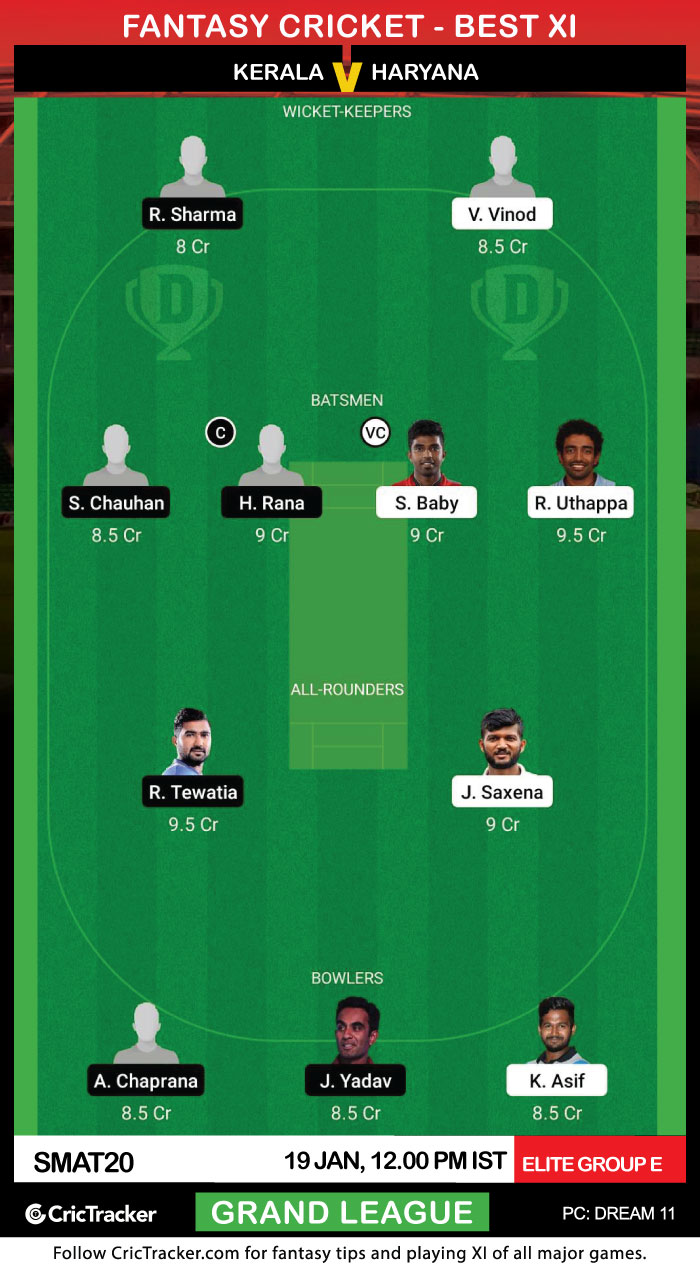 Sachin Baby is a talented player who can give Fantasy points with both the bat and ball. He will be a differential pick for Vice-captain and is expected to do well in this game as well.

Haryana are expected to win this match.