Although a mini-auction, the bidding war that unraveled on Thursday evening in Chennai was an exciting affair with record money being splurged, mostly on all-rounders. 291 players went under the hammer and 57 slots were filled with Kings XI Punjab and Royal Challengers Bangalore shelling out the most. Chris Morris became the most expensive player to be bought at an IPL auction with Rajasthan Royals paying INR 16.25 crore for the all-rounder while Krisnappa Gowtham became his uncapped counterpart with Chennai Super Kings picking him up for INR 9.25 crore. There were a few bizarre picks and few steals, but at the end of the five-hour-long event, here is how the eight teams stand ahead of the 14th season of IPL…

CSK, who came seventh in IPL 2020 with 12 points, the worst show in their 11-years of participation, headed to the auction with the aim to fill the gap left by the departing Shane Watson, besides looking for finger-spin options having parted ways with Piyush Chawla and Harbhajan Singh. Watson’s departure also meant that CSK were in search of a power-hitting batsman, most likely an overseas player, at the top of the batting order. 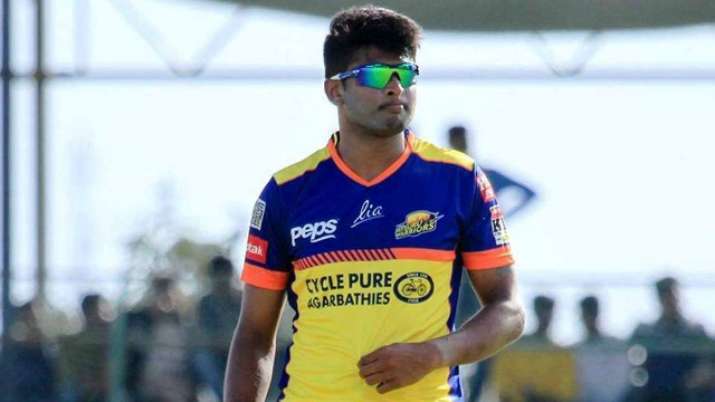 Hence, both Moeen Ali and Glenn Maxwell were on their radar along with Steve Smith, who is a good player of spin. And they did go the distance to rope in the latter two in the first round of the bidding war in Chennai, before managing to bag the English all-rounder. And then added Krishnappa Gowtham as well, another spin-bowling all-rounder with abilities to hit hard lower down the order.

The addition of Cheteshwar Pujara also shows that CSK have got a team ready for Chepauk, although it does seem bizarre to go after a player who hasn’t played T20 since 2019 and has a strike rate of just above 90 in his 30 IPL appearances, last being in 2014. Besides managing to buy two more spinners, both uncapped, they also picked up an opening option in C Hari Nishanth, who recently was part of Tamil Nadu’s team that reached the final in Syed Mushtaq Ali Trophy. [ALSO READ: Full list of sold and unsold players]

CSK seem to have covered all their bases with the two big buys they made to bolster the batting lineup, keeping mostly Chepauk conditions in consideration. 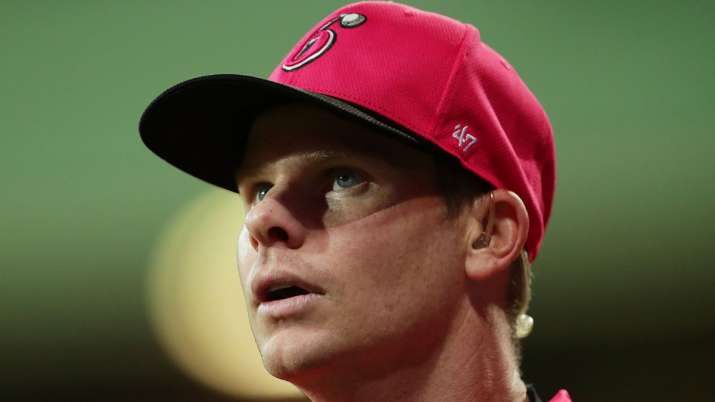 Having successfully reached playoffs in back-to-back seasons, en route to a final in IPL 2020, the Capitals retained most of their core players. But having parted ways with six players and trading two others off, Delhi needed backups for their ideal XI, most importantly of that of Rishabh Pant and Marcus Stoinis.

Delhi did rope in Vishnu Vinod, an Indian wicketkeeping option, and Sam Billings, his overseas counterpart as back-up for Pant, but they couldn’t get one for Stoinis, although Tom Curran did find a spot in the squad, who is more of lower-order bowling all-rounder. Delhi also managed to steal Steve Smith for just INR 2.2 crore, who will add to their leadership group and come in handy at the top of the batting lineup. [ALSO READ: Lucky to have Steve Smith so cheap, says Delhi Capitals assistant coach Kaif] 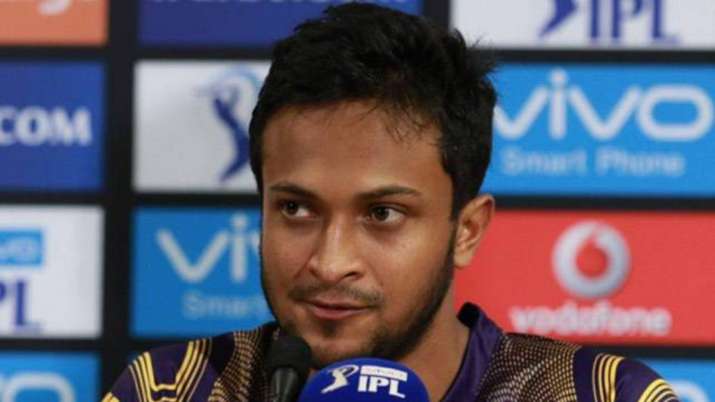 Their biggest buy at the auction was Shakib Al Hasan, getting the all-rounder back after seven years. He will act as back-up for Narine, as well as Russell, while providing batting depth in the middle order, alongside Ben Cutting, who was roped in during the penultimate round of bidding, at his base price. KKR also added the experienced Harbhajan to their list as another back-up spin option, while also getting Sheldon Jackson as an extra wicketkeeper.

However, they failed to bag an Indian seamer on board, where they have two uncapped Indian seamers in Kamlesh Nagarkoti and Prasidh Krishna.

With Lasith Malinga retired and Nathan Coulter-Nile, Mitchell McClenaghan, James Pattinson released, Mumbai Indians desperately needed overseas fast-bowling options. And probably one attacking spinner for the middle overs. But their bidding campaign got off to a sedated start having lost an opportunity to get Chris Morris and they eventually filled the gap with New Zealand quick Adam Milne before bringing back Coulter-Nile. They also added another all-rounder, Jimmy Neesham, to their squad and went after an uncapped overseas left-arm seamer in Marco Jansen. For the spin role, they roped in veteran Piyush Chawla. On paper, Mumbai have managed to find back-ups for their preferred XI, hence covering all bases ahead of their title-defending season.

With the smallest purse (INR 10.75 crore) and just four slots to fill, one of which was for an overseas player, SRH had little to fret upon heading to the auction in Chennai. And thus remained quiet for a major part of the bidding campaign on Thursday. The only area of their concern was finding an experienced Indian middle-order batsman, lack of which has hurt them immensely in finding the right balance throughout the last two seasons. There was only one such player up for grabs and SRH pounced on it, managing to get Kedar Jadhav at his base price of INR 2 crore. They also managed to get Rashid Khan’s compatriot, Mujeeb Ur Rahman, onboard, at his base price, implying strong back-up options to their first XI, although it is highly doubtful if the youngster might get a game over the former’s preference when another Afghanistan player, Mohammad Nabi went without a game last season. But if the pitches call for spinners, SRH do have the opportunity to go with two of their Afghan players. SRH also managed to get another middle-order Indian all-rounder in Jagadeesha Suchith.

With a purse of INR 53.20 crore, Punjab Kings were the busiest franchise on Thursday, buying as many as nine players. Having a mostly strong Indian core, they were particularly in search of overseas all-rounders, finger spinners and Indian seam bowling options. KXIP picked three all-rounders in Moises Henriques, Jalaj Saxena and Fabian Allen, with the latter two also being off-spinners, and strengthened their pace-bowling department, where they particularly struggled in the previous season (death-bowling to be specific), with the addition, Jhye Richardson and Riley Meredith. However, they could not manage to get a back-up Indian quick on board. Nevertheless, Punjab Kings look very strong on paper – add Allen to the batting lineup, replace one of the leggies to Jalaj and they have seven batters in the lineup, and then replace Chris Jordan with Meredith/Richardson in the bowling department.  [WATCH: Tamil Nadu team ‘celebrates’ Punjab Kings’ Rs 5.25 crore bid for Shahrukh Khan]

With the second-highest purse at the auction, RCB looked at plenty to bag and go after big names. With Glenn Maxwell’s entry, as a middle-order batting all-rounder, RCB managed to reduce their dependency on Virat Kohli and AB de Villiers, although Moeen Ali, with a better record than the Aussie, would have managed the same role had the franchise figured out his place in the XI.

To replace Morris, RCB went after Kyle Jamieson, shelling out INR 15 crore to get the New Zealand all-rounder on board, who has an experience of just 38 T20 matches. And managed to replace Aaron Finch with Mohammed Azharuddeen, who had an impressive Syed Mushtaq Ali campaign this season. However, they failed to bag an experienced Indian middle-order batsman and will have to work out the combination using Sachin Baby and Rajat Patidar. An overseas top-order batsman would also have reduced further dependency on the two batting stalwarts, but RCB failed to chase Steve Smith.

Nevertheless, RCB have managed to invest strongly in their batting unit the lineup going down to the eighth spot having earlier bagged Daniel Sams for the Capitals who has shown batting abilities in the recent BBL season. The bowling will largely depend on Yuzvendra Chahal, with Jamieson’s talent in the format yet to be unveiled.

There were primarily three areas of concern for Rajasthan – a top-order batsman where Steven Smith and Robin Uthappa had struggled the previous season, a batting/bowling all-rounder, and death-bowling option. They dealt with the latter two by shelling out the most for a player in IPL history, bagging Morris for INR 16.25 crore while also picking up Mustafizur Rahman. They also added an Indian all-rounder in Shivam Dube. For the top-order spot, which troubled them throughout their previous campaign, the Royals got Liam Livingstone on board at his base price of INR 75 Lakh, who is a strong hitter of the ball and a useful bowling option as well.

WATCH NOW: MOTORSPORTS: Ranier’s NASCAR legacy is the talent he has brought to the sport | Sports News

India women to square off against England in one-off Test 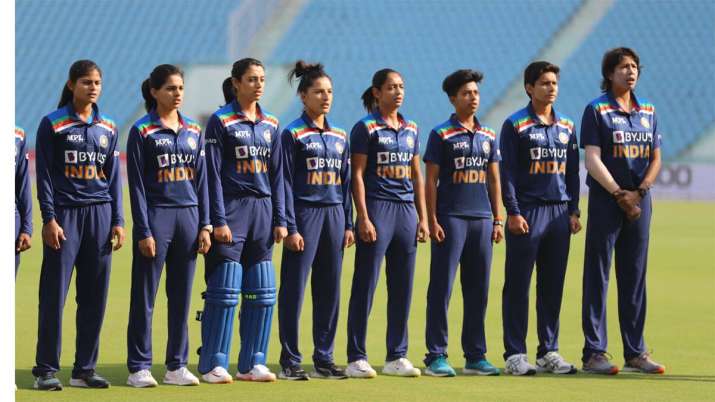 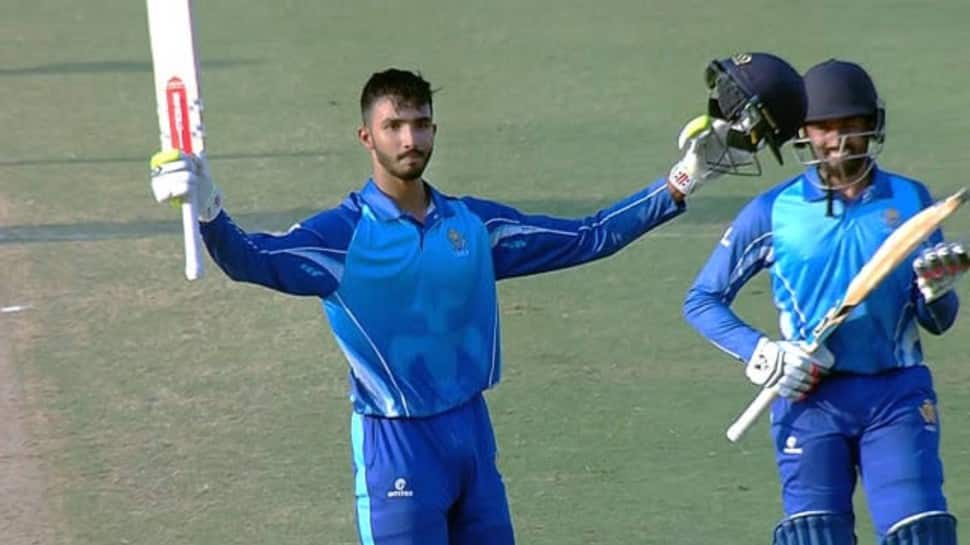