I am happy to report that Pakistan has won yet another world war. Call it WWIII, IV or even Xth, it doesn’t matter because the result remains the same. Now, in what can only be a surprise to Indians, Pakistan has shocked India. A shock that will be remembered by the ‘enemy’ for many years to come. So what happened? A poll happened – on Twitter. And the shock lies in the chronology.

On Tuesday, the International Cricket Council posted a series of tweets from its official handle @ICC, headlining the first “Captaincy proved a blessing for some extraordinary cricketers” and asked users to “decide which of these ‘pacesetters’ were the best among these geniuses!” – India’s Virat Kohli, Australia’s Meg Lanning, South Africa’s AB de Villiers, and the one and only Pakistan’s Imran Khan. After 5,36,346 votes, the winner was decided: “the indomitable Imran Khan”, who received 47.3 per cent votes to emerge as the highest-rated captain, 1 per cent more than Virat Kohli’s 46.2 per cent.

Who would you rate as the best among these giants?

The results are out!

The indomitable Imran Khan has emerged as the highest-rated captain, beating Virat Kohli, Meg Lanning, and AB de Villiers in the poll 🙌 pic.twitter.com/HAX4piHmeB

The most important and fair poll

How do you think it felt? Of course, it was akin to winning the innumerable ‘world cups’ since Imran Khan became the prime minister of Pakistan. Will January 13 become a national holiday in Pakistan? The breaking news on TV channels, the congratulatory messages from the ministers only proved how the poll was no joke but a matter of national pride. Now even the ICC is shocked. Overheard that Ertugrul came back to life to vote for Khan. Shocking, if untrue. 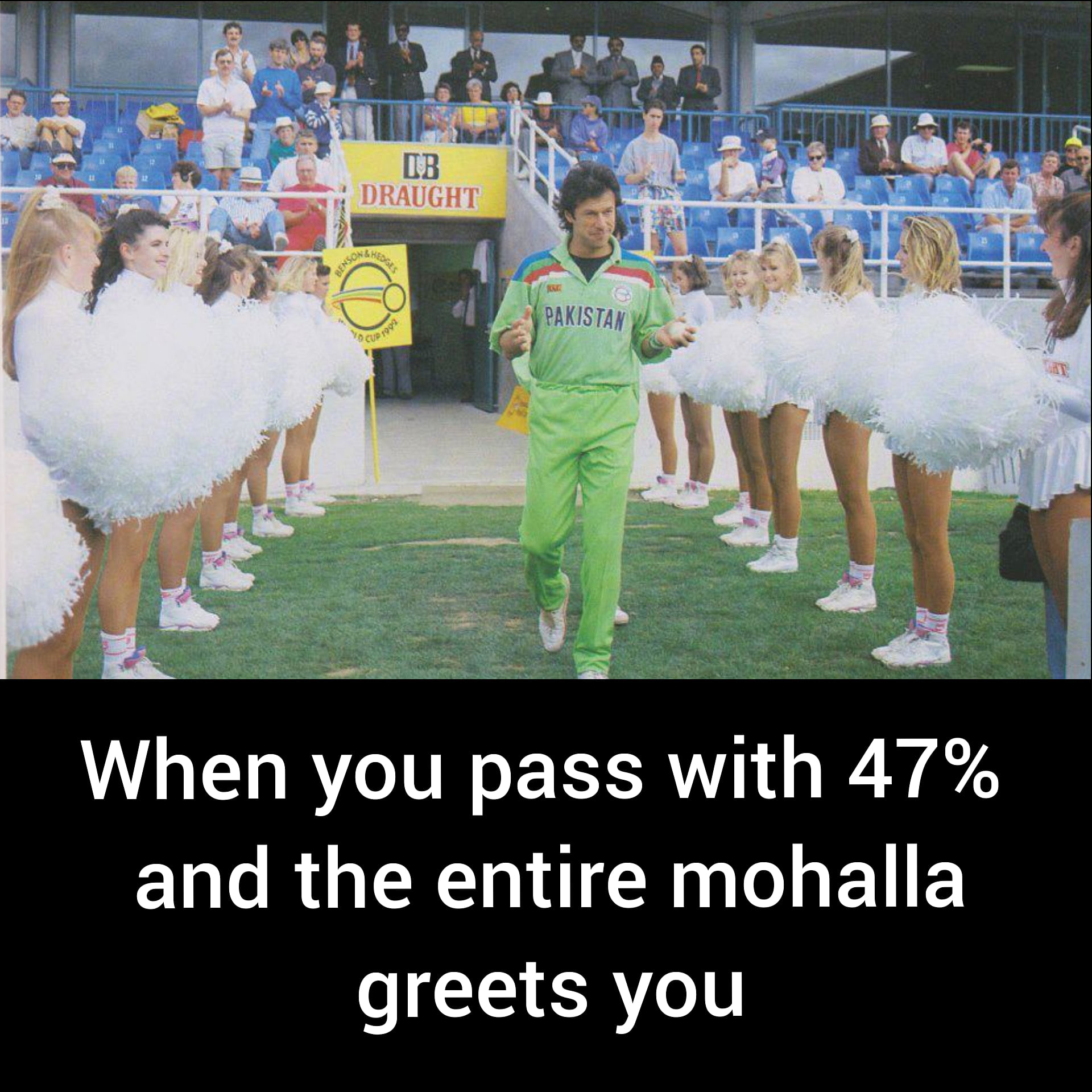 Soon enough, hashtags like #PakistanShocksIndia and #CongratsPMIK started raining on Twitter. Khan was “our proud” once again and nothing else mattered. The countrywide blackout from last week or the inability of the government to procure Covid-19 vaccine for 80 per cent of the population didn’t matter anymore. Nor did the ICC snubbing Pakistani cricketers in its ‘Teams of the Decade’ list. Consider all that erased, for this win is like none.

Things are simmering. Ask the Indian man from Rajasthan who betrayed his country only for nudes from Pakistan. Which means there is another weapon of mass destruction in our kitty to deal with our enemies or frenemies.

Twitter or no Twitter, the ICC poll remains freer than the wind, fairer than the moon. It is also one of the most free and fair polls held anywhere in the world, including the 2018 general elections of Pakistan. After all, it doesn’t always matter who is stuffing the ballots; what matters is who is winning. And in this case, yet again, it was our Kaptaan. Some suggest that this win should go on Khan’s Linkedin; I propose that a mention on Twitter bio should suffice.

Also read: Pakistan still obsessing over Abhinandan. How about an update on Israeli pilot Army ‘caught’

Fear among Indians, respite for Khan

Opponents would cry dhandli (malpractice) on this ‘free and fair’ exercise. They will say things like Kohli was winning, and then next minute he was losing. That Khan had inside help from India where some people wanted Kohli to lose, which, on this side of the border, is another diplomatic win for Pakistan. Though the only help came from applying kaali daal. But anything is possible in love and Twitter polls. I say given the severity of the matter and the kind of accusations that are being thrown around, India and Pakistan could consider fighting it out in the International Court of Justice (ICJ). After all, we all know how things can quickly get scary between the two nuclear neighbours.

Indians are afraid that the ICC poll might become bigger than the “Tea is fantastic” moment. It is this fear that will now keep them sleepless for endless nights. Who knows there might be another Twitter poll on whether ‘Kashmir Banega Pakistan’ – Indians can’t set themselves up for another ‘shock’ because we all know who will win that battle too. Foreign Minister Shah Mahmood Qureshi will no longer need to look up to the next president of the United States, Joe Biden, to resolve the Kashmir dispute. As if his predecessor was of so much help to the Imran Khan administration.

Winning in the alternate universe has now become a habit for PM Khan. There is an economic turnaround happening on his Twitter world. That the exports of India and Bangladesh showed negative growth in November-December 2020 is a cause of celebration for Pakistan. There is also a win against corruption. Though the case of UK-based firm Broadsheet, which was hired by the Pakistan government to trace assets of Sharifs and Bhuttos, ended up with the company suing the government and winning billions in litigation. After receiving flak from all quarters over its inept handling of the attack on Hazara community and then calling the mourners ‘blackmailers’, the poll win comes as a welcome surprise if not a shock. All shocking wins count, even if they are on Twitter.

The author is a freelance journalist from Pakistan. Her Twitter handle is @nailainayat. Views are personal.

Why news media is in crisis & How you can fix it

But the news media is in a crisis of its own. There have been brutal layoffs and pay-cuts. The best of journalism is shrinking, yielding to crude prime-time spectacle.

ThePrint has the finest young reporters, columnists and editors working for it. Sustaining journalism of this quality needs smart and thinking people like you to pay for it. Whether you live in India or overseas, you can do it here.

It s been fantastic journey with Odisha Sports Kushal Das-ANI