The 6th match of the T20 India Nippon Cup 2021 will be played between Heron Sports and Sheen Sports at the Samprasiddhi Sports Estadio in Bengaluru.

This match will start at 01:30 PM IST and local time. It will be live on Youtube channel of Women’s Criczone.

Sheen Sports will take on Heron Sports in the second match of Day 3 of the Nippon Cup 2021. The two teams have had contrasting results so far in the tournament. While Sheen sports have won both their games, Heron Sports had to suffer losses in the two games they have played.

Heron Sports would be heartbroken after the 1-run loss against Kini RR Sports. They will look to bounce back from that defeat and turn things around but it wouldn’t be easy against a good-looking Sheen Sports who are coming into this game with an easy win against Ameya Sports.

Scattered thunderstorms are predicted in Bangalore with the chances of rain being almost 50 percent. The humidity will be high and the temperature will be around 24 degrees Celsius.

The track at the Samprasiddhi Sports Estadio seems to have slowed down a bit and scorings runs hasn’t been easy. The number of runs scored in the four games has been decreasing.

Jemimah Rodrigues, the star batter, has scored 99 runs in 2 innings averaging almost 50 and striking at almost 127.

Rakshitha Krishnappa, the Sheen Sports’ skipper, scalped 3 wickets for just 15 runs in her 4 overs and scored a match-winning 21 against Ameya Sports in the previous game.

Shoaib Akhtar criticises Pakistan over their performance in New Zealand

Divya Gnanananda has scored 89 runs in 2 innings at an impressive strike rate of 150.64 and an average of 89.

Minu Mani, the all-rounder, has been in good form with both bat and ball. She has scored 58 runs and has picked up 4 wickets. 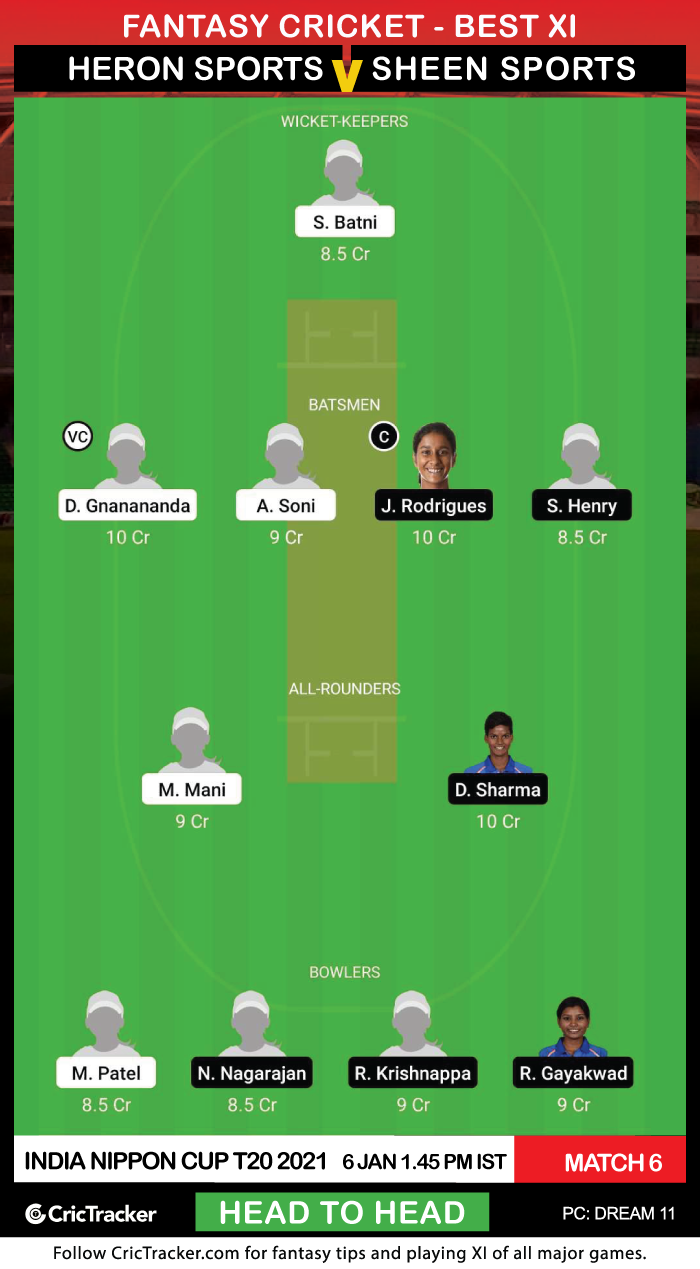 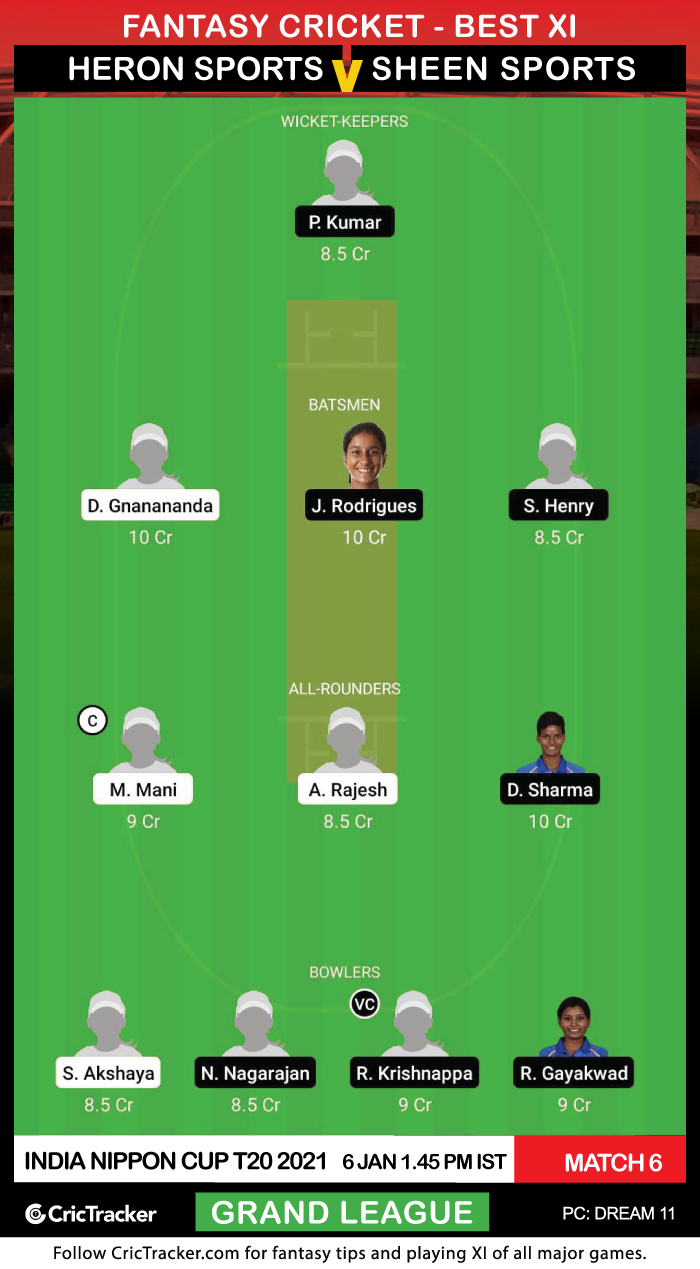 Minu Mani will be a valuable pick for her all-round abilities and can be a game-changer if appointed Captain for your Dream 11 fantasy team.

College Football Has a Competition Problem