Denny Hamlin has been one of the highest-paid NASCAR drivers during his career. He drives the No. 11 Toyota Camry. He also drives in the NASCAR Xfinity Series, where he is behind the wheel of a Toyota Supra.

See the List: Most Successful Athlete From Every Decade

In 2020, Hamlin was the third-highest-paid NASCAR driver on the track, earning $13.1 million in salary and prizes and another $1.5 million in endorsements and licensing, including a long-time agreement with Nike’s Jordan brand, according to Forbes. From June 2018 to June 2019, Hamlin earned $14 million on the track, according to Celebrity Net Worth.

Read: The Richest Athletes in the World

Hamlin won the Daytona 500 in 2016, 2019 and 2020. In 2016, NASCAR stopped disclosing the total purse for races or winners’ earnings, but the 2015 winner, Joey Logano, earned more than $1.5 million, according to Sporting News. Sports Casting reported that about 40% to 45% of winnings go to drivers, while the rest is divided between their team.

Check Out: Pro Athletes Who Have Lost Millions of Dollars

In 2020, NASCAR once again revealed the prize purse, which was the largest in the history of American Motorsports, according to Sporting News. As the 2020 winner, Hamlin may have received at least $2 million of the total $23.6 million purse, Sporting News surmises.

Net worth information is sourced from Celebrity Net Worth and accurate as of March 1, 2021.

This article originally appeared on GOBankingRates.com: How Rich Is NASCAR Driver Denny Hamlin?

NASCAR: 3 new rivalries that we did not see coming – Beyond the Flag 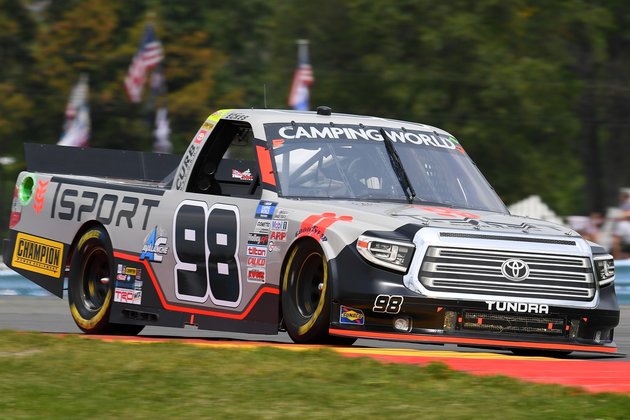